Results are from an online survey of over 50,000 users of a popular app; respondents say they will steer clear for at least two months even if services resume 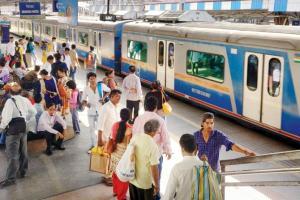 People seem to be wary of getting back onto local trains that are mostly packed to capacity. File pic


When will Mumbai's lifeline get back on track? Everyone seems to be asking the question, but surprisingly, not everyone is ready to board local trains yet. Given the COVID-19 scare, about 61 per cent of the passengers in a survey have said that they will wait for the next two to three months to catch a local again.

The survey was conducted by none other than the makers of one of the most popular train local apps, the m-Indicator, and the results have been a surprise.

"A public survey was conducted of over 50,000 commuters on May 27 to understand whether people would like travel by Mumbai's local trains if the lockdown is lifted. At least 61 per cent of the people said they will not travel by local train at least for the next two to three months, even after trains restart," Sachin Teke, founder of the app, who worked on creating the poll said.

Of the passengers, only about 39 per cent showed willingness to travel immediately. "This survey helps to understand the mindset of the commuting public as of today," Teke added. The m-Indicator app was launched by Teke, an engineer from VJTI, in May 2010 under the brand name Mobond, a combination of 'Mob' and 'Bond', suggesting its aim is to 'bond the mob' or 'bonding the angry crowd'. 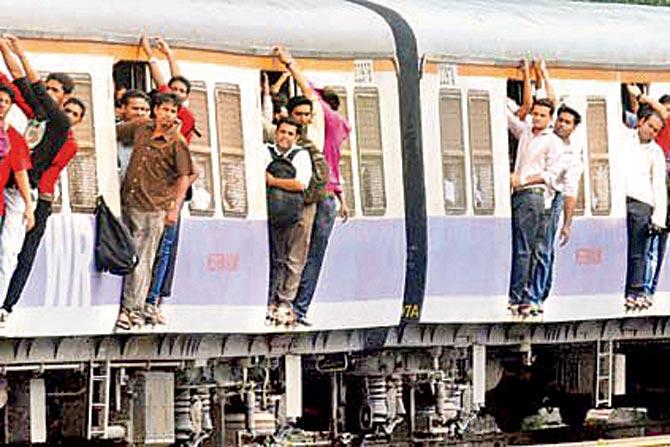 Mumbai's local trains are infamous for the crowds. File pic

Teke has been a struggling commuter himself, and developed the app after realising that there is no way to know the expected time of arrival of a train or any dynamic timetable app. After graduation in 2006, he worked for a software firm and developed mobile applications. During this time he travelled from Nerul to Seepz, Andheri, using all modes of transport. The result of the frustration and experience of this commute is the m-Indicator.

Modes of transport to change

A recent paper by The Energy Resources Institute (TERI) also echoed somewhat similar sentiments. It said the urban transportation landscape is likely to undergo significant changes due to the ongoing COVID-19 crisis. Increased risks associated with crowded places combined with social distancing measures in public and shared transport are likely to affect modal choices of commuters.

TERI said about 35 per cent of respondents in its survey stated that they are likely to change their mode of transport for work trips post the COVID-19 lockdown. A sharp decrease has been reported in the usage of bus and metro services, and instances of shared mobility have dropped as well. This is expected to shift to the use of private vehicles and intermediate public transport (IPT) such as taxis and auto rickshaws. The largest decrease was seen in the modal share of metro services (9 per cent) followed by buses (4 per cent), and local trains (1 per cent).

61
Percentage of people in survey who want to delay commute

80 l
No. of daily commuters on Mumbai locals normally