So far, 10,40,507 persons have been discharged post recovery, including 100 during the day, leaving the city with an active caseload of 844, the official said 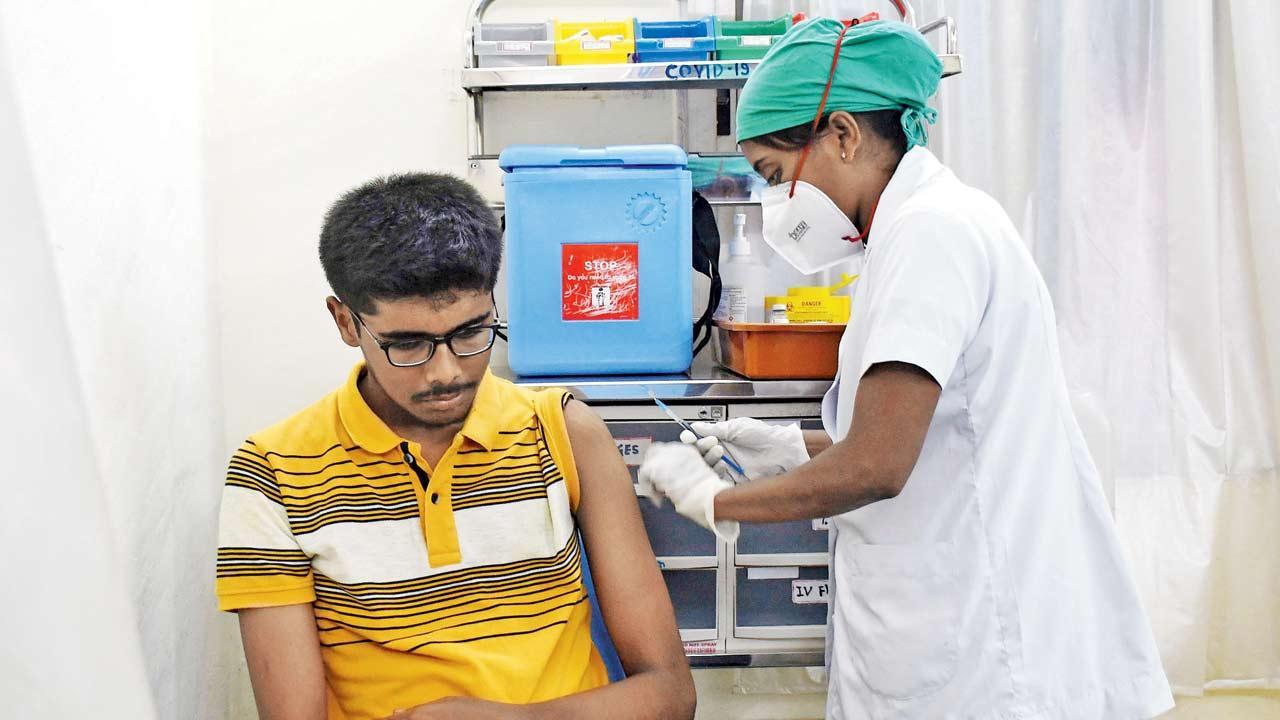 A teenager receives the vaccine at BYL Nair Hospital on Tuesday. Pic/Ashish Raje


Mumbai on Tuesday reported 122 Covid-19 cases, a steep rise from the 63 cases detected a day earlier, and the seventh time the daily addition to the tally was above the 100-mark this month, a civic official said. So far, 10,40,507 persons have been discharged post recovery, including 100 during the day, leaving the city with an active caseload of 844, the official said.

Of the new cases, only two required hospitalisation, though they are not in need of oxygen support, the official said, adding that just 25 of the 25,249 hospital beds earmarked for Covid-19 treatment were currently occupied. The Brihanmumbai Municipal Corporation data showed the positivity rate was 0.015 per cent, the recovery rate was 98 per cent, while the overall growth rate of cases between May 3 and 9 stood at 0.010 per cent.

Maharashtra on Tuesday reported 223 Covid-19 cases and two deaths, taking the overall tally to 78,79,622 and the toll to 1,47,849, a health department official said. The twin coronavirus-linked deaths took place in Ulhasnagar Municipal Corporation limits, part of Thane district which falls in the Mumbai Metropolitan Region, and in Satara, western Maharashtra, he said.

So far, 77,30,370 persons have been discharged post-recovery, including 161 in the last 24 hours, leaving the state with 1,403 active cases, he said. State health department data showed Jalgaon, Nandurbar, Latur, Osmanabad, Akola, Yavatmal, Bhandara, Gondia and Gadchiroli districts had no active case as of Tuesday. The coronavirus recovery rate was 98.11 per cent, while the fatality rate in the state stood at 1.87 per cent, as per health department data.

100
Patients recovered and discharged in city on Tuesday