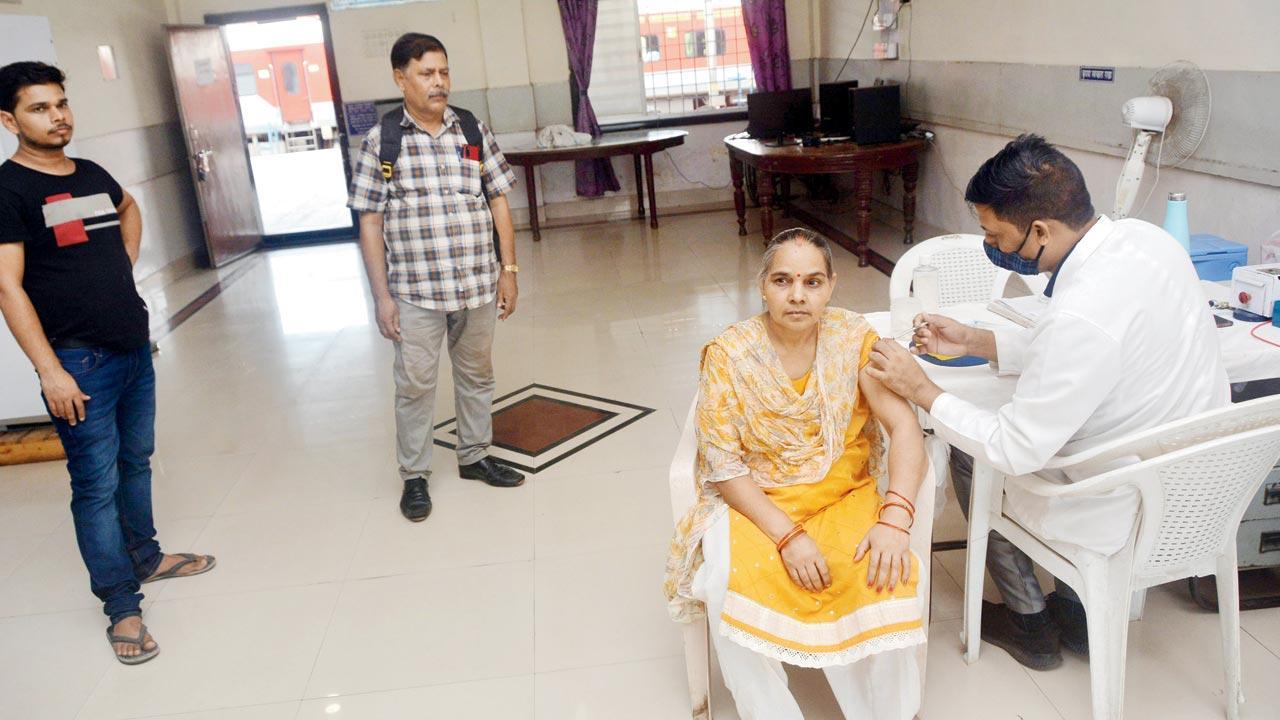 A woman gets vaccinated during a drive on Platform no. 18 at CSMT. File pic


The test positivity rate in the city dropped to 10.64 per cent on Wednesday as opposed to around 12 per cent recorded over the past few days. Of the 14,129 samples tested, 1,504 came positive. Mumbai also reported three deaths due to the infection.

Of the new cases, 65 patients needed hospitalisation including 18 requiring oxygen support. With this, the total COVID tally of the financial capital has reached 11,11,227 and the active case count stood at 11,844. As on Wednesday, 681 patients were undergoing treatment at hospitals while the rest were in isolation at home or institutional quarantine.

As per the officials from the Brihanmumbai Municipal Corporation, the deceased included a 64-year-old woman who had diabetes and ypertension, a 37-year-old man and 84-year-old man with chronic kidney disease. The death toll in the city has gone up to 19,609.

Maharashtra also reported 7 deaths. Apart from three deaths in Mumbai, Thane reported two fatalities while Vasai-Virar and Kolhapur reported one death each. The total death toll has now reached 1,47,922 and the fatality rate is 1.85 per cent, as per the state health officials.

Next Story : Day after Uddhav's resignation, BJP to hold meetings in Mumbai to decide next course of action