BMC says cases are sporadic in nature, but yet to ascertain reason behind rise; starts testing those with cold, cough at dispensaries 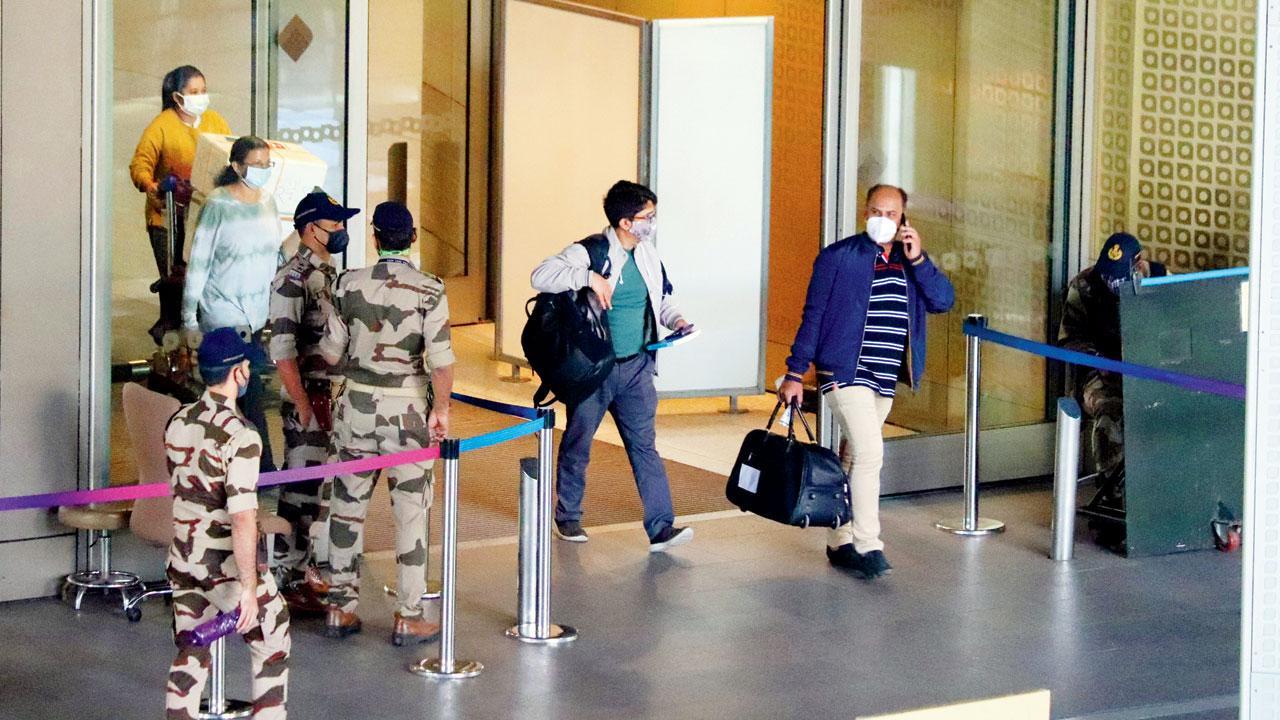 Passengers arrive at Mumbai airport. Experts said a number of cases are getting detected while testing before travelling. File pic


The test positivity rate of Covid-19 in Mumbai has seen a rapid increase, from below one per cent last month to three per cent as on Wednesday. The number of active cases in the city have doubled in the last 10 days from 885 to 1,531 while the number of daily tests remained the same at around 8,000. Experts said a majority of the cases are getting detected while undergoing mandatory testing before travel or surgeries. Hospitalisations, however, remained low with most patients being asymptomatic or having mild infection.

Test positivity rate is the number of positive cases reported per 100 tests. After the third wave receded, the TPR remained below 1 per cent in March, till the first half of April. On April 5, TPR stood at 0.9 per cent and there were 532 active cases in the city. The figure rose to 1.6 per cent in the next 10 days on May 5, and has further increased to 3.2 per cent on Wednesday.

Health officials of the Brihanmumbai Municipal Corporation are analysing cases on a weekly basis, and are yet to ascertain the cause behind the trend of rise in infections.  “It will take another few weeks to clear the air on whether it is just a normal increase or a start of a new wave. We cannot claim anything as of now,” said a BMC health official.

“Cases are rising and the test positivity rate is now 3 per cent. We are keeping watch. Hospitalisation too increased in the past two days, but most of them are asymptomatic or mild symptomatic cases. Some wards are getting more cases but they are not in clusters,” said Dr Mangala Gomare, executive health officer, BMC. She added that cough and cold cases generally increase in this period and mask compulsion has also lifted, which may be the reason behind rising numbers.

“Nowadays, people get tested only when it is mandatory, such as for international travelling or medical procedure. The positivity rate has been increased but the cases are sporadic in nature,” said Dr Suresh Uchale, medical officer of D ward. He added that though the BMC increases surveillance, there is reluctance among people to get tested. However, the civic body has again started testing those who come to dispensaries with cold and cough. During the peak of the third wave, the TPR was nearly 28 per cent and the daily tests went beyond 70,000 during the first week of January.

Next Story : 14-month-old lives with a peanut in lungs for 3 weeks