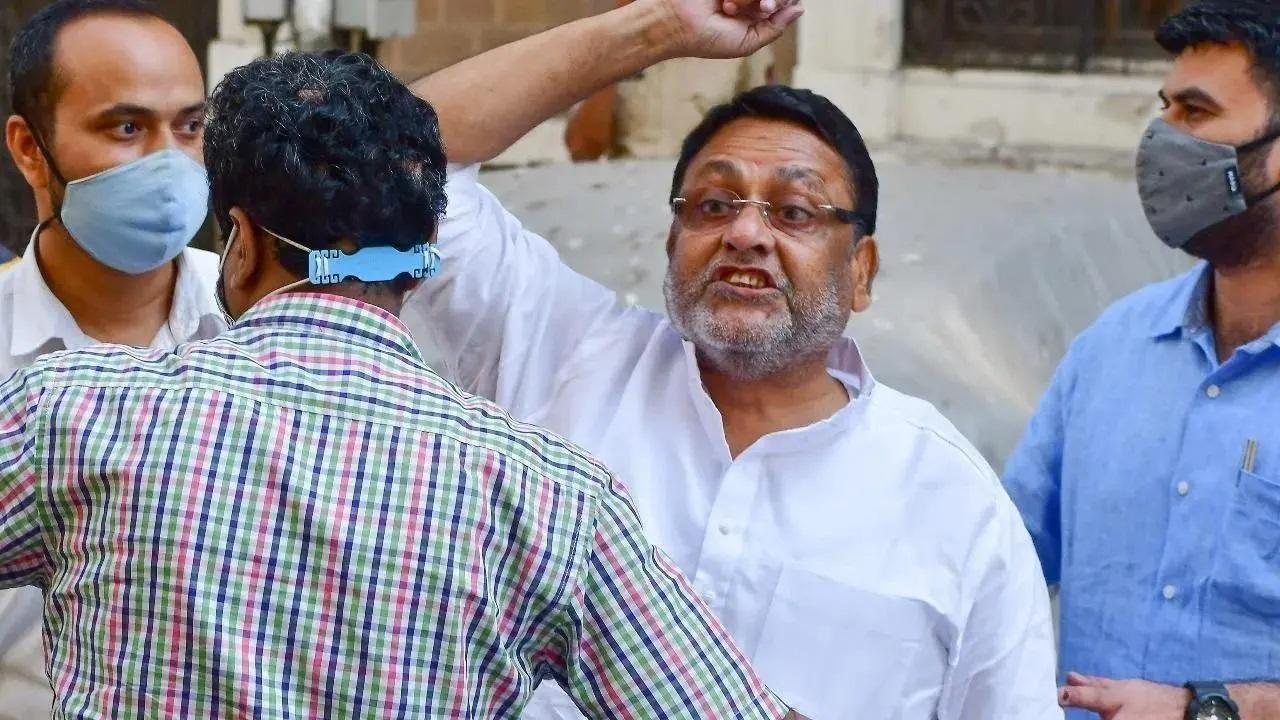 
Maharashtra Minister and Nationalist Congress Party (NCP) leader Nawab Malik has had links with fugitive gangster Dawood Ibrahim's D-company for a long time, according to the investigation of the Enforcement Directorate against him in connection with a money laundering case.

The Enforcement Directorate has filed a prosecution complaint (chargesheet) before the Special PMLA court in Mumbai.

In the prosecution complaint, the ED elaborately mentioned Malik's alleged link to the D-company, and purported conspiracy to "usurp" the Goawala building compound in Kurla West in 1996.

Dawood Ibrahim's nephew Alishah Parkar was questioned by Enforcement Directorate (ED) officials in Mumbai on Monday, regarding the gangs active in Mumbai and other areas of the country. Alishah is the son of Dawood's sister, Haseena Parkar, who died in 2014 after suffering a heart attack.

Dawood Ibrahim's nephew Alishah Parkar has given a statement to ED under Section 50 of the PMLA Act during the investigation of the PMLA case against Malik. In the statement, Alishah has said that until her death, his mother was involved in financial transactions with Dawood Ibrahim for a long time. He also mentioned Salim Patel who was one of his mother's associates. Salim Patel was an onion trader and dabbled in property dealings with his mother.

Alishah further said that Haseena Parkar and Salim Patel had settled the dispute in Goawala Building and took over part of the compound by opening an office there.

Alishah added that later, Parkar sold a portion of the Goawala Building controlled by her to Nawab Malik. He was not aware of the money paid by Nawab Malik to his mother and Patel, the chargesheet pointed out.

A special court on Friday took cognisance of the Enforcement Directorate's chargesheet against Nationalist Congress Party's leader Nawab Malik and said there is prima facie evidence to indicate Malik was directly and knowingly involved in the money laundering and criminal conspiracy with others to usurp Goawala compound in Kurla. The court has issued a process against him and the 1993 bomb blast case accused Sardar Shahwali Khan, who is also named in the case.

Next Story : Mumbai: What about encroachment near Vanrai police station, asks BJP secy