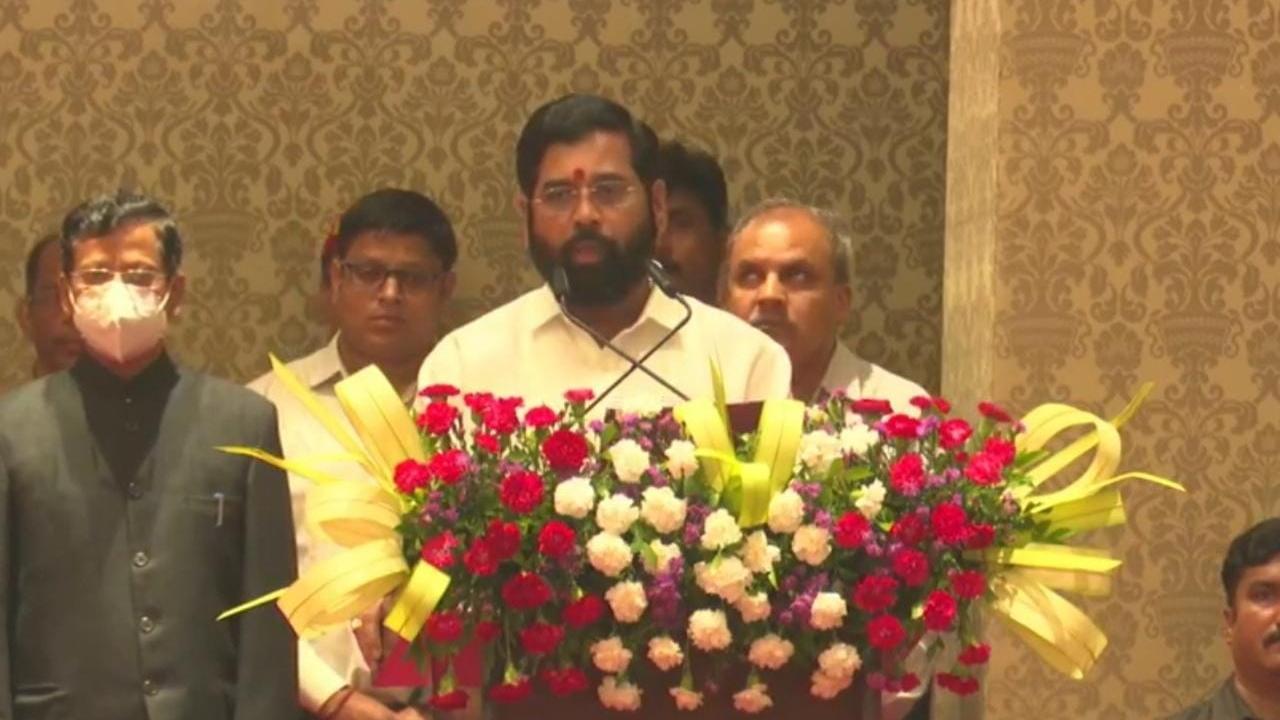 
A day after Shiv Sena leader Uddhav Thackeray announced his resignation from the post of Chief Minister of Maharashtra, Eknath Shinde took the oath as the Maharashtra CM on Thursday. The development brought to an end the 31-month-old Maha Vikas Aghadi (MVA) government in the state.

Bharatiya Janata Party (BJP) leader Devendra Fadnavis made the announcement on Thursday after meeting Governor Bhagat Singh Koshiyari to stake a claim to form the government in the state.

Also Read: No hindrance from our side to rebels if they tie up with BJP: Sanjay Raut

Reportedly, at present, the BJP has 106 MLAs in the 288-member Maharashtra Assembly and Shinde is leading around 39 rebel Shiv Sena legislators and some independent MLAs. The majority in the Assembly is 144.

Shinde, who has been leading a rebellion against Uddhav Thackeray following the Maharashtra Legislative Council polls, met Fadnavis at the latter's residence where the decision of the oath taking ceremony was also declared.