The probe agency reiterated that Teltumbde is a senior member of the CPI (Maoist) and working in urban areas, and claimed that there was evidence about the allocation of Rs 10 lakh by the CPI (Maoist) to him for his international campaign and visits for the furtherance of its agenda 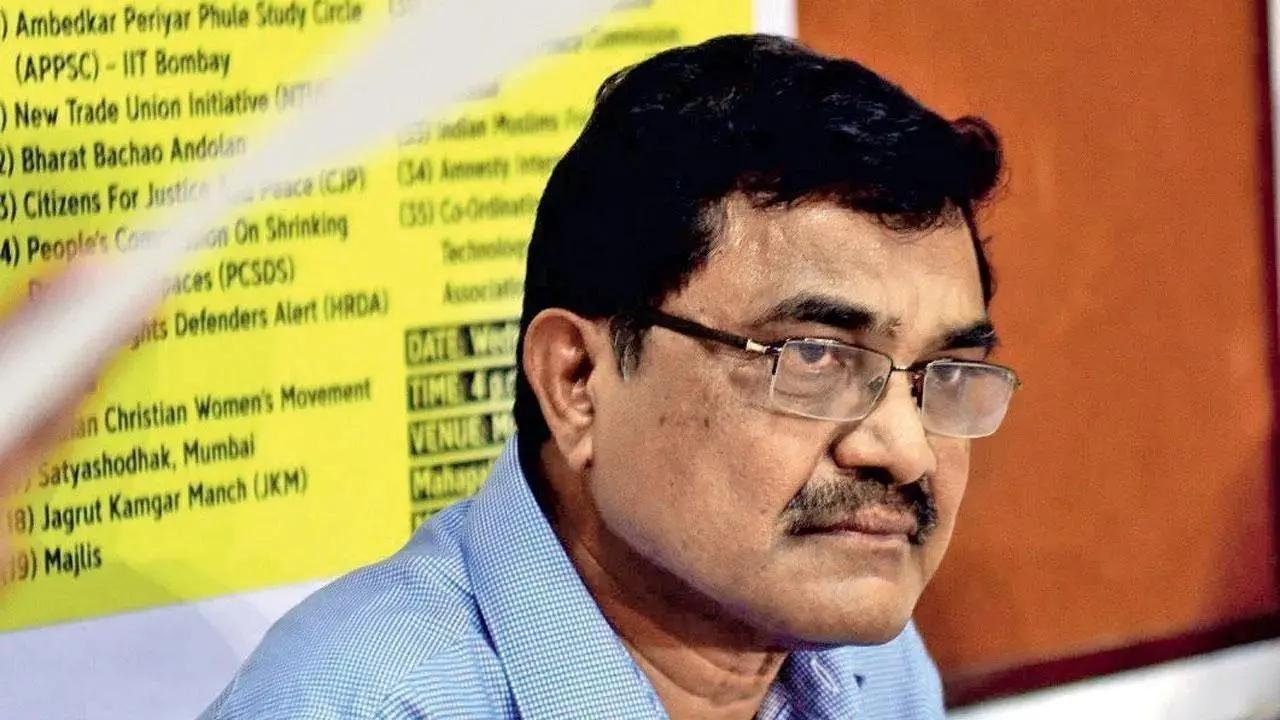 
Activist Anand Teltumbde, an accused in the Elgar Parishad-Maoist links case, used to visit countries like Canada, Pakistan and the USA to further the activities of CPI (Maoist) at the international level, the NIA told a special court here on Wednesday.

The probe agency reiterated that Teltumbde (accused number 10) is a senior member of the CPI (Maoist) and working in urban areas, and claimed that there was evidence about the allocation of Rs 10 lakh by the CPI (Maoist) to him for his international campaign and visits for the furtherance of its agenda.

The National Investigation Agency (NIA) made these claims in its written reply to the discharge plea filed by the activist before the special court judge D E Kothalikar.

In his plea filed through his lawyers Sathyanarayanan and Neeraj Yadav, Teltumbde has claimed that the probe agency has not produced any material to show that he is a member of CPI (Maoist) or his alleged role in the Elgar-Parishad case.

Teltumbde (70) was arrested in April 2020 for his alleged links to the Elgar Parishad case and has been lodged in Taloja jail in Navi Mumbai.

In its reply, the NIA said, "In order to further the activities of CPI (Maoist) on an international level, he used to attend international conferences under the guise of his visits to Canada, Pakistan, USA, France, etc."

In these conferences, he used to exchange literature on ideology, training and working strategy of CPI (Maoist) with international communist organisations, it said.

The probe agency further said that the accused used to meet his brother Milind Telmambde during his urban area visits and share the literature of Maoist ideology collected during international conferences.

The Maoist literature/videos were used for training and strategic development of party members after approval in Central Committee (CC) members meeting in the Abujmaad area, the NIA added.

Rebutting a claim of Anand Teltumbde, the agency said that investigation has revealed that the role of the accused (Teltumbde) in connection with the Bhima Koregaon programme was appreciated by the Central Committee of CPI (Maoist) and there is evidence on record that a direction was given to him to "keep the fire ablaze".

"There are evidences on record about the allocation of Rs 10 lakh from the end of CPI (Maoist) to Anand for his international campaign and visits for the furtherance of the CPI (Maoist) agenda," the central probe agency said.

The NIA further said its investigation has revealed that accused Anand Teltumbde is a senior member of the CPI (Maoist) and working in urban areas.

Bharadwaj, Arun Ferriera, Vernon Gonsalves, Stan Swamy (deceased), Hany Babu and members of the CPI (Maoist). He was the general secretary of CPDR and a member of 'Anuradha Ghandy Memorial Committee' (AGMC).

The probe agency said that evidence collected during the investigation revealed that Teltumbde was one of the conveners of Elgar Parishad and Bhima Koregaon Shauryadin Prerna Abhiyan programme and was present at Shaniwar Wada in Pune when the Parishad was held on December 31, 2017.

The case relates to alleged inflammatory speeches delivered at the 'Elgar Parishad' conclave, held at Shaniwarwada in Pune on December 31, 2017, which the police claimed triggered violence the next day near the Koregaon-Bhima war memorial located on the city's outskirts.

The Pune police had claimed the conclave was backed by Maoists.

The probe in the case, in which more than a dozen activists and academicians have been named as accused, was later transferred to the NIA. The court will hear the matter further on May 23.

Next Story : Out of 2,400 temples in Mumbai, only 24 have permission to use loudspeakers: Police