Devendra Fadnavis chose to opt out of the government when he found he won’t be the CM, but the prime minister and BJP leaders are said to have wanted him in it to keep the reins in its hands 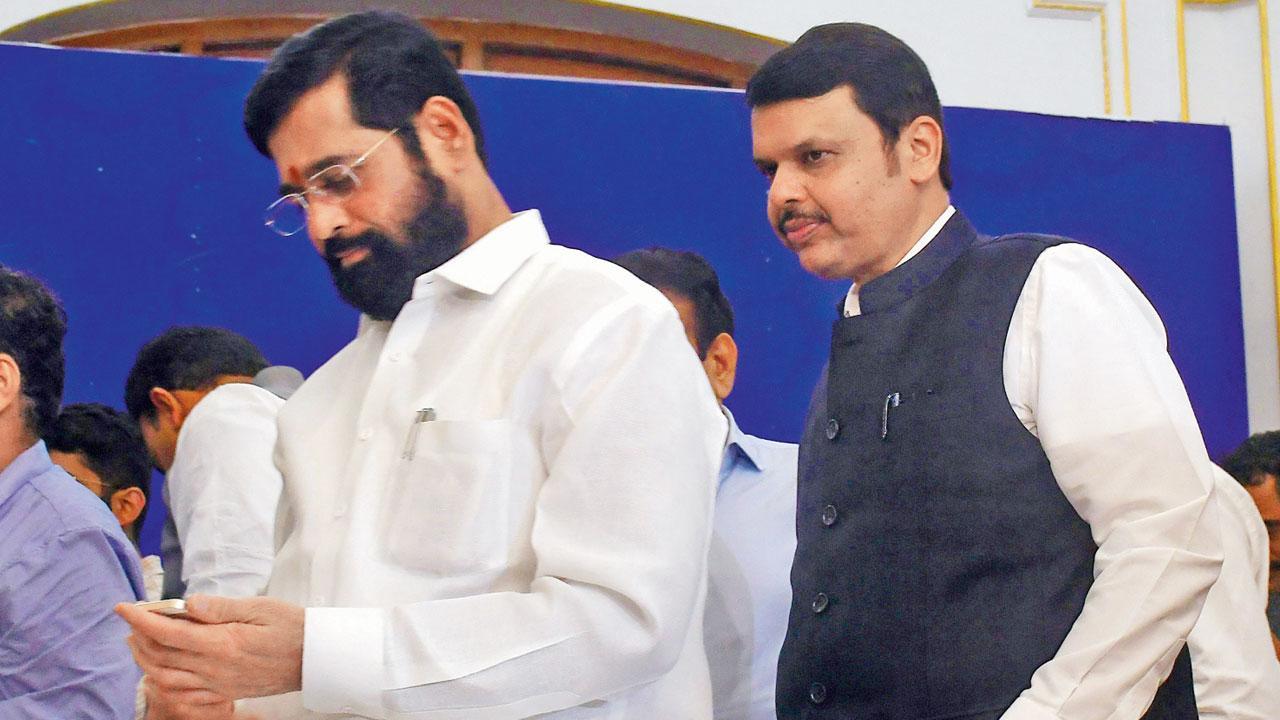 
All’s well that ends well, but Bharatiya Janata Party (BJP) workers have been talking about the high voltage drama that culminated in Devendra Fadnavis being convinced to be a deputy chief minister in the Eknath Shinde cabinet, a little ahead of the swearing-in ceremony on Thursday evening.

Initially, Fadnavis said he would sit outside the cabinet while announcing the alliance government with the Shiv Sena rebel group that the BJP has supported with its full strength. A coup of an intensity Uddhav Thackeray and his Maha Vikas Aghadi allies wouldn’t have thought of, was accomplished the moment Shinde was sworn in as the new CM. But the mission had many layers, with the final one unravelling when the Raj Bhavan was preparing for the ‘single oath’ ceremony.

It is no secret that the coup was orchestrated by a select few in the BJP’s Delhi command team, and not many were aware of it before the explosion took place on the evening of June 20. Whether Fadnavis was fully introduced to the terms and agreement the negotiators had with Shinde before the loyalty shifted, is also being talked about.

It is also said that Shinde attempted a hard bargain and succeeded in negotiations. Another view in the BJP is that the party chose to put Shinde in the saddle and keep the reins in its hands, because it was not fully confident of the rebel flock’s integration. A rich reward would bind them and hence Shinde was made the CM, said a source.

It was not possible to establish immediately whether Fadnavis knew offhand that he wasn’t the first choice, and when he was told about it - may be in the last stages of the power transfer saga - and the responsibility of announcing it fell on him, he chose to opt out on his own, added the source.

Another thought that is making rounds, is that the party ensured that Fadnavis’ public appeal remained unhurt; the party MLA and cadre’s disappointment was kept low, if not addressed fully, when the high command itself engineered the situation in which the ex-CM was ceremoniously asked to take up the job. Prime Minister Narendra Modi is reported to have called Fadnavis twice and tweeted why the young leader was so inspiring and important to the party and the government in the making.

Party president JP Nadda made a public statement praising the ex-CM’s sacrifice, but insisted that the party’s high command wanted him in to run the show, albeit from the DyCM’s office.

The party did not grant Fadnavis’ wish to lead the state unit of the party, which would need a new head after the incumbent Chandrakant Patil was inducted in the Cabinet. Instead of making him function as a remote control, the role which would face restrictions in a coalition like this, the BJP asked Fadnavis to use his experience to manage it from within the government.

Since his elevation in 2014, Fadnavis has emerged as a force to reckon with and to be taken on by the adversaries who have grown in number over the past eight years, within and outside the party. It is up to the big daddies of the party to let him spread his wings again and take flight.

Next Story : Maharashtra political crisis: Will the new CM, CP think about us, ask constables