The woman fashion designer has filed a case against Armaan Kohli for allegedly abusing her on the phone over some monetary issue. 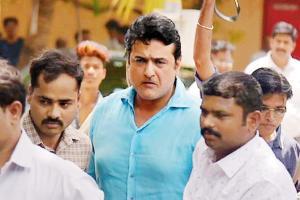 
The Versova police have registered an FIR against Bollywood actor and ex-Big Boss contestant Armaan Kohli and his friend Dilip Rajput for allegedly abusing a woman fashion designer. The police said the woman, who is a friend of the two men, had filed a case against Kohli for allegedly abusing her on the phone over some monetary issue.

The FIR was registered on December 2. As per the woman's complaint, she had met Kohli through a common friend at a party in Juhu a few months ago. Recently, at a party in Versova, Rajput allegedly verbally abused her and later Kohli called her up and used foul language.

An officer from Versova police station said, "An FIR has been registered against Arman Kohli and his friend Dilip Rajput under section 509 (word, gesture or act intended to insult the modesty of a woman), 506 (punishment for criminal intimidation), 34 (common intention). We are investigating the matter."

When mid-day reached out to Arman, he said, "It's a complaint against someone else and my name is being dragged into this. It will be cleared, it is not a big issue. Once it gets cleared, I will speak to you. I will give you my side of the story soon, just wait for the correct news."

In June this year, Kohli was arrested by the Santacruz police for assaulting his former girl Neeru Randhawa. While Kohli was picked up from his farmhouse at Lonavla following the complaint, Randhawa later withdrew the case against him.