According to the officials, the wall collapsed following heavy rainfall in the region 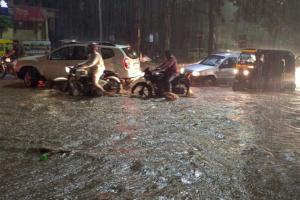 
Pune witnessed heavy torrential rains from the past two days which left the city with the flood-like situation. The road traffic was also affected on the Pune-Bangalore Highway due to a landslide which was reported following the heavy showers. Also in a few areas, the power had been shut down, while in another, the team of National Disaster Response Force (NDRF) carried out rescue operation in Maval. The Pune Police appealed to the commuters to avoid traveling from Pune to Satara, Kolhapur and other areas. 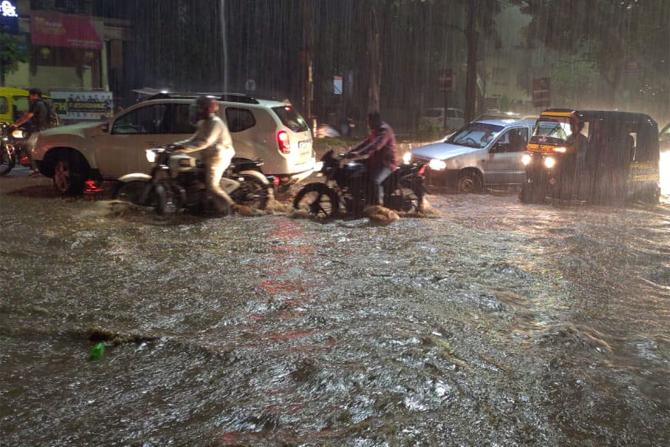 On Wednesday, five persons, including one child, were reported dead after a wall collapsed in Pune's Sahkarnagar area. According to the officials, the wall collapsed following heavy rainfall in the region. During the rescue operation, the Fire Brigade officials recovered the bodies from the debris. 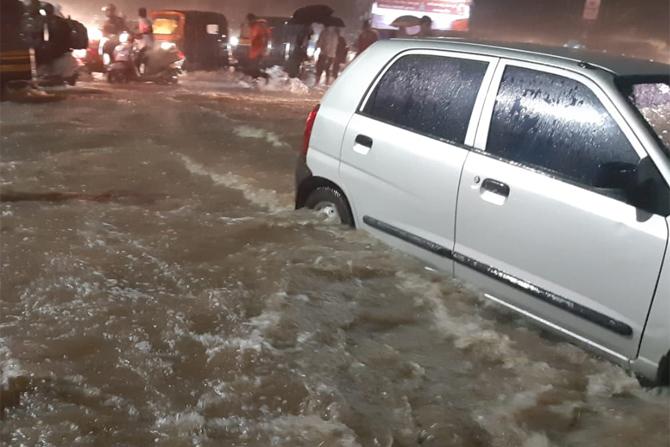 Earlier on Wednesday, the India Meteorological Department (IMD) had forecasted severe thunderstorm in Mumbai and adjoining regions of Maharashtra. On Tuesday, a 10-year-old girl died after being trapped under the debris of a partially collapsed building in the Khar area of Mumbai.

The National Disaster Response Force (NDRF) on Thursday morning found a floating car in which one person was found dead in Pune. Based on the government identity card, the Pune police has managed to identify the deceased as Dattatray Gimre (52). NDRF official stated that "During the rescue operation near Pragya city canal on Sinhagad road, we found a black car bearing number MH-12-PH-0410 rammed against a pole. On inspecting the car, we found one person in it. We provided him first aid and rushed him to hospital but it was already dead."

The Pune city police Deputy Commissioner of Police (Traffic) Pankaj Deshmukh stated, "Please avoid travelling towards Satara, Kolhapur as the roads are still flooded. Also, the landslide at Katraj has stopped traffic on Mumbai Bangalore bypass completely. Please co-operate with Police personnel. Do not indulge in any misadventure as the water current is strong."

Also Read: Stuck in a flood in Mumbai? Boats to the rescue next year

Next Story : Mukesh Ambani is India's richest man for the eighth consecutive year