In a landmark judgment, MahaRERA court held in case of misrepresentation by developer in sales brochure, advertisement buyers can claim full refund, with interest 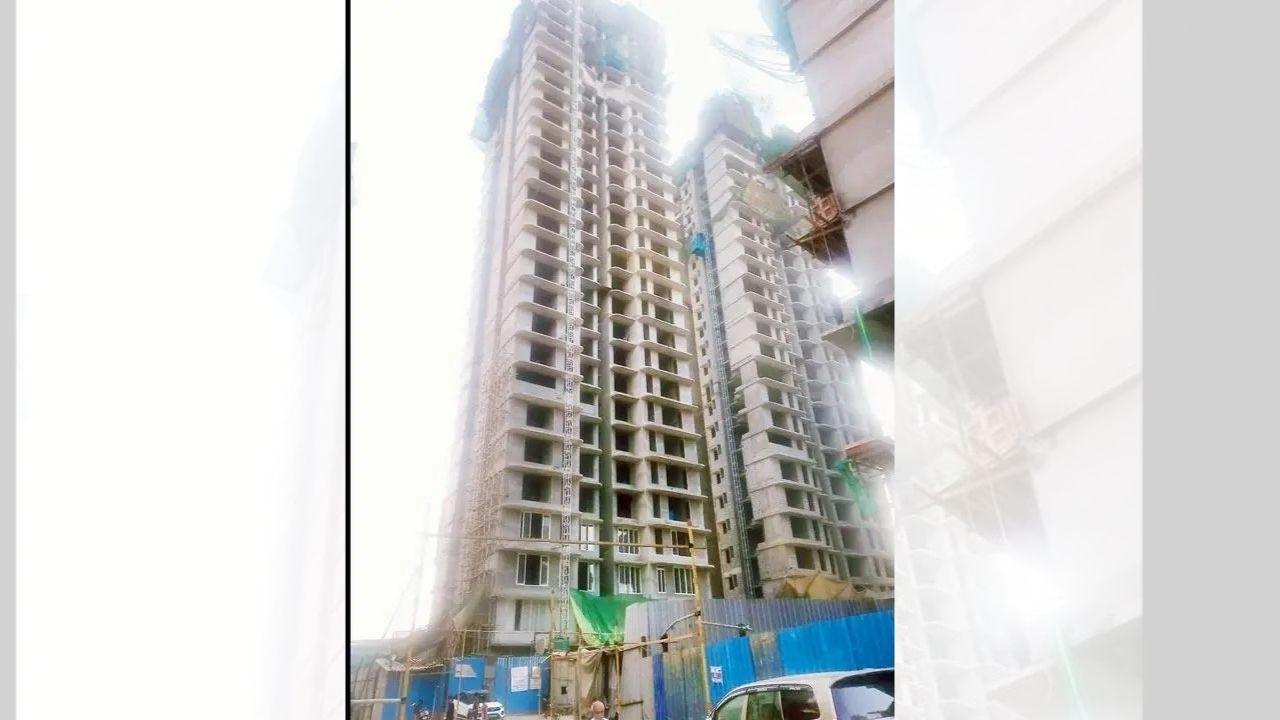 The project in Borivili where the complainants had booked a flat. Pic/Advocate Godfrey Pimenta


The MahaRERA in a recent judgment passed allowed a flat buyer to pull back from a project and also directed the developer to refund the amount paid by the buyer with interest. The real estate body, in its April 22 verdict, observed, “Misrepresentation of facts in a sales brochure or advertisements luring customers, entitles flat buyers to withdraw from the project.” Experts have welcomed the decision and said that the rule of caveat emptor, meaning let the buyer beware, is also applicable for flat buyers under RERA.

MahaRERA was hearing a dispute after a reconciliation attempt to amicably resolve the dispute between Jignesh and Gulab Khemani (complainant) and Shree Siddhivinayak Infrastructure and Reality did not yield any result. The complainant had booked a 595-square feet flat in an upcoming project for a total consideration of over Rs 1.10 crore in Borivli and had paid around Rs 55 lakh to the developer already.

Advocate Godfrey Pimenta, for the complainants, claimed, “The complainants purchased the said flat in the respondent’s project vide letter of allotment dated April 30, 2017 for a total consideration of Rs 1,10,85,960. The respondent had promised the amenities at the time of the booking but have denied the same now. Further, they (complainants) have till date paid Rs 55,58,312 to the respondent and as per the presentation shared by the respondent with them, the possession of the flat was to be delivered on or before December 2019. However, the respondent as the promoter of the project then proposed the date of completion as December 31, 2021, which was later revised to June 30, 2022. When the Khemanis had a meeting with the respondent in his office on January 6, 2021, instead of resolving the issue, the respondent threatened them with cancellation of the said booking. The developer then sent an email the next day stating that since the Khemanis did not pay the amount for the 8th slab, it was terminating the booking and threatened them with forfeiting 20 per cent of the agreement value and taxes etc.”

He added, “Thereafter, the complainants told the developer that they wished to withdraw from the project as per sections 12 and 18 (1) of the RERA Act and sought the refund of the amount paid along with the interest.”

They further added that the complainants were asked to pay the stamp duty registration amount and to register the agreement for sale but they failed to do so, and that as per clause 5 of the allotment letter, upon failure to make timely payments, the booking stands terminated. The clause further states that the amount paid shall stand forfeited and the complainant shall be liable to reimburse the expenses incurred by the respondent.

Dr Vijay Satbir Singh, Member 1 of the MahaRERA bench, observed that the complainants agitated for violation of section 12 of RERA, which clearly provides that if the allottee makes any booking on the basis of any notice, advertisement, brochure and has sustained any loss, he is entitled to seek refund of the entire investment along with interest.

He stated, “The complainants in this case believed the representation and information published by the respondent promoter in the brochure /advertisement which declared the date of possession of this project as December 2017. Believing the said information, the complainants seem to have booked the said flat. Hence, the respondent after giving any specific date of possession, cannot be entitled to change it subsequently, while registering this project with MahaRERA.”

Further, the MahaRERA has also noticed that complainants have put their hard earned money for booking of the said flat and paid substantial amounts to the respondent while the respondent has failed to perform its duties and liabilities as a promoter of a MahaRERA registered project and kept the complainants in lurch. Moreover, the respondent went ahead and unilaterally, terminated the said booking on January 1, 2021 for non payment of outstanding dues, despite the fact that it has failed to complete the project on agreed date of possession.

In view of this, the MahaRERA in its order allowed the complainant to withdraw from the project and directed the respondent to refund the entire amount paid by complainants with interest at the rate prescribed by MahaRERA within a period of two months.

Advocate Pimenta said, “This is an eye opener for developers, who sell dreams by promising several amenities by way of issuing colourful brochures, that if they fail to deliver the promised amenities including possession date specified they shall be held liable and responsible. This will deter them from backing out from the said representations and assurances made to flat buyers.”

Advocate Anil D’souza, secretary of MahaRERA Bar Association, said, “Caveat emptor extends to the seller as well, warning it to be prudent and state only what is tangible, visible and deliverable, importantly in terms of possession date. We have filed cases on promoters on such promised but not delivered amenities, facilities, interior finishing vis-à-vis bare-shell flats etc. as well. It is heartening to note that there are several new orders of the MahaRERA now on Section 12 which deals with veracity of advertisement/brochures etc.”

“In the absence of a registered agreement or even an allotment letter, buyers can prove the promise of the possession dates, vide the advertisements/brochures or any other formal communication by the promoters. We are extremely happy with the order. Consumer, the key stakeholder in the realty industry, should be protected because it’s he who brings in the revenue,” he concluded.

Advocate Vinod Sampat, founder and president of Flat Users Residents Welfare Association, said, “When a builder is making certain promises, whether those promises are in the agreement or in the brochure, the same are binding and have to be complied with. In the event the same have not been complied with, it amounts to an act of deficiency of service and unfair trade practice for which the flat purchaser can take action against the builder by approaching the consumer court or RERA court.”

“The landmark judgments of the Supreme Court in the Jayantilal Investments Vs Madhuvihar Cooperative Housing Society Limited case held that whatever has been mentioned in the brochure have to be complied with. It is an admitted fact that brochures are shown to flat purchasers and various amenities are promised therein. Whenever the amenities shown in the brochure are not provided for, it amounts to curtailment of the amenities. Further, the laws of the land stipulate that as per section 7 of the Maharashtra Ownership Flats Act, no alterations can be made in the building plan without the consent of the flat purchasers,” said Sampat.

Next Story : BMC lists 337 buildings across Mumbai as dangerous