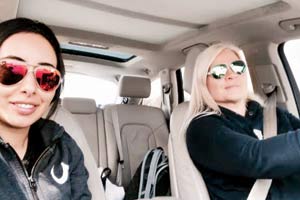 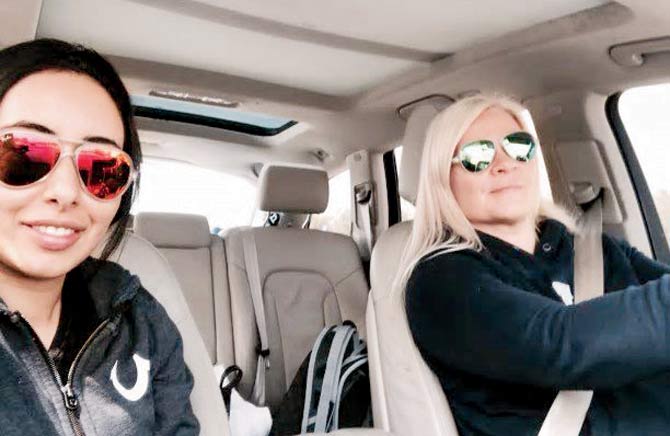 Herve Jaubert, who earned the sobriquet 'French 007' after a thrilling escape from Dubai in 2008, spoke to mid-day from his current location in London, following his ordeal aboard the yacht, Nostromo. Jaubert, a Florida resident, had attempted to bring Sheikha Latifa, daughter of Sheikh Mohammed bin Rashid Al Maktoum, ruler of Dubai, to a Western country, after the Sheikha said she was being abused and tortured in the UAE. 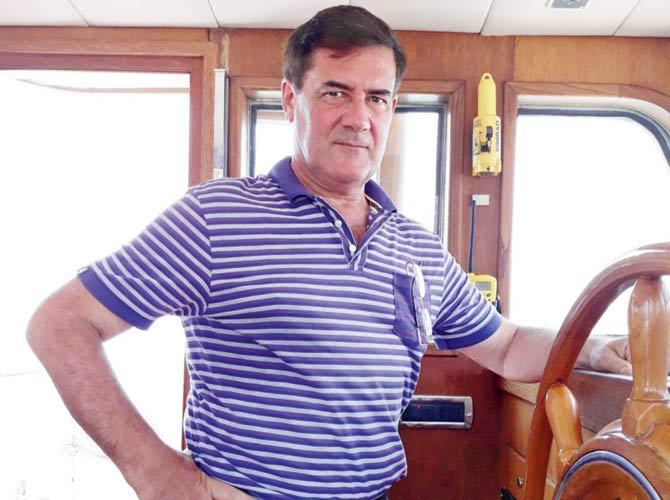 Herve Jaubert inside the yacht, which is now berthed in Sri Lanka

She had aired her plight in a YouTube video that had gone viral. Jaubert who was formerly with the French intelligence, took the Sheikha, her friend, Tiina Jauhiainen, a Finnish national, on board his yacht, from a location in the UAE. There were also three Filipino nationals in his crew. His plan was to sail to Mumbai, and then fly everyone out to the US from there. Near Goa though, Jaubert claims, Nostromo was intercepted in a joint operation by the UAE and India. Jaubert talks about the aborted escape attempt and points a finger at India, who, he says, was complicit in a criminal conspiracy. 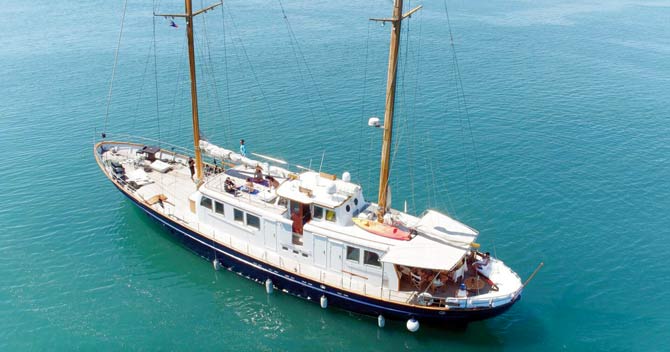 You sailed from UAE to Galle, Sri Lanka, where you left Nostromos and flew to London
Once freed, I sailed for 13 days. I was in fear all day that we would not make it, as it is easier for the UAE to blow up the yacht with a missile strike to eliminate witnesses and destroy evidence.

Where is your Filipino crew?
They are home now.

Tell us about the raid on board your yacht on March 4
Just before the attack, I noticed three vessels ghosting me on my radar. I was going at five knots, very slow. No boats go at five knots unless they are fishing boats, and I knew I was being followed. Then came the attack by two speedboats with six to eight armed men, with laser pointed assault rifles, the Israeli Tavor. Their faces were covered by helmets and masks. They ordered me to raise my hands and close my eyes or they would kill me. I had a gun put to my face, so I complied. I believed they were going to shoot me. They handcuffed me and beat me up. I felt a blow to my head and was pushed down to the floor in a pool of blood. They then shoved a rifle into my back. There was no warning, no warrant, no charges, no explanations, no questions, nothing, just unnecessary brutal force by thugs. They took over the boat. They went to Latifa's cabin and told her: "Come on Latifa, let's go home." They grabbed her while she was screaming that she would rather be killed on the boat than go back to the UAE. She claimed political asylum, but they ignored it. Then people from the UAE boarded the ship. There were about 10 at least, some were crew and captain, the others were definitely special forces, not a private contractor.

How did you know that the Indian coast guards had boarded your boat, and how specifically were you targeted?
I noticed on my radar a surveillance plane which circled above the yacht, then returned to Mumbai. There was a radio chat with patrol boats and a plane and I knew they were after me. My radar indicated the ID number of the plane: SAR CG 782, which means search and rescue coast guards number 782. At this point I was sure the Indian coast guards were looking for us. The next day, before the attack, there was another plane circling the boat. Then came the attack by speedboats and three coast guard warships. I saw two, the third was six miles behind. The two coast guards vessels had a huge marking on the side of the hull, which read 'Indian coast guards' and one had an ID number painted: 11

You were taken back to the UAE. Were the forces harsher with you because you had escaped Dubai in 2008?
They were taunting me, making fun of me, ridiculing me, daring me to try and escape.

Were you treated well in incarceration?
I was well treated, although transported in handcuffs and blindfolded to a secret prison. It was a brand new facility. I lived in constant fear though that I was going to be executed. In the UAE, one local even said when I told him I was a dead man and I knew I was going to get shot. He said: 'Not shot, your way out will not be that easy. Your flesh will be torn apart piece by piece until you die, for the type of crime. You stole a daughter from her father, this is what you deserve.'

Why did they let you go? They had threatened to kill you.
They let me go because of Latifa's video, the story in the news and the big scandal. Also, I was filed as a missing person, so the US was looking for me in the UAE.

Are you shocked that India, a friendly country, turned hostile this time around?
I could not believe it. I rank India among the lowest countries now. I am a former naval officer, seeing other naval officers resorting to armed robbery and torture disgusts me.

Did the Indian Coast Guard know about this boat?
They knew exactly what to look for. They were looking for Latifa, the captain, and diamonds brought by Latifa. I still wonder how they knew about it. I spotted an Indian search and rescue Indian coast guard aircraft circling above the boat, as it found us. And, there was a radio chat with patrol boats. They were looking for the boat.

Is this an international conspiracy?
Yes. The UAE and Indian coast guards planned and executed a military style attack on a private ship in international waters, in order to abduct all passengers, and kidnap one and send back to Dubai and for whom I have the gravest concern.

Would you be able to do anything about this incident back in the USA?
The FBI has jurisdiction to investigate crimes against Americans on board ships in international waters. I will file a case with the FBI, a criminal complaint against the UAE and the Indian coast guards for assault, torture, armed robbery, abduction, illegal seizure, illegal detention, destruction of evidence and false imprisonment.

Will you bring pressure to see that Sheikha Latifa can leave Dubai?
I have the gravest concerns regarding Latifa. I believe she is sedated and locked up in a secret location, incommunicado. Everyone should live in freedom and according to their choice and orientation. She is obviously not.

Coast Guard: No comment
When this paper called the Indian coast guard for comment, deputy commandant (west) and Public Relations Officer A Mitra said he was very busy and had no comment on the incident.