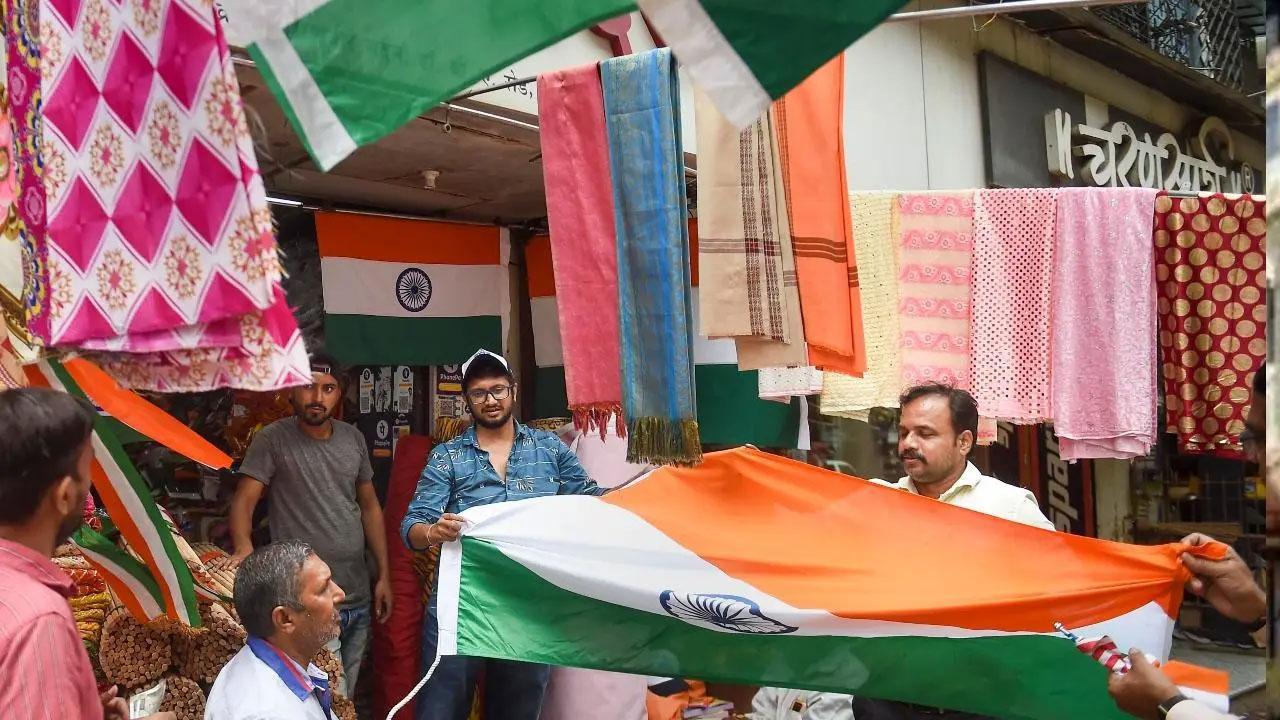 
The Brihanmumbai Municipal Corporation (BMC) on Friday said that it has distributed 41 lakh tricolours in the city so far as part of the 'Har Ghar Tiranga' campaign. Of the tricolours it distributed, the civic body had purchased 40 lakh itself and the Tata group donated another one lakh, the BMC said in a release. The tricolours were distributed through 24 ward offices and other departments of the civic body. It also got 4.5 lakh national flags replaced from suppliers, the release said.

It will be doing "projection mapping" on its iconic headquarters in South Mumbai for the next three days besides creating illumination in tricolours on other important buildings. As many as 28 residential buildings in Marine drive area, 100 trees, 60 electric poles and 19 statues will also be lit up with tricolours.

The BMC's heritage buildings preservation engineering department is also going to illuminate 243 important buildings in the city including the BMC's own eight heritage buildings, 82 civic buildings, 48 state government buildings and 105 private buildings besides 51 civic schools. Though the release did not disclose how much money the civic body has allocated for the Har Ghar Tiranga campaign, it informed that nearly Rs 5 crore have been collected through Corporate Social Responsibility funds.

The BMC appealed to the citizens to hoist the tricolour in the correct way outside their homes and offices/businesses between August 13 to 15, and thereafter store the flags properly as a forever memory. According to the release, the garden department of BMC has also planted more than 3,100 trees at 165 locations since August 10 under the ongoing campaign.