Shinde, who took oath on June 30, said in the first 40 days, his government, which is supported by the Bharatiya Janata Party (BJP), took 750 decisions 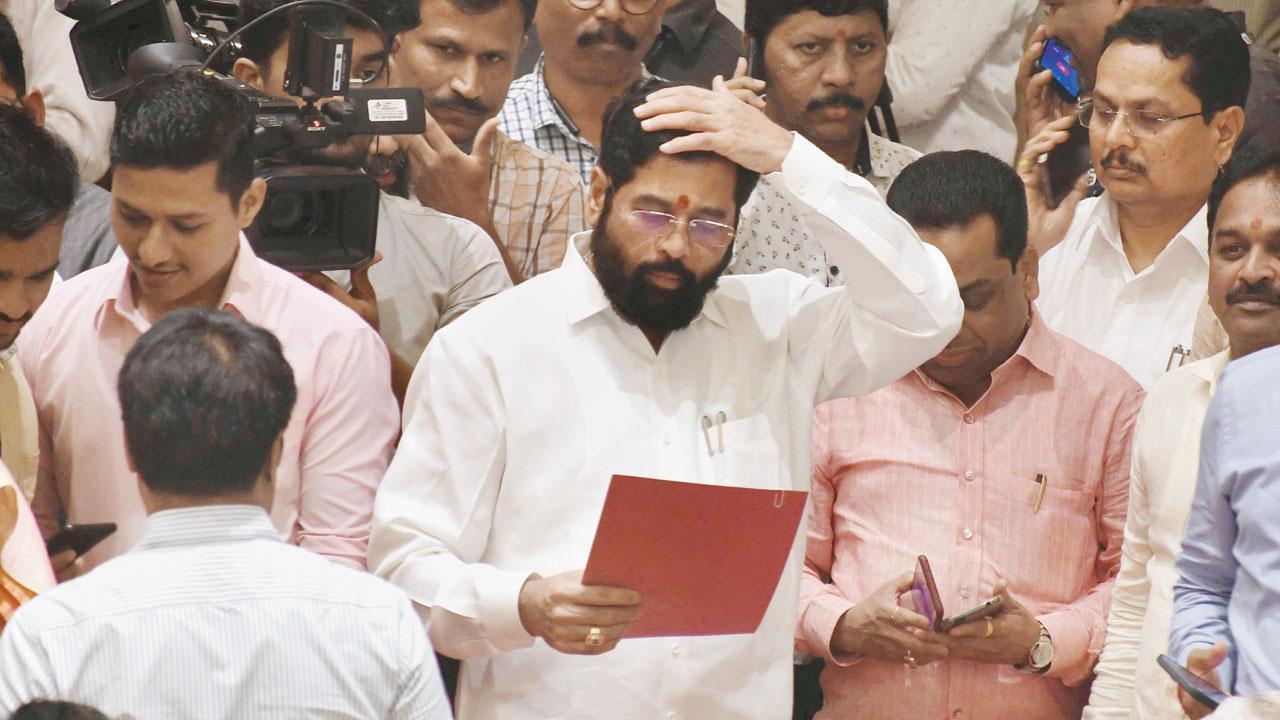 
Maharashtra Chief Minister Eknath Shinde on Tuesday said in the first 40 days of assuming office, his government took 750 decisions and criticized the erstwhile Maha Vikas Aghadi (MVA) administration for issuing orders in an arbitrary manner during its final days. He claimed some orders were issued by the earlier government even after his predecessor Uddhav Thackeray had quit office in June-end and asked why they should not be reviewed.

Shinde, who took oath on June 30, said in the first 40 days, his government, which is supported by the Bharatiya Janata Party (BJP), took 750 decisions. The CM was talking to reporters on the eve of the monsoon session of the state legislature which begins in Mumbai on August 17. He also took a dig at the Opposition and his predecessor Thackeray, saying his government is the one which “works on the field (ground)”.

Also read: Mumbai: In Aaditya’s Worli, are Sainiks slipping out of Thackerays’ fingers?

Responding to the Opposition's charge that decisions taken by the previous MVA government were being stalled by the new dispensation, Shinde said it is wrong to make such a claim and no decision has been cancelled. He said many decisions were taken after the MVA government was reduced to a minority following a revolt by a section of Shiv Sena MLAs.

“No decision has been taken out of any bias,” he said after the Opposition boycotted the customary tea party organised by the government ahead of the monsoon session of the state legislature. Taking a dig at Leader of the Opposition in the Assembly Ajit Pawar, Shinde said he ought to feel the pain because he was running the three-party MVA government. Pawar, a senior Nationalist Congress Party (NCP) leader, was the deputy chief minister in the government led by Thackeray.

“You know how many GRs they came out with...hundreds of them. If the allocation was of Re 1, the decision was taken to allocate Rs 10. You cannot take such decisions. We have not cancelled any decision. Whatever decisions were taken were taken in a hurry…Some orders were issued after the chief minister (Thackeray) resigned. So should we not review it?” Shinde asked.

The chief minister said the water resources department alone took decisions on works amounting to Rs 5,500 crore. “We have not cancelled them (the GRs). We will review them and prioritise them as per importance,” he said. Slamming the Opposition for its charge that the new government has been formed by resorting to "betrayal", Deputy Chief Minister Devendra Fadnavis said the MVA government came into existence in November 2019 by "plunging a dagger" in the people's mandate.

In November 2019, the Shiv Sena parted ways with the BJP and joined hands with the NCP and the Congress to form the MVA government. The BJP and the Shiv Sena had contested the last Assembly together. Shinde and 40 MLAs from the Shiv Sena had rebelled against Thackeray that led to the collapse of his government on June 29. Fadnavis claimed the difference between the earlier dispensation and the one headed by Shinde could be felt.

“Earlier, Mantralaya (state secretariat) and Sayhadri (state guest house in south Mumbai) were deserted. Ministers' bungalows were deserted. Now, there is no space to keep one's foot (in Mantralaya). Now, the government has reached out to people,” said the BJP leader.