India belongs to Dravidians and Adivasis, not Thackeray or Modi: Owaisi

Addressing a rally in Bhiwandi town here in Maharashtra on Saturday evening, the Lok Sabha member also sought to know why Pawar pleaded with PM Modi for Shiv Sena MP Sanjay Raut and not state NCP minister Nawab Malik, who had been arrested by the Enforcement Directorate (ED) in a money-laundering case 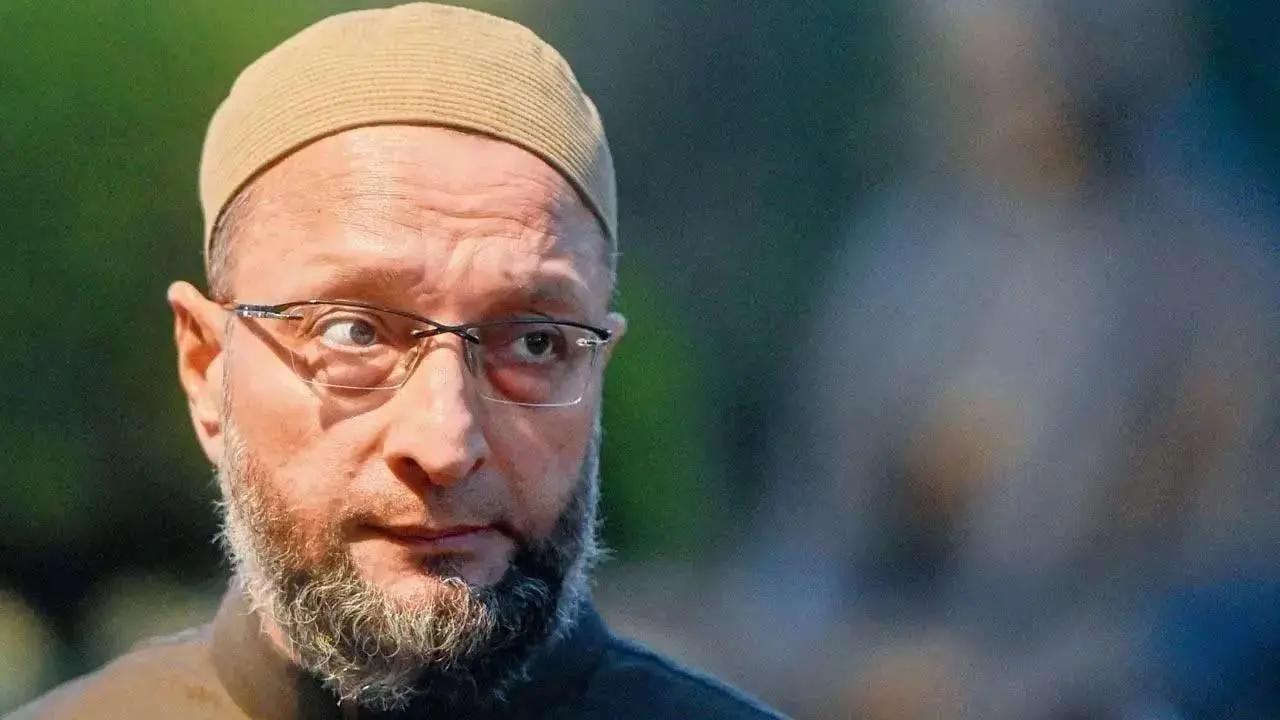 
AIMIM president Asaduddin Owaisi has said that "India belongs to Dravidians and Adivasis", and not to him, or Maharashtra Chief Minister Uddhav Thackeray, NCP head Sharad Pawar and Prime Minister Narendra Modi.

Addressing a rally in Bhiwandi town here in Maharashtra on Saturday evening, the Lok Sabha member also sought to know why Pawar pleaded with PM Modi for Shiv Sena MP Sanjay Raut and not state NCP minister Nawab Malik, who had been arrested by the Enforcement Directorate (ED) in a money-laundering case.

Coming down heavily on the BJP, Shiv Sena, NCP and Congress, he claimed that these parties want to protect their vote banks and hence, never react when members of the minority community are targeted.

While the BJP and Prime Minister Modi are celebrating eight years of their successful rule in the country, they do not realise what agony the country is going through, he said, while citing inflation and other issues.

"If India belongs to anyone, it's the Dravidians, adivasis (tribals)" contrary to claims of others, the All India Majlis-E-Ittehadul Muslimeen (AIMIM) leader said.

"They (other parties) give an example of 600 years, but I give you an example of more than 65,000 years. The country does not belong to Thackeray, Pawar, Owaisi, Modi or Shah, but to Dravidians and Adivasis," the AIMIM leader said.

When anyone criticises CM Thackeray, Pawar, Modi, or Uttar Pradesh CM Yogi Adityanath, they (the respective partymen) react immediately and take action, "but if we are criticised and comments passed against us, no no one reacts", he said.

Owaisi appealed to Muslims and others, including Dalits and OBCs, to understand that these "so-called secular parties will never come to their assistance" as they are concerned only about their vote bank.

He also said no one should challenge or provoke him, or else he will "show them the mirror".

He claimed that Muslims were being targeted over mosques as well as issues like wearing of hijab and halal meat, and appealed to the community to fight against it.

Claiming that Pawar, whose party shares power with the Shiv Sena and Congress in Maharashtra, pleaded with PM Modi for Rajya Sabha member Raut, Owaisi asked, "Why he (Pawar) did not plead for Nawab Malik? What is so special about Raut?"

Referring to the Gyanvapi mosque row, he said they (central government) want to dig up different places, but will not get anything there. "They want to wipe it (Gyanvapi mosque) out like the Babri Masjid," he claimed.

Owaisi said at the time of the court verdict in the Babri mosque dispute case, he had said that they (government) will now start digging up the Gyanvapi and other mosques, including in Lucknow, and his claim has come true.

He also claimed that Bhiwandi AIMIM leader Khalid Guddu was held by police for the last two years as he and the party were becoming strong in the town, and they (Maharashtra government) see it as a threat.