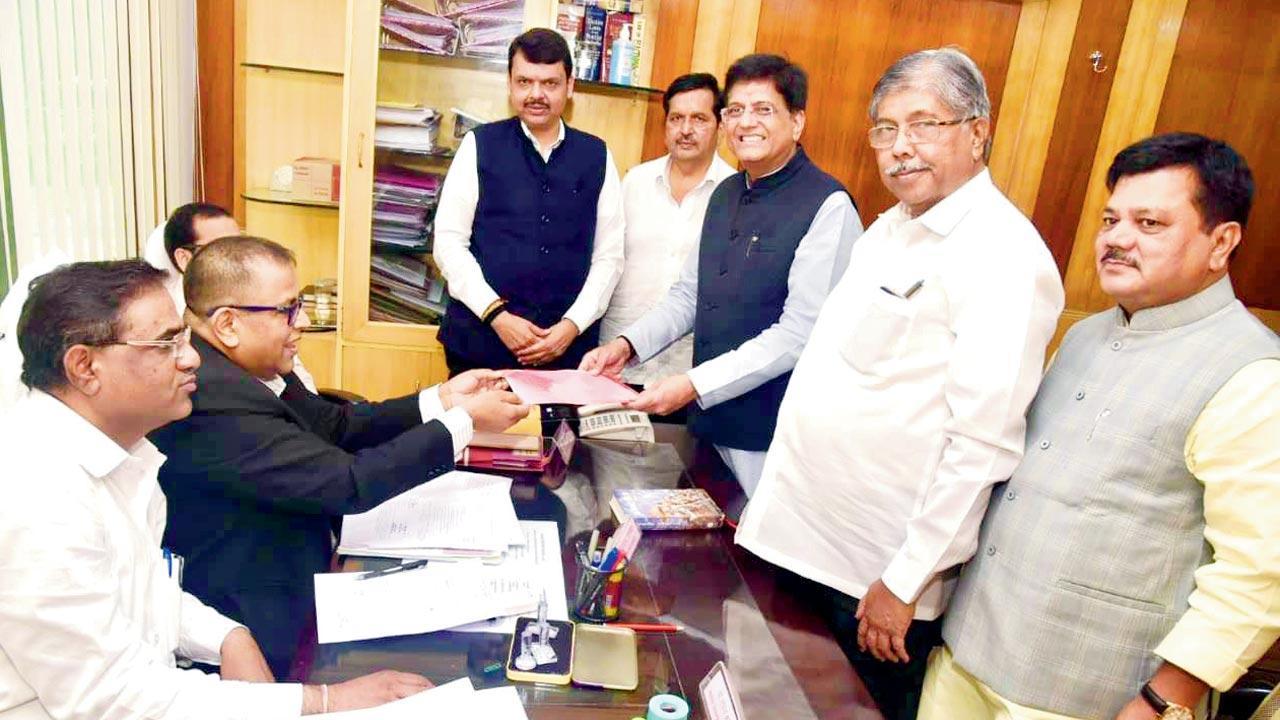 
Denying charges of horse trading in the June 10 Rajya Sabha polls in which it has fielded three official candidates, the Bharatiya Janata Party (BJP) has asked the MVA, indirectly the Shiv Sena, to withdraw one of its candidates, to make the elections unopposed. However, the Sena, which is the BJP’s main target in these polls, has exuded confidence of winning comfortably with not only its two candidates but also two others from its allies.

The Congress dared the BJP to show a magic number needed to win all the three seats.

All party official candidates had filed their nominations by Monday afternoon. The polling will be conducted on June 10 if there aren’t as many candidates for six vacancies after the date of withdrawal. 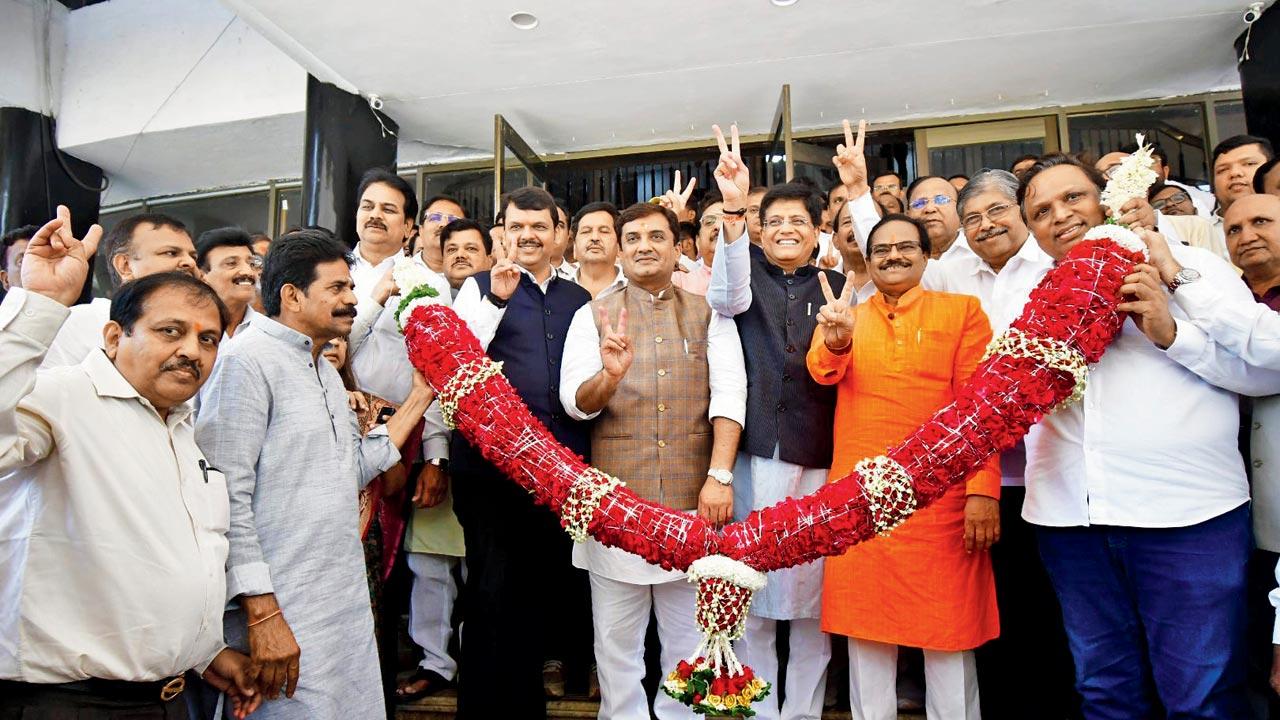 Piyush Goyal said the BJP was placed comfortably for winning

A heated argument began Monday morning after the BJP’s union minister of commerce and industry Piyush Goyal, former state agriculture minister Dr Anil Bonde and former Kolhapur MP Dhananjay Mahadik were finalised for three vacancies that have been created because of the retirement of Goyal, who has been retained, and outgoing MPs Dr Vikas Mahatme and Dr Vinay Sahrasbuddhe.

The Sena has repeated a three-time MP and party’s chief spokesperson Sanjay Raut and a district-level office bearer from Kolhapur, Sanjay Pawar. The Congress shifted its senior leader P Chidambaram from Maharashtra to Tamil Nadu to accommodate a junior leader from Uttar Pradesh and president of the party’s National Minority Department, Imran Pratapgarhi. One of the Nationalist Congress Party’s mainstays, Praful Patel, has been nominated for another term.

Sanjay Raut accused the BJP of being deliberate in fielding three candidates. “The BJP wanted to field the third candidate since the beginning and was determined for horse trading. But they misused Sambhajiraje Bhosale in their plan. If there is horse trading, the government will be watching it very closely,” he said, adding that the Sena will win its two seats, and the Congress and NCP will also have no problems because the MVA had the votes required for four seats. Maharashtra Congress President Nana Patole dared the BJP to show a magic number needed to win three seats. “It’s been a practice in Maharashtra to have unopposed Rajya Sabha elections which are held by open ballot,” said Patole. 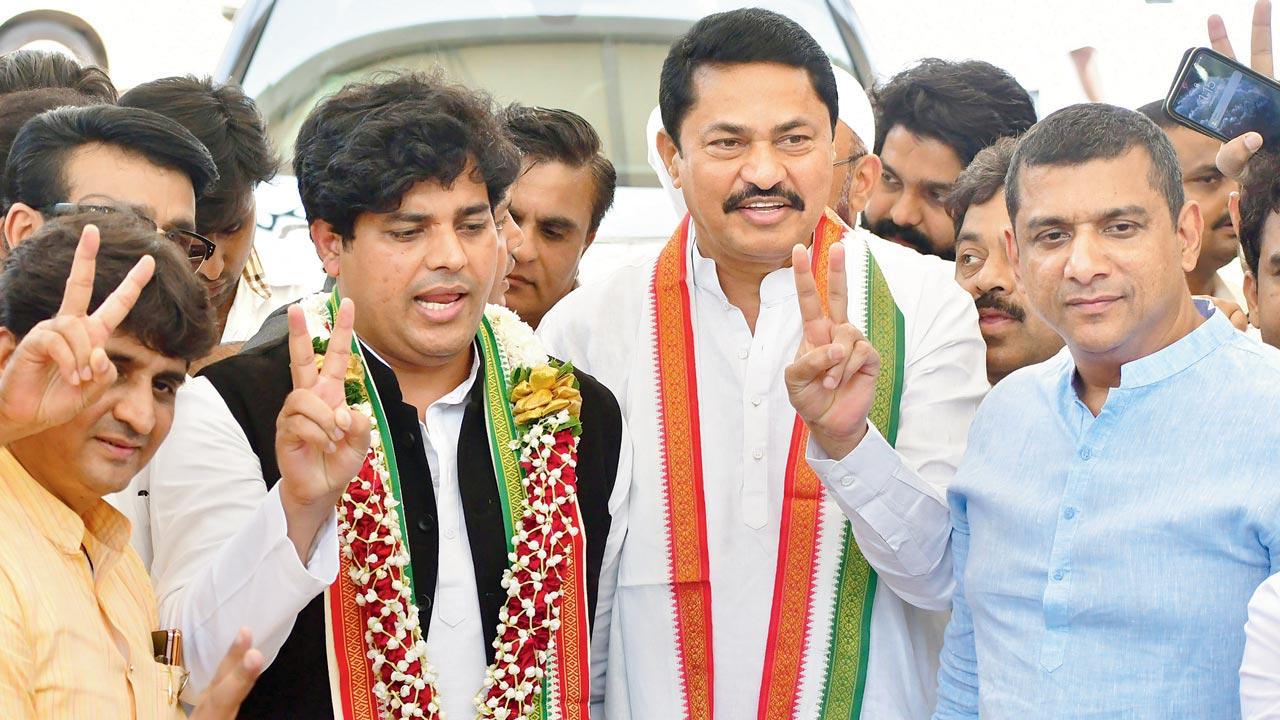 Dismissing the charges, former chief minister Devendra Fadnavis said  some (non-BJP) MLAs have consciously decided to vote for his party's candidates who are from Maharashtra and active in politics. “It is up to them to decide. Let’s have three each from both sides. There will be no question of horse trading in that situation,” he said. Goyal said the BJP was comfortably placed for winning. “This election is an opportunity for the BJP to counter the Sena’s betrayal (of 2019). They won the MLAs with our support but betrayed the alliance.”
How will the BJP do it? Fadnavis said the party’s strategy wasn’t for media consumption. “Those who plan don’t reveal it to the media,” he said.

In preferential polling by the Assembly members, a candidate will need a quota of 41.01 votes to win. The BJP has 106 MLAs, the Shiv Sena has 55, NCP 53 and Congress 44. Others in the house are—the Bahujan Vikas Aghadi (3), Samajwadi Party, AIMIM, and Prahar Janshakti Party (2 each), MNS, CPM, Peasants and Workers Party, Rashtriya Samaj Paksha, Swabhimani Party, Jansurajya Shakti and Krantikari Shetkari Party (1 each). There are 13 Independents. One seat (of the Sena) is vacant.

Experts said the BJP will have 22 surplus votes and the party claimed to have the support of 8 independents. It will need another 12. On the other hand, the MVA together claims to have 169 members on its side, which in absence of cross voting, will be sufficient for its four candidates. 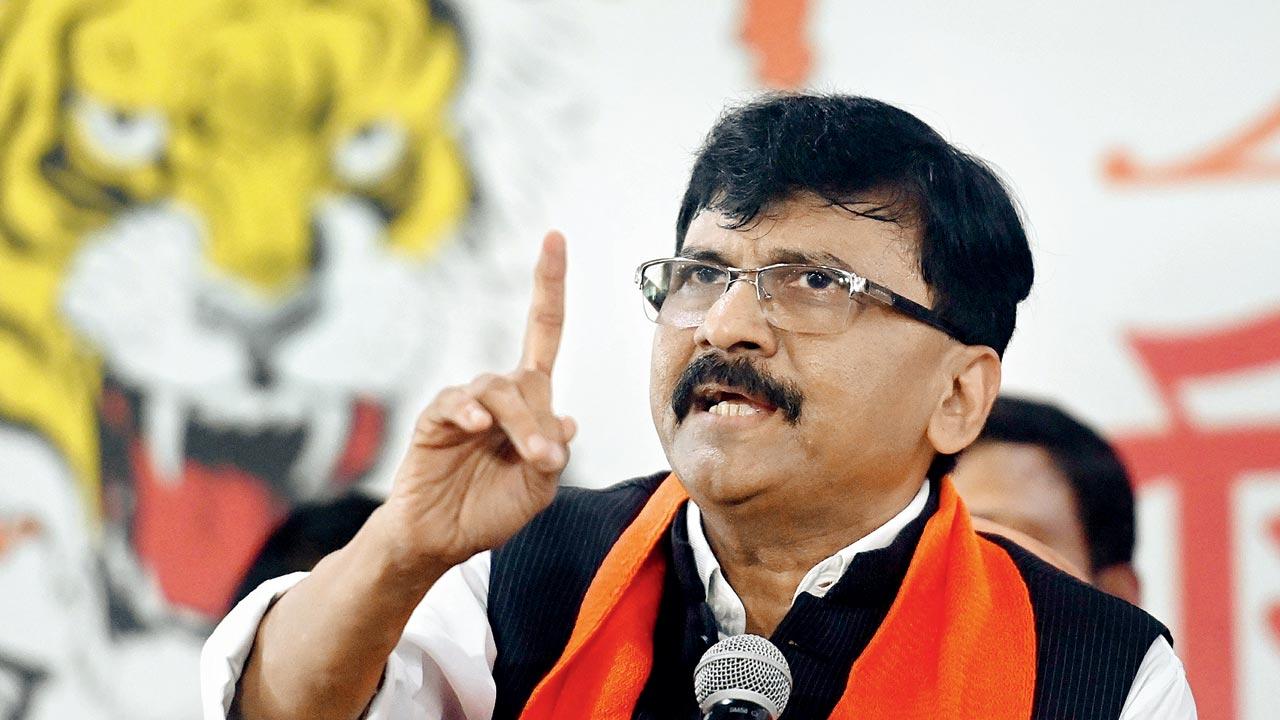 “There could be only one possibility in the elections if held – either the Sena or the BJP lose one candidate because the Congress and NCP will have their candidates secured with the first preference votes. It depends on how the preferential votes are distributed between the candidates. Even a decimal makes a lot of difference,” said an official who has been part of the election and counting process in the past.

There is a strict rule in place for the party MLAs who must show their votes to the election agent present at the polling booth or else face disqualification for violating the official orders. However, there is a debate whether such a strict rule applies to independent MLAs. Insisting that there will be elections this time instead of unopposed selection, deputy chief minister Ajit Pawar had told the media last week that there could be an issue as far as independents were concerned. Sources said the matter may even go to the courts.

BJP’s third candidate Mahadik, whose fate depends on the party’s jugad, said his seniors had taken a decision of fielding him following due diligence. “Arithmetic is on. We need 10 more votes to win the third candidate,” he said.

Next Story : Mumbai-Pune Expressway set to rumble towards safety