Kalbadevi collapse: Building was under repairs for 2 years 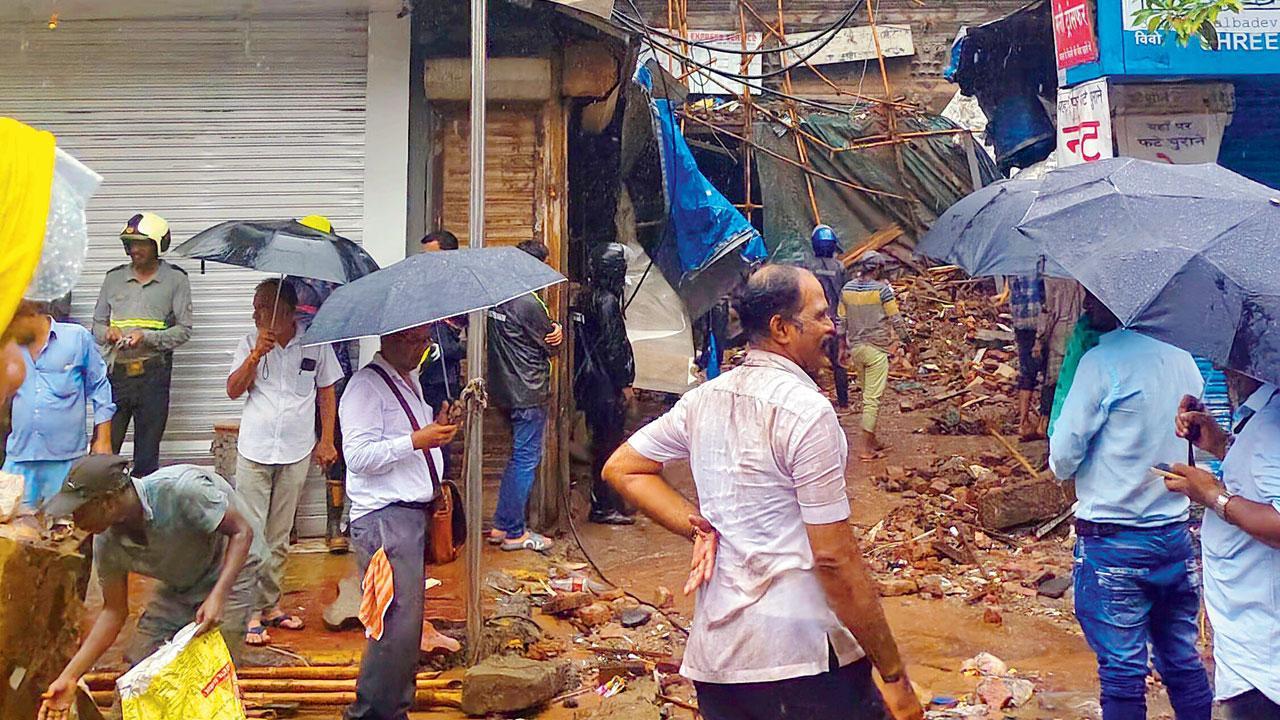 The MHADA building, no 339/341, located at Badam Wadi in Kalbadevi


The city witnessed yet another incident of infrastructure collapse, this time in a congested area of south Mumbai. The front portion of a MHADA building caved in during repair work in Kalbadevi on Thursday, but no casualty was reported.

“We were lucky enough that a part of the wall collapsed first and we got time to get out of the building,” said Shashikant Borale, who had an office in the building.

The incident happened around 1.30 pm, and everyone in the building no. 339/341 at Badam Wadi in Kalbadevi were vacated on time.

According to the BMC’s Disaster Management control room, they got a call at around 3 pm. The fire brigade, BMC ward officers and local police rushed to the spot.

Borale said, “I had rented an office space on the second floor of the building. We are in cloth packaging work. Two years ago, the BMC gave us a notice for repair and maintenance work. The property owner started the work on the front portion, but I don’t know why it was moving at such a slow pace.”

Aakash Purohit, former corporator of C ward, said, “Fortunately, everyone came out and casualties were averted. The repair work had been going on for the past two years.”