The leopard cub was first spotted by farmers as they were harvesting sugarcane in Dumbarwadi Village in Otur range, Maharashtra 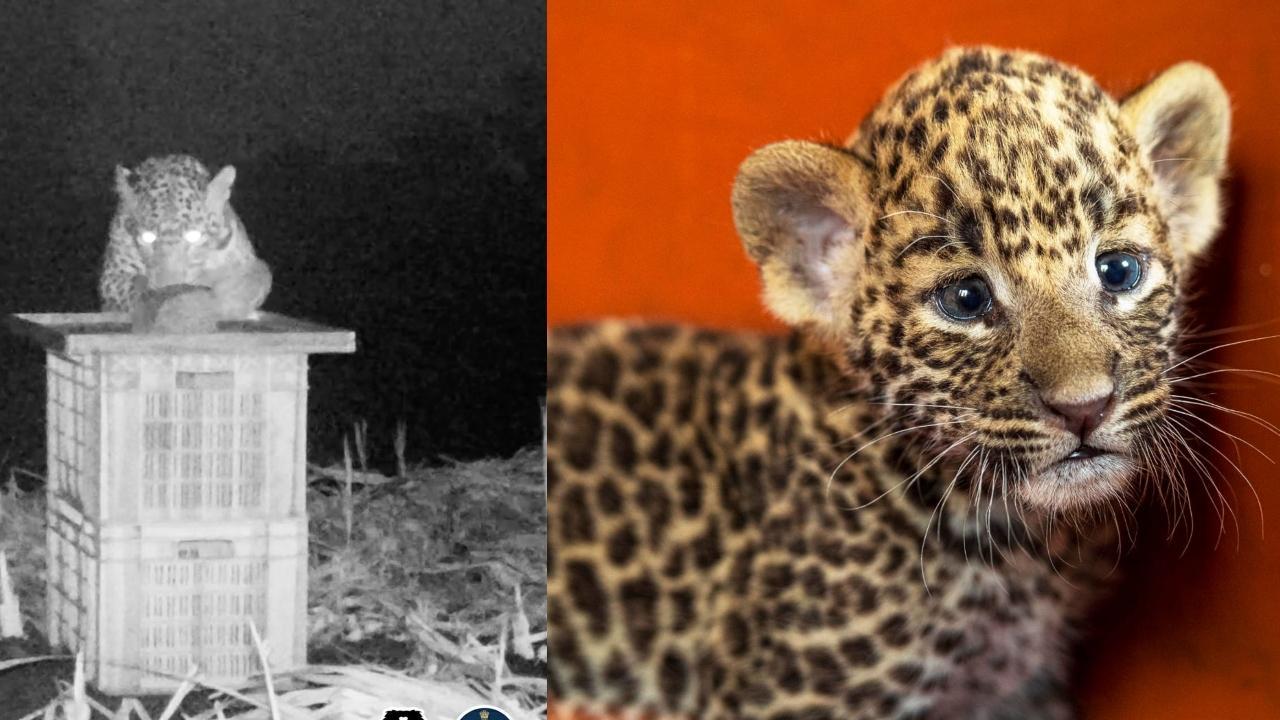 A 60-day-old leopard cub has been reunited with its mother after the efforts by NGO Wildlife SOS and Forest Department
Earlier this month, a 60-day-old leopard cub was stranded in a sugarcane field in Dumbarwadi village located in Otur range, Maharashtra.
It may be noted that the leopard cub was first spotted by farmers as they were harvesting sugarcane in Dumbarwadi Village in Otur range, Maharashtra. Trained in the protocol for finding stranded leopard cubs, the farmers immediately called the Forest Department who contacted the Wildlife SOS team operating out of the Manikdoh Leopard Rescue Center for reinforcements.
Wildlife SOS veterinary doctor, Dr Nikhil Bangar conducted an on-site medical examination that identified the leopard cub as a female of approximately 60-days old. The cub was found to be in good health and thus a reunion was attempted during nightfall, a time when leopards are most active.
Dr Nikhil Bangar, Wildlife Veterinary Officer, Wildlife SOS, said, “In most reunions, the cub has to be reunited with the mother as soon as possible, with the first three days being the most critical time frame. However, the reunion took a challenging turn in this case.”
The team had already made four attempts to reunite the cub with its mother. The leopardess had also been captured on the camera traps multiple times, but she was hesitant to pick up the cub. Wildlife SOS and the Forest Department did not give up and continued their efforts to reunite the two and their hard work paid off. On the fifth day, the mother finally gathered some courage to gently tip the box over, and relocated her cub to the wild.
Kartick Satyanarayan, Co-founder and CEO of Wildlife SOS, said, “Expanding sugarcane cultivation in Maharashtra is rapidly encroaching upon the leopard’s habitat. Thus it is becoming increasingly common for farmers to come across leopard cubs in their fields. Our work in Junnar is proving fruitful as every farmer knows to call the Forest Department as soon as they spot a cub!”