During the meeting held for reviewing the status of the overall preparedness for dealing with any eventuality arising out of the monsoon, Shinde asked the railway machinery to remain alert and coordinate with the Brihanmumbai Municipal Corporation 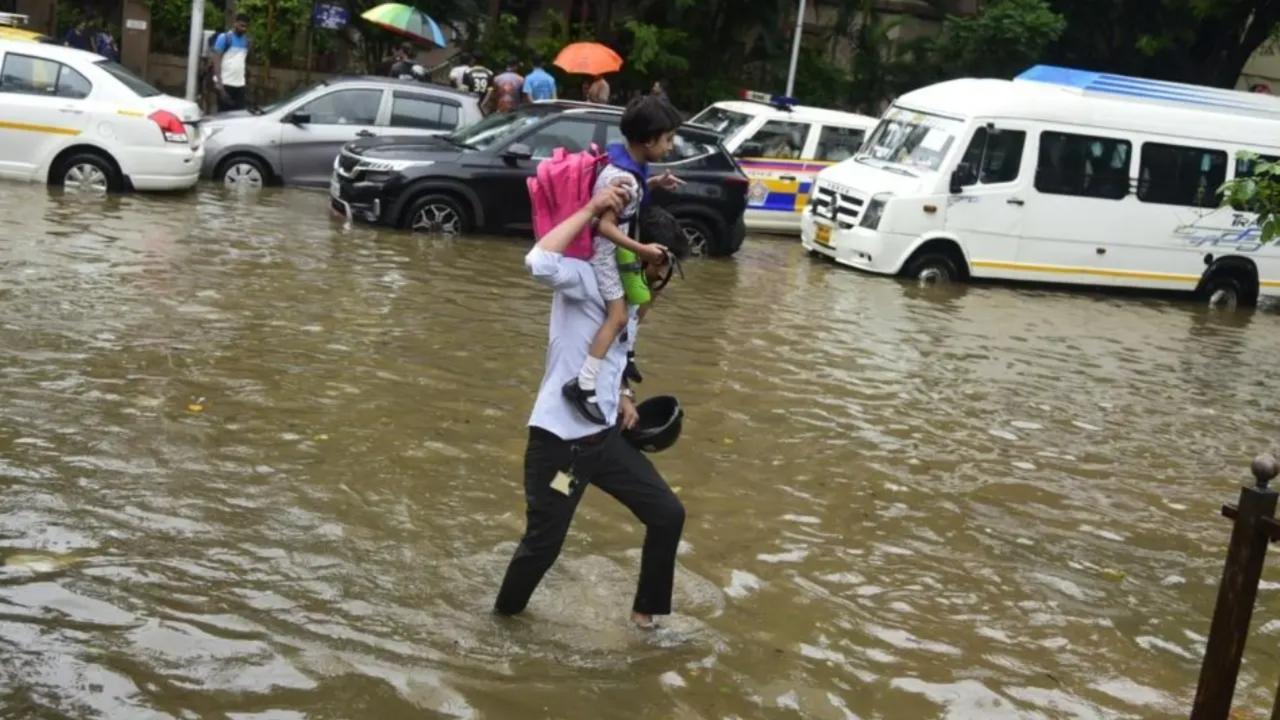 Chief Minister Eknath Shinde had on Tuesday directed administration officials to take necessary precautions and ensure there was no loss of life or damage to property. Pic/Atul Kamble


With parts of Maharashtra, including Mumbai, witnessing heavy rainfall, state Chief Minister Eknath Shinde on Wednesday chaired a meeting of the officials, where he asked them to remain alert and take necessary steps to ensure that there is no loss of life during the monsoon.

He also directed the railway authorities and the Mumbai civic administration to appoint a nodal officer for coordination between them and for dissemination of information about water-logging and disruption of suburban train services in Mumbai during the ongoing rainy season.

During the meeting held for reviewing the status of the overall preparedness for dealing with any eventuality arising out of the monsoon, Shinde asked the railway machinery to remain alert and coordinate with the Brihanmumbai Municipal Corporation (BMC), a statement from the chief minister's office (CMO) said.

All efforts must be taken to ensure that citizens do not face any hardships during the rains, he said while directing the Brihanmumbai Electric Supply and Transport (BEST) undertaking and the Maharashtra State Road Transport Corporation (MSRTC) to keep their fleet of buses on standby.

Asking the authorities to ensure that the electricity supply remains uninterrupted during rains, Shinde also said that prior information should be given to the local authorities before opening and closing the gates of dams and reservoirs.

"The entire government machinery should ensure that there is no loss of lives during the monsoon," he said.

Shinde asked the administration to keep a watch on the flood situation in the state.

The India Meteorological Department (IMD) issued a heavy rainfall alert for Maharashtra on Wednesday and the next two days, as Mumbai continued to witness heavy downpour for the third consecutive day, resulting in a landslide near a chawl, water-logging at many places, and traffic disruptions.

Three persons were injured in the landslide, an official said, as Mumbaikars continued to face hardship due to flooding on roads.

The IMD has issued a 'red alert' for south Konkan, Goa and south-central Maharashtra from July 6-8. It said heavy to very heavy rainfall is very likely at a few places with extremely heavy rainfall at isolated places during this period. It issued an 'orange alert' for north Konkan.