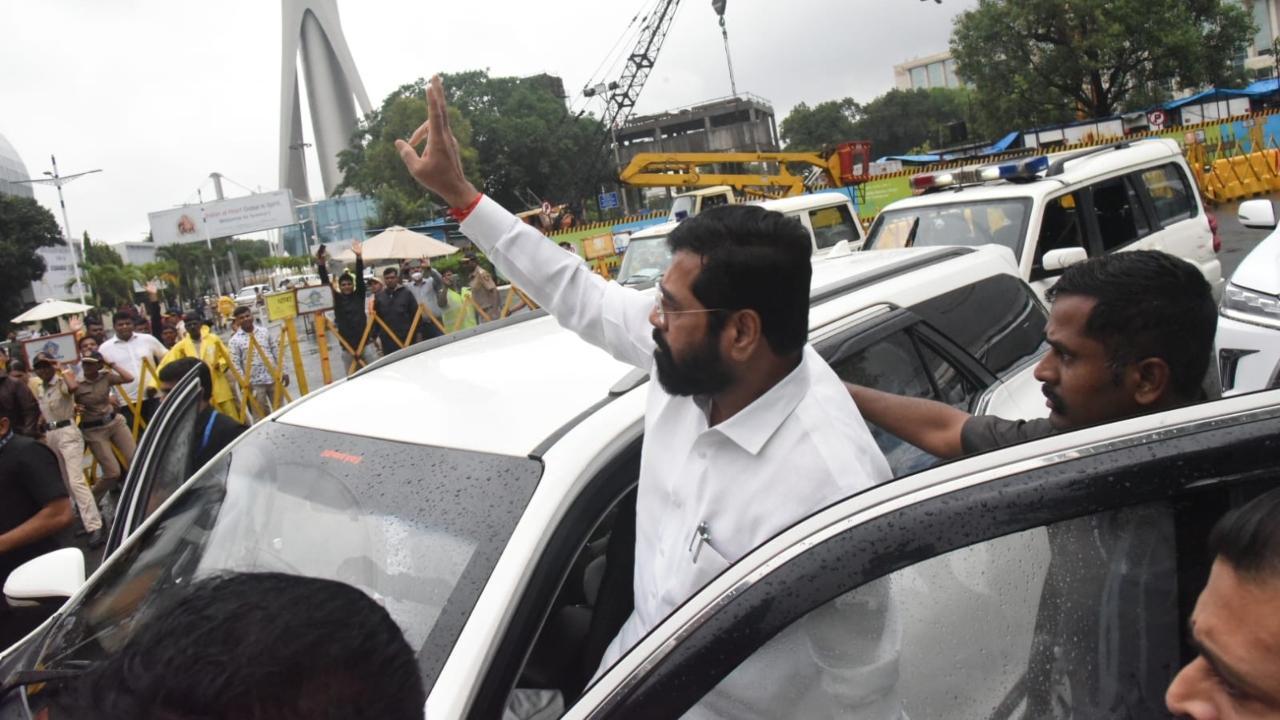 
Shiv Sena rebel Eknath Shinde, who arrived in Mumbai from Goa on Thursday afternoon, met senior BJP leader Devendra Fadnavis at the latter's official residence in south Mumbai to discuss formation of the next government in Maharashtra following the collapse of the MVA dispensation a day ago.

Shinde and Fadnavis held a brief meeting at the latter's residence before both of them headed to the Raj Bhavan along with several BJP leaders.

They will submit the letters of the supporting MLAs to Governor B S Koshyari to stake claim for government formation, BJP leaders said.

The BJP has said that it has the support of a total of 170 MLAs, including those from Shinde's rebel faction.

The Mumbai police had made heavy security arrangements in view of Shinde's arrival in the city.

Roads were emptied so that Shinde's cavalcade faces no hindrance while going to 'Sagar', the official bungalow of Fadnavis located at Malabar Hill in south Mumbai.

Joint Commissioner of Police (law and order) Vishwas Nangre Patil led the cavalcade himself while other police officials stood guard throughout the route for quick movement and also to ensure that there were no protests by Shiv Sena supporters, an official said.

"Shinde, who landed at Mumbai airport by chartered flight this afternoon, was escorted by the senior police officials from the airport to South Mumbai. Traffic on the route was stopped to facilitate the passage Shinde's convoy," officials said.

Shinde was seen waving to supporters throughout the route.

Some Shiv Sena workers, who tried to hold a protest outside 'Sagar', were detained, the officials added.

Next Story : Eknath Shinde to be Maharashtra Chief Minister, oath at 7.30 pm today