Maharashtra: All eyes on Eknath Shinde after Dy Speaker rejects his request to appoint whip

As a few more MLAs join him in Assam, rebel leader claims he has support of 37 party legislators plus a few others, the time is set for him to walk the talk 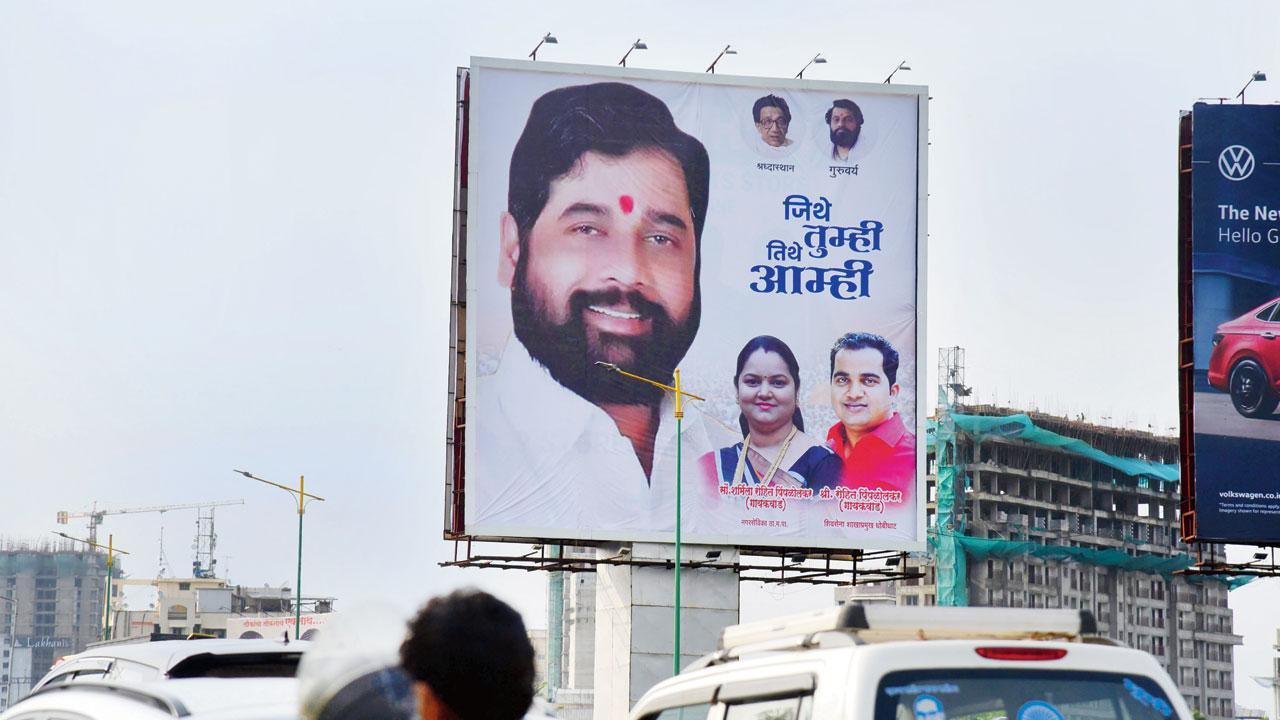 A hoarding in support of Eknath Shinde put up in Thane. Pic/Sameer Markande


With 42 MLAs on display parade in Guwahati, rebel Shiv Sena leader Eknath Shinde’s real test began on Thursday when his letter to appoint a whip and retain the legislative party leadership was rejected by Deputy Speaker of the Assembly Narhari Zirwal. Both posts are very important because they issue and execute the party orders to be followed on the floor of the house, and the MLAs who don’t follow instructions face disqualification.

Shinde sent the letter signed by 34 MLAs on Wednesday, but one of the MLAs who returned home, Nitin Deshmukh, has told the presiding officer that his signature was forged. Zirwal said he will have to verify all signatures before taking further action, and in the meantime, approved of Chief Minister Uddhav Thackeray’s faction’s appointment of Ajay Chaudhari as the Legislative Party leader. Shinde had sent the same letter to the Governor, who is recuperating in a private hospital following COVID-19 symptoms. Shinde has nominated Bharat Gogawale as chief whip while the CM’s group has retained Sunil Prabhu. Shinde tweeted Wednesday night that the CM’s faction’s letter was unconstitutional. 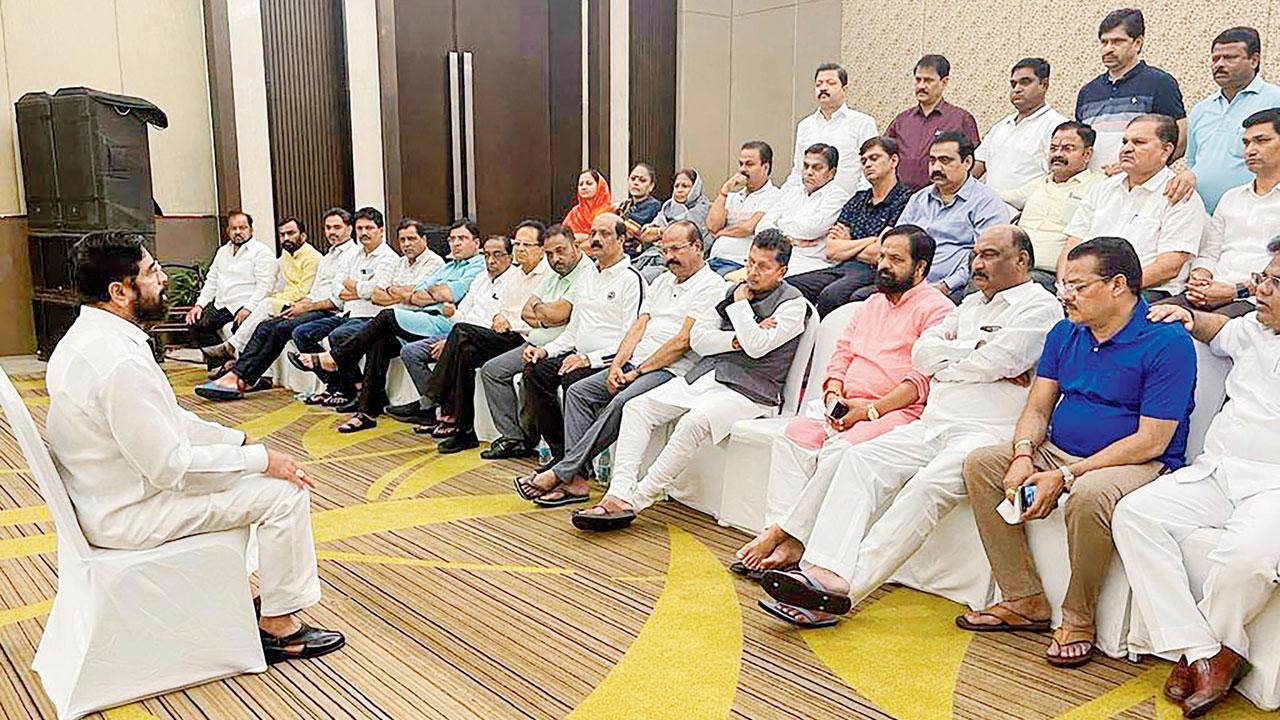 Sources said in this matter Zirwal’s party boss, Sharad Pawar’s parliamentary experience will come handy. Pawar has handled such crises in the past successfully and this time around, he stands solidly behind Uddhav Thackeray, the source added.

Unfazed by Thackeray’s appeal for rapprochement, the mutineers have been pressing for severing ties with the Congress and Nationalist Congress Party and at the same time they are trying to create a separate legislative space for them, in case the leadership doesn’t meet their demand. On Thursday, the group was joined by more MLAs, taking their ‘visible’ strength to 42, including four from Mumbai. Of 42, the Sena’s ‘branded’ 37 make the magic figure to create a separate group. Shinde’s group said their strength, with independents, has gone up to 46.

An MLC, Ravindra Phatak, who was sent to Surat with Thackeray’s message, also travelled to Guwahati, along with agriculture minister Dada Bhuse and former minister Sanjay Rathod. Shinde’s supporters claimed a few more will travel to Guwahati soon, even as the Sena kept a close watch on the remaining MLAs, most of whom are from Mumbai. On Thursday, 17 MLAs were present in a meeting with the CM.

The matter is expected to escalate with Shinde insisting on the group formation. He will take legal recourse if he is denied the posts. The governor will take a call when he comes back from the hospital, said sources. It may lead to the floor test if a no-confidence in the Thackeray government is expressed and the governor feels that the situation is ripe for such a test. It has been established on many occasions that merely parading MLAs before the governor cannot prove the minority or majority of a government.

It is to be seen whether the crisis reaches the level of floor test or Thackeray goes out voluntarily before facing a trust vote. The single largest party, the BJP will come into picture only when Shinde finishes his task by keeping his flock together. And nothing of this sort will happen if Shinde returns to the Sena fold with all his supporters.

42
No of MLAs allegedly with Eknath Shinde

Next Story : Why all this after 2.5 years? Shiv Sena workers ask Eknath Shinde camp