Thapa, the trusted man of the Sena patriarch who helped him in his daily chores, had served him devotedly for 27 years before the Thackeray senior's death in November 2012 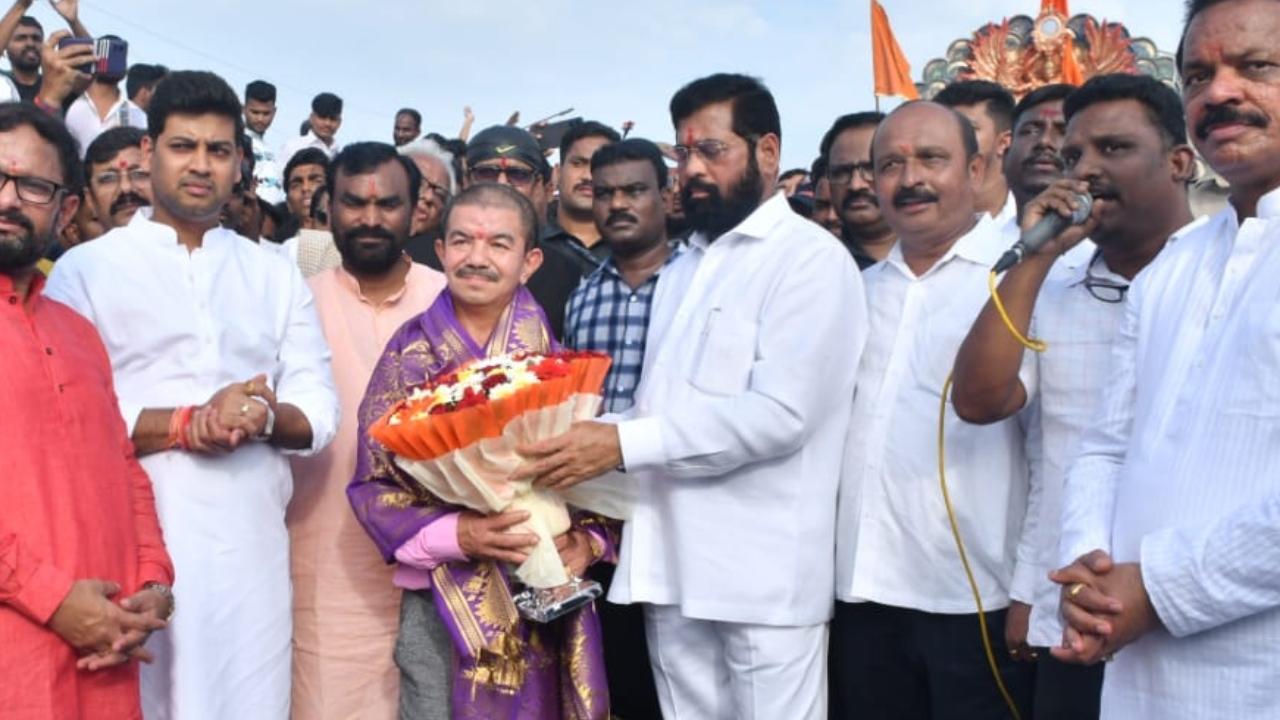 Thapa, the trusted man of the Sena patriarch who helped him in his daily chores, had served him devotedly for 27 years before the Thackeray senior's death in November 2012.

So much so that Sena president Uddhav Thackeray acknowledged his service by keeping Thapa by his side while performing the senior Thackeray's last rites.
Thapa would attend to senior Thackeray's phone calls and also pass on his messages to whoever called him.

Raje, who also used to attend phone calls at 'Matoshree' for Bal Thackeray, had spent at least 35 years in the Thackeray residence in suburban Bandra in Mumbai.

Chief Minister Shinde, an MLA from Thane, welcomed Thapa and Raje to the fold by offering them shawls and greeting them.

"On this auspicious occasion of Navaratri, everyone is happy that (pandemic-related) restrictions on festivals have been lifted. There is huge enthusiasm which is the need of the hour," he said and added that the joining of Thapa and Raje, who were like shadows of Bal Thackeray, had added to the pleasant atmosphere of festivities.

Shinde said the duo decided to join his faction as he represents the "real" Shiv Sena and is taking forward the teachings of the Sena founder and Hindutva.

"Balasaheb used to do straight talking and used to be blunt. People knew Balasaheb well and hence they did not accept the Sena's alliance with Congress and NCP under the Maha Vikas Aghadi," he said.

Palghar Zilla Parishad president Vaidehi Vadan and some members of the local body also joined the Shinde faction on the occasion.