Aid applicable only this year as govt will insure players of all events, including state pro-Govinda league from next year 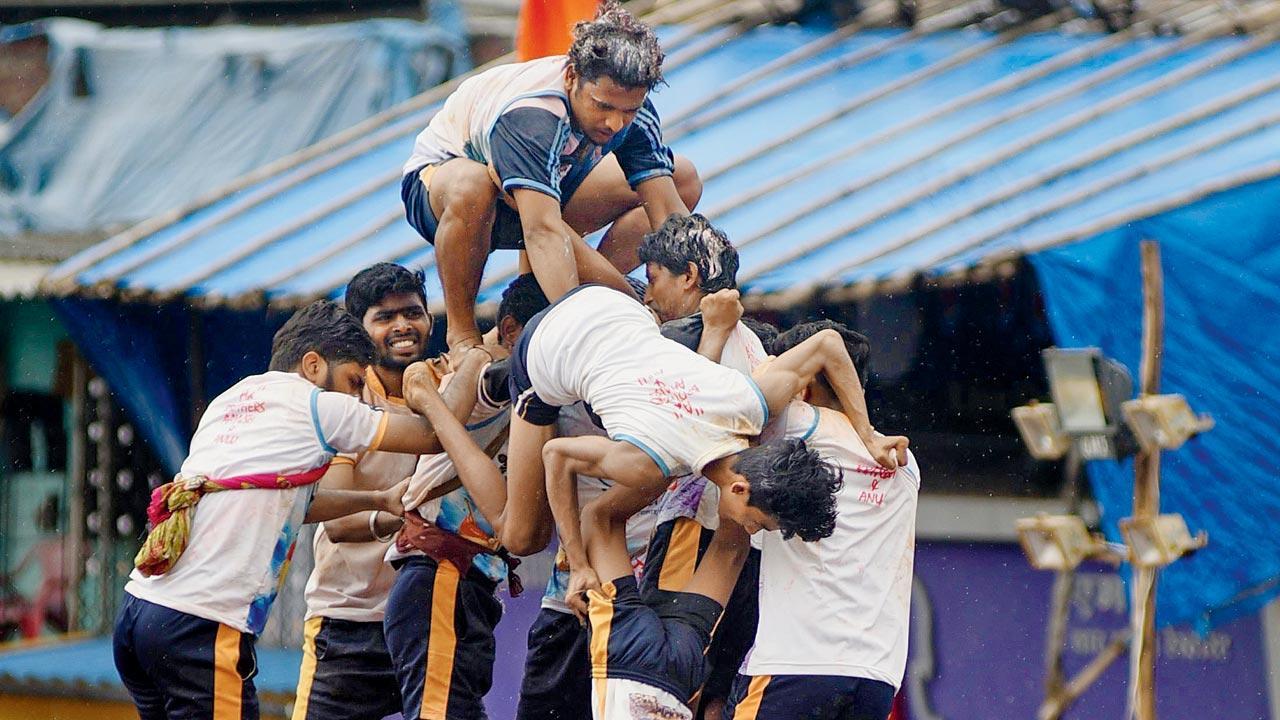 Dahi Handi was granted the status of adventure sports in 2015. File pic

The adventure sport status was declared in 2015-16 by the Devendra Fadnavis government’s sports minister Vinod Tawde. A committee of Govinda organisers, which included political leaders Ashish Shelar, Jitendra Awhad, Pratap Sarnaik and others, was formed to make policy and rules. Shelar had even organised a competition in his Bandra constituency for at least three years.

This year’s announcement, made on the eve of the festival-cum-sport, came with a few perks. During the session, Chief Minister Eknath Shinde said financial help would be extended to the next kin of the Govindas who die or get injured, till the proposed group insurance scheme rolls out from next year.

Shinde, who had announced an insurance cover a day before the Monsoon legislative session, on Thursday said the lack of time hasn’t allowed the government to implement it this year.

The CM said, “As demanded by the organisers, Dahi Handi will be included as a sport and the government will organise pro-Govinda competition. The state will give awards to winners and players will also get jobs under the sports quota.”

The statement came in response to Thane MLA Sarnaik’s suggestion in the Assembly on Thursday. Shinde said, “In countries like Spain and China, the human pyramid game has been included as a sport; likewise, Dahi Handi will join kabaddi and mallakhamb as official sport here.”

In case of a Govinda’s death, the legal kin will be given one-time financial assistance of R10 lakh. A player who faces a disability such as loss of vision in both eyes, loses both hands or limbs will get R7.50 lakh while those facing disability in one eye, or one limb will get R5 lakh each.

The financial grant is applicable only for this year as, Shinde said, from next year, the Dahi Handi competition could be held on the lines of pro-kabaddi. “We don’t have time to implement the insurance scheme this year, but it will be implemented from next year,” he said.

In a bid to be eligible for the group insurance which will be rolled out next year, the competition should be duly registered and approved by local authorities. The organisers must follow instructions/guidelines issued by the courts, police and administration about securing the players and provide emergency medical aid in case of accidents.

In addition, Govindas should be aged 18 years or above and accidents must be reported to the police and administration immediately.