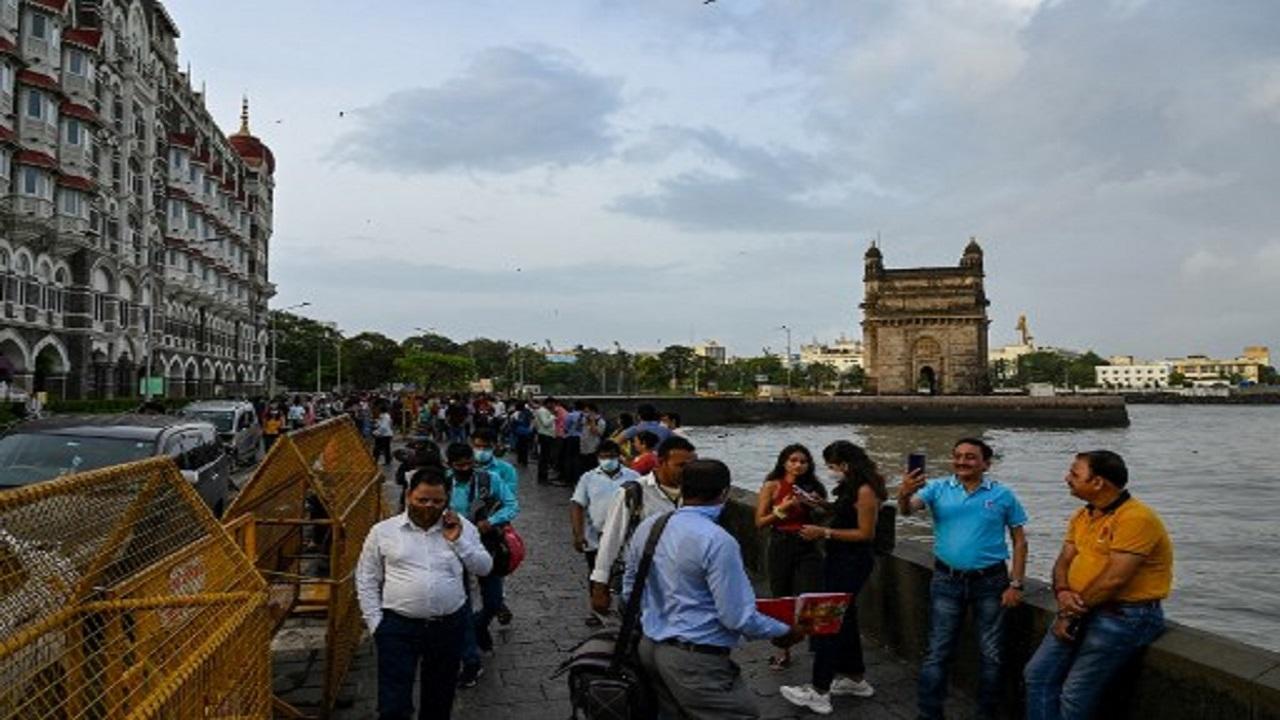 People gather near the sea front in Mumbai. Pic/AFP


The Maharashtra Covid-19 task force has discussed the possibility of granting more relaxations in restrictions while observing precautions, and also deliberated on tackling the possible third wave of the pandemic, requirement of medical oxygen and increasing the pace of vaccination, an official said.

“The state government is now preparing new guidelines after receiving various suggestions and instructions from doctors, experts and government departments. The focus of the discussion was basically on how to introduce further relaxations while observing precautions,” said a government official, who attended the meeting.

He said the government is listing new areas where more relaxations can be introduced.

The task force also discussed issues related to tackling of the possible third wave of the pandemic, requirement of medical oxygen, increasing the pace of vaccination, effective implementation of tracing and tracking, among others, he said.

The government had allowed shops to function till 8 pm in 25 districts, while excluding 11 districts where level-3 restrictions continue to remain in force due to a higher Covid-19 positivity rate. Restaurant owners, malls and other establishments have been demanding that the government extend the current timings.

Various artists have also demanded that theatres be allowed to function with restrictions. The government is also under pressure to open religious places.

CM Thackeray on Sunday announced that fully vaccinated citizens in Mumbai can travel in local trains from August 15, but a gap of 14 days from the second dose of Covid-19 vaccine is necessary to avail of the facility.

He had also said his government was considering granting relaxations to shops, malls, restaurants and places of religious worship, and a decision would be taken following a meeting of the coronavirus task force on Monday.

Thackeray had also said that the Covid-19 situation in Pune, Ahmednagar, Solapur, Kolhapur, Sangli, Satara, Sindhudurg, Ratnagiri, and Beed districts was a cause of concern.

Next Story : Rupee falls 20 paise to 74.46 against US dollar in early trade