Since Thane leader Eknath Shinde broke away with nearly 40 MLAs and stayed put in Guwahati in an unprecedented rebellion in the Shiv Sena, Aaditya Thackeray has addressed Sainiks in many packed halls. And the results are showing 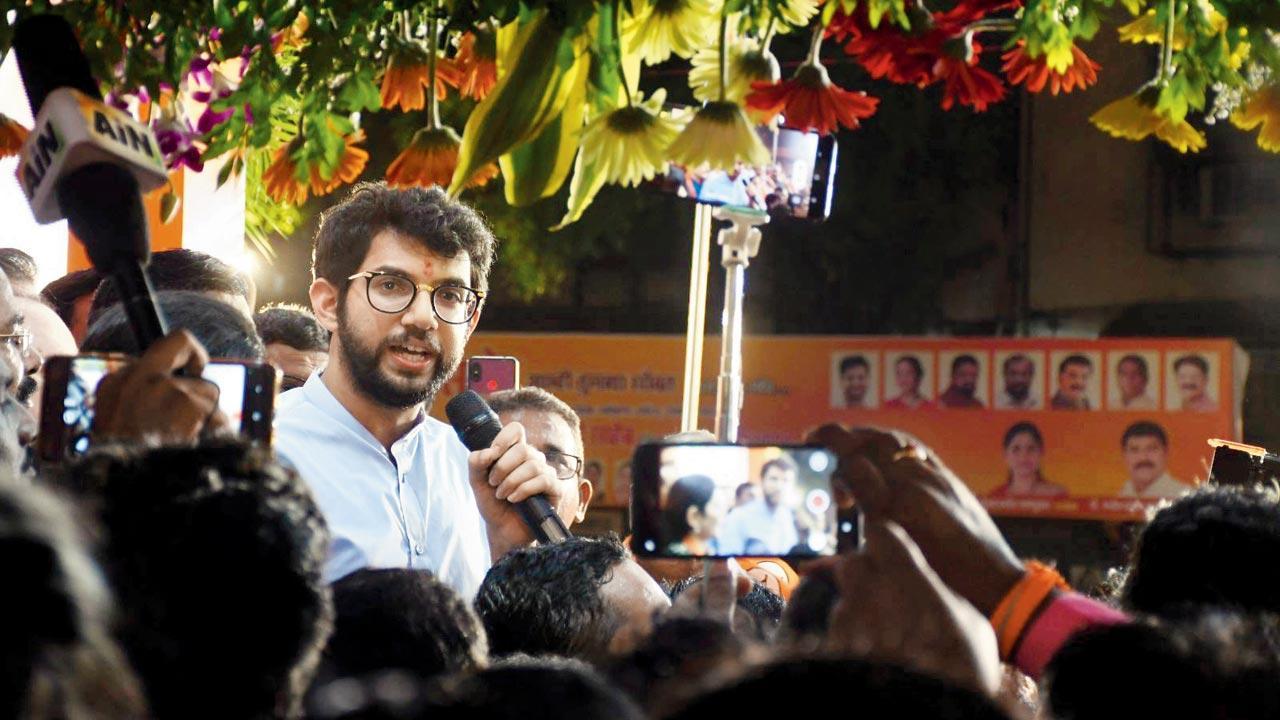 
Attempting to recover from the blow dealt by its top leaders, the Shiv Sena has begun reaching out to its Sainiks, the party’s grassroots workers. With a floor test unlikely to happen anytime soon, its young face Aaditya Thackeray has been holding marathon meetings with the cadre. Sources said the overwhelming response to his addresses has prompted Aaditya to plan a big rally on Wednesday.