Kesarkar, the three-term legislator from Sindhdurg in Maharashtra, also asked Thackeray to reconsider his view and ally with the BJP 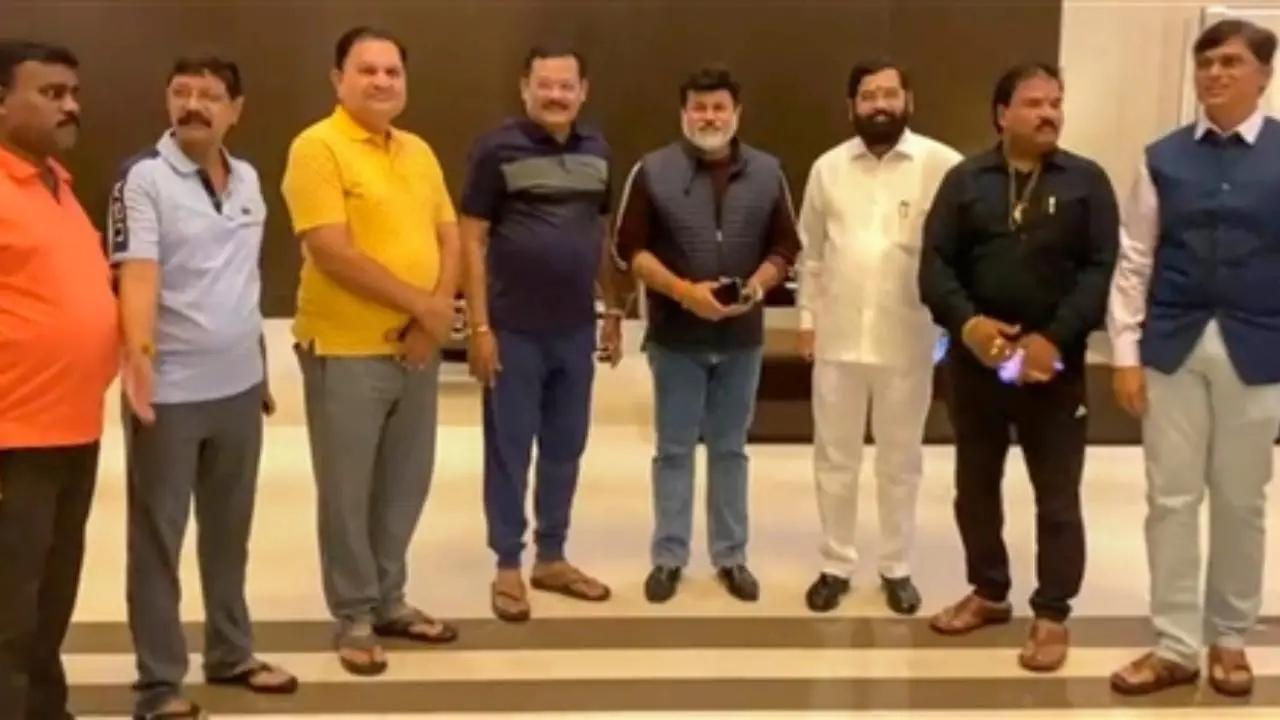 
Dubbing Shiv Sena leader Sanjay Raut a blue-eyed boy of the NCP, rebel Sena MLA Deepak Kesarkar on Monday said when the Shiv Sena-BJP government formation in Maharashtra was a mere formality in 2019, he became active with the blessings of a strong NCP leader and that he is set off to finish the saffron party.

In an open letter, Kesarkar said those who get elected because of legislators are now abusing them every day, an apparent reference to Sanjay Raut. We are called pigs, much disturbing abuse is coming our way, so much so that our dead bodies are now awaited, he said.

Kesarkar, the three-term legislator from Sindhdurg in Maharashtra, also asked Thackeray to reconsider his view and ally with the BJP. He claimed the NCP and Congress are enjoying power at the cost of the Shiv Sena and simultaneously making efforts to finish the very foundation of the party.

Kesarkar said the Sena MLAs had fiercely opposed allying with those who have opposed Hindutva, against whom late Sena chief Bal Thackeray spent his life fighting, those who tried to jail him, and those who have repeatedly insulted Veer Savarkar --- not once but again and again which continued under the Maha Vikas Aghadi government too.

However, we followed the path told by our party leader, he said.

Talking about 2019, when the Shiv Sena and the BJP were expected to form a government in the state for a second term, Kesarkar said, Sanjay Raut became active with the blessings of a strong NCP leader. The mandate was for the Sena-BJP alliance. We overlooked Maharashtra and people's mandate by forming an unnatural alliance with the BJP.

The Sena later severed ties with the BJP over the post of the chief minister and joined hands with the NCP and Congress to form a tripartite MVA government.
A large part of the letter mainly dealt with attacking Raut.

It is unfortunate that Sanjay Raut who hasn't been elected by the people, is set off to finish our party, Kesarkar said. He alleged that Sena is being run on Raut's advice and that too at the cost of isolating people like him (Kesarkar) who get elected multiple times.

The NCP fires the gun from Raut's shoulders and who does the bullet hit? Not enemies of our party but loyalists like us. This is not acceptable to us, he said.
If on the advice of Sanjay Raut, the whole party is going to bow on NCP's feet then what is left of the Shiv Sena? Should we let go of our self-esteem to please Sharad Pawar and Sonia Gandhi? Kesarkar asked.

In a video by another rebel leader Shambhuraj Desai, who was the Minister of State in-charge of the home department and other four departments before Thackeray divested him and other rebel MLAs of the portfolios, said the MoS' were for namesake with no powers.

Desai said all MLAs or party workers thought that their requests will be taken care of by the ministers of state.

Next Story : Mumbai: Protest against arrest of activist Teesta Setalvad