60% of parking space in Andheri taken up by buses; just one lot across Colaba, Churchgate and Fort; central Mumbai has more empty lots, and Chembur residents use up roadside spaces - these are the findings of city's first major parking survey 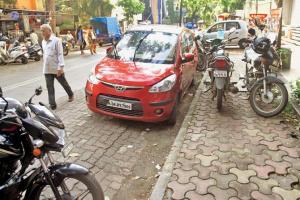 In certain areas, such as A ward, which lack adequate parking lots, motorists have no option but to park their vehicles on the street. Representation pic


The preliminary findings of Mumbai's first-ever parking survey are out and surprise, surprise, it turns out that most of the parking woes in the city are of the BMC's making. The civic authorities, who never bothered to formulate a parking policy for the city, are now starting to realise that their chaotic decision-making has resulted in each of the 24 wards facing different problems. Certain wards don't even have residential parking, forcing locals to park on the road.

In most instances, haphazard parking on the streets is just a symptom of chaotic planning by the BMC. Instead of coming up with a standard parking policy for Mumbai, the civic authorities allowed different arrangements for different wards. This is why there can be no one-size-fits-all solution to the city's parking woes, which vary from ward to ward. 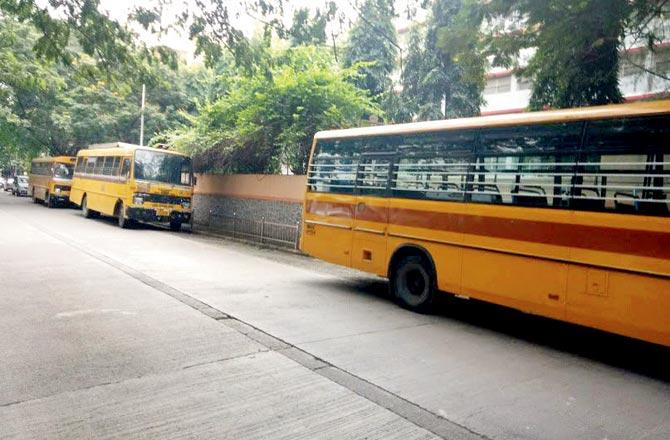 In Andheri, there is no space for buses ferrying office-goers to be parked

The problems
For instance, the industrially heavy K-East ward is inundated with hundreds of buses every day, ferrying lakhs of office-goers to the commercial hub in Andheri East. However, no parking arrangements were made for these buses, which now gobble up 60 per cent of the on-street parking spots, revealed civic officials involved with the survey. Ward A has only one public parking lot across Colaba, Churchgate and Fort, found officials. While the on-street parking habits of motorists here are still being surveyed, it's safe to assume that most people take to parking on or by the road. Shockingly, residential societies in M-West ward (Chembur) do not even have designated parking on their premises, due to which many locals again park on the roadside.

There's a more bizarre problem on G-South ward (areas of Lower Parel, Mahalaxmi and Worli), where there are quite a few public parking facilities, but citizens still prefer to park on the roads. This may be because not many are aware of the parking facilities available. A civic official said, "One pattern we found is that citizens are not using parking space provided in buildings or at off-street parking lots. There are parking lots that can easily accommodate hundreds of vehicles that are lying on the roads instead. Some are yet to be made operational by the BMC." 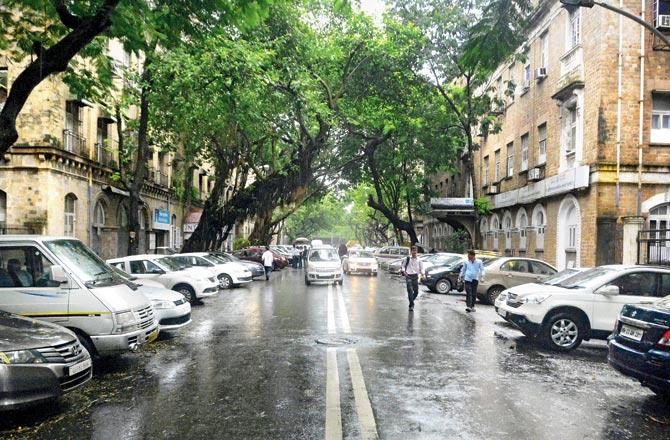 Parked vehicles take up a majority of the road at Ballard Estate, since there's only one public parking lot in the entire A ward. File pic

Possible solutions
The Parking Authority, which is conducting the city-wide survey, will help out with both macro-planning for the city, as well as micro-planning to tackle the individual issues plaguing each ward. "Firstly, the availability of off-street parking facilities will have to be publicised so citizens become aware of them, and on-street parking can be reduced. In places such as K-East ward, where buses are clogging the roads, we will have to look for vacant spaces around this area where the buses can be parked through the day," said another official.

Led by former IAS officer Ramanath Jha, the authority includes various public representatives, traffic police department, BMC traffic department and NGOs, who are working together with the aim of decongesting the city's roads. All the new parking plans that will come up in the future will be planned under the Parking Authority's guidance, and with its clearance.

A team of 15 urban planners is conducting a detailed survey of all parking lots in the city in coordination with civic officials at the ward level. Once the survey is completed, these parking lots will then be compiled by experts to create a Geographic Information System (GIS) map. In addition, the surveyors are also studying on-street parking habits of citizens to better understand how they can be encouraged to shift to official parking facilities instead. A civic official said, "While the initial focus was off-street parking, we are also discussing ward-wise issues with the ward officers to understand on and off-street parking."

In addition, and as mid-day had reported last year, the civic body is also going to explore the option of opening up parking spaces inside residential societies to the public during working hours. However, the feasibility of this option will first be scrutinised by planners. This paper was the first to report (on October 30) on the BMC's plans to utilise private parking spaces during the day, as well as breaking the story last December about the parking survey. Neither Ramanath Jha, nor Sanjay Darade, BMC's chief engineer of Roads and Traffic department, were available for comment.

'Too little, too late'
AV Shenoy, transport activist and member of the Mumbai Mobility Forum, said, "This move is definitely too late in the day, and should have been thought about 10 years ago. Even now, the officials working on parking issues are not in touch with citizens or transport experts to understand local issues. They should take our inputs and come out with a policy that is practically implementable, and execute it without further delay."

Next Story : Second AC train in Mumbai will be solar powered