Starting with their first Diwali in new home, India’s richest family all set to divide time between UK and Mumbai in the post-pandemic world 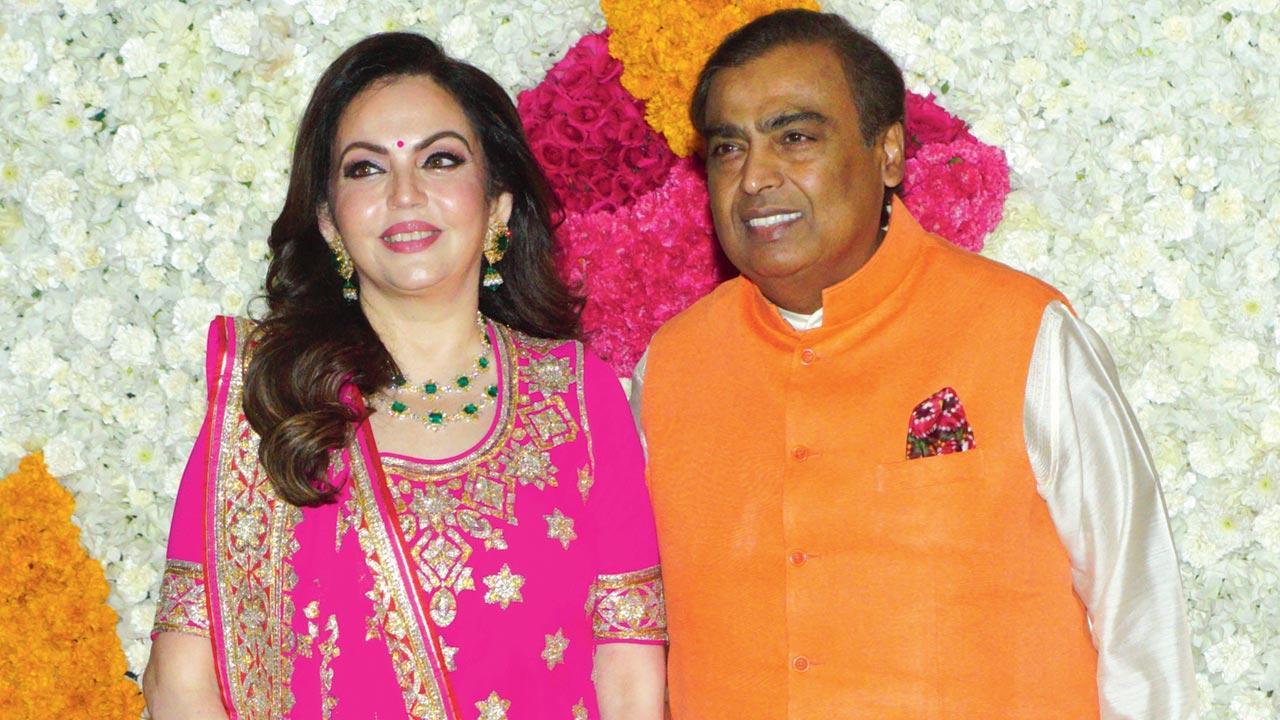 
Reliance Industries Limited Chairman Mukesh Ambani and his family are likely to divide their time between London and Mumbai in the future, sources have told mid-day.  The sources said the family is expected to make the 300-acre country club in Buckinghamshire, Stoke Park — acquired at a reported Rs 592 crore earlier this year — their primary residence, while dividing their time between the 49-bedroom London property and their Altamount Road home.

Sources told mid-day that even a state-of-the-art medical facility has recently been set up in the property, adding that the experience of spending the pandemic in the 4,00,000 square feet Altamount Road residence, Antilia, made the family feel the need for a second home. During the lockdowns, the family also spent a lot of time in Jamnagar, where their flagship refinery, which is also the world’s largest, is housed. 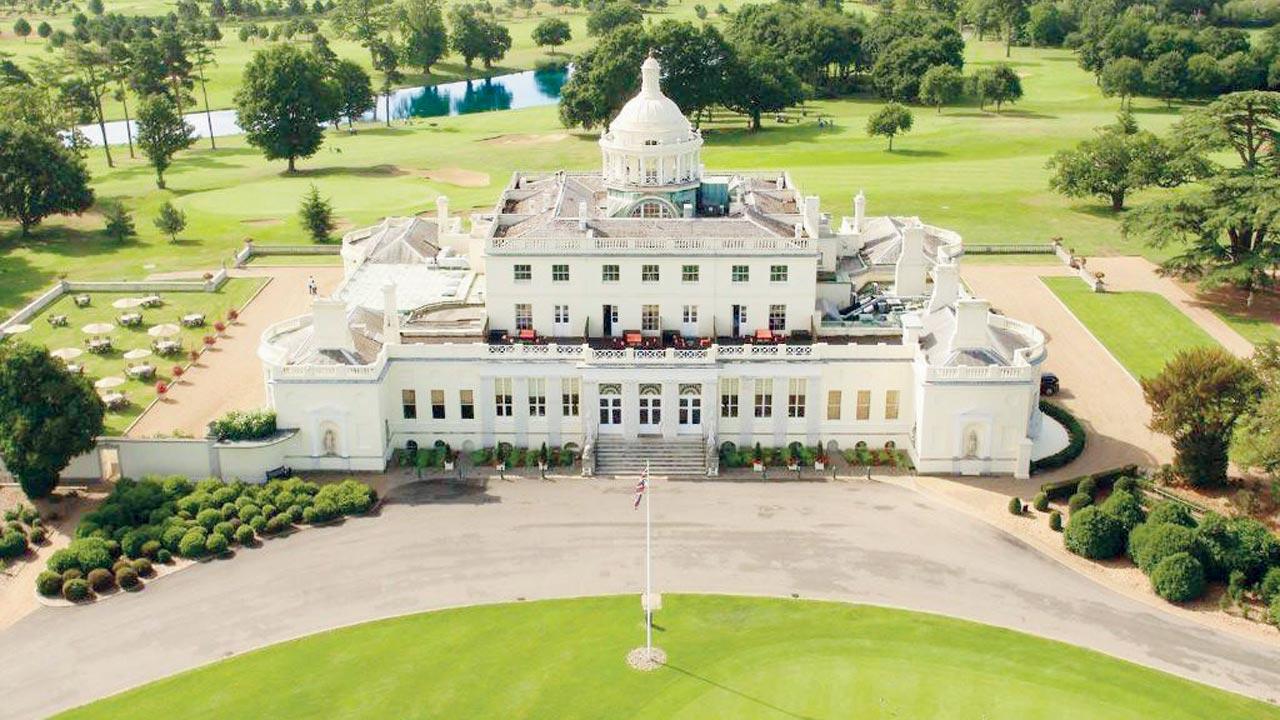 “They wanted a property situated in an open space and not a vertical building like the one in Mumbai,” said a source, adding that the hunt for a new residence started sometime last year. Once the Stoke Park deal was finalised, work on tailoring it to the family’s needs began in August.

mid-day reached out to Reliance Industries Limited (RIL) via email, but there was no response. A spokesperson declined to comment for this report. 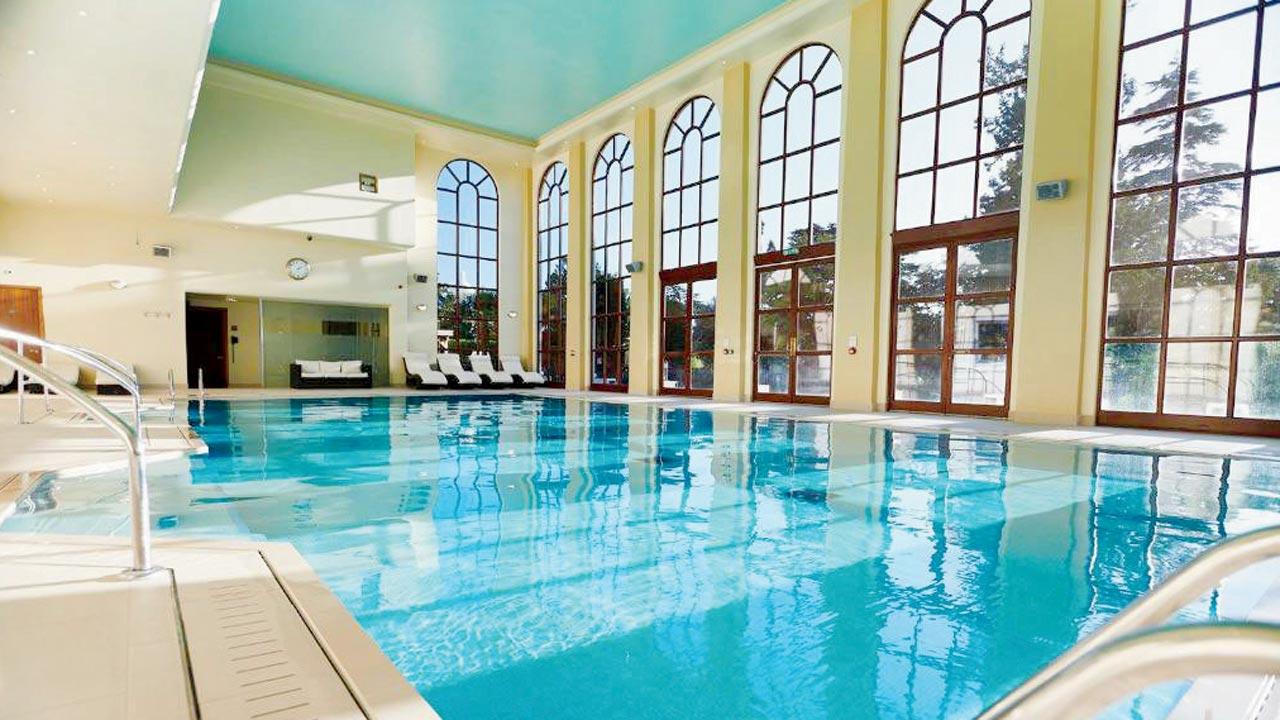 A pool in the luxury hotel that stands on the Stoke Park property. Pic/booking.com

Diwali is usually celebrated with much fanfare in their Mumbai home, but this year will the first in a long time that it will be celebrated out of the country.

“The family is celebrating their first Diwali at their new residence, after which they will return to Mumbai. They are likely to go back to the UK mansion next April,” the source said. 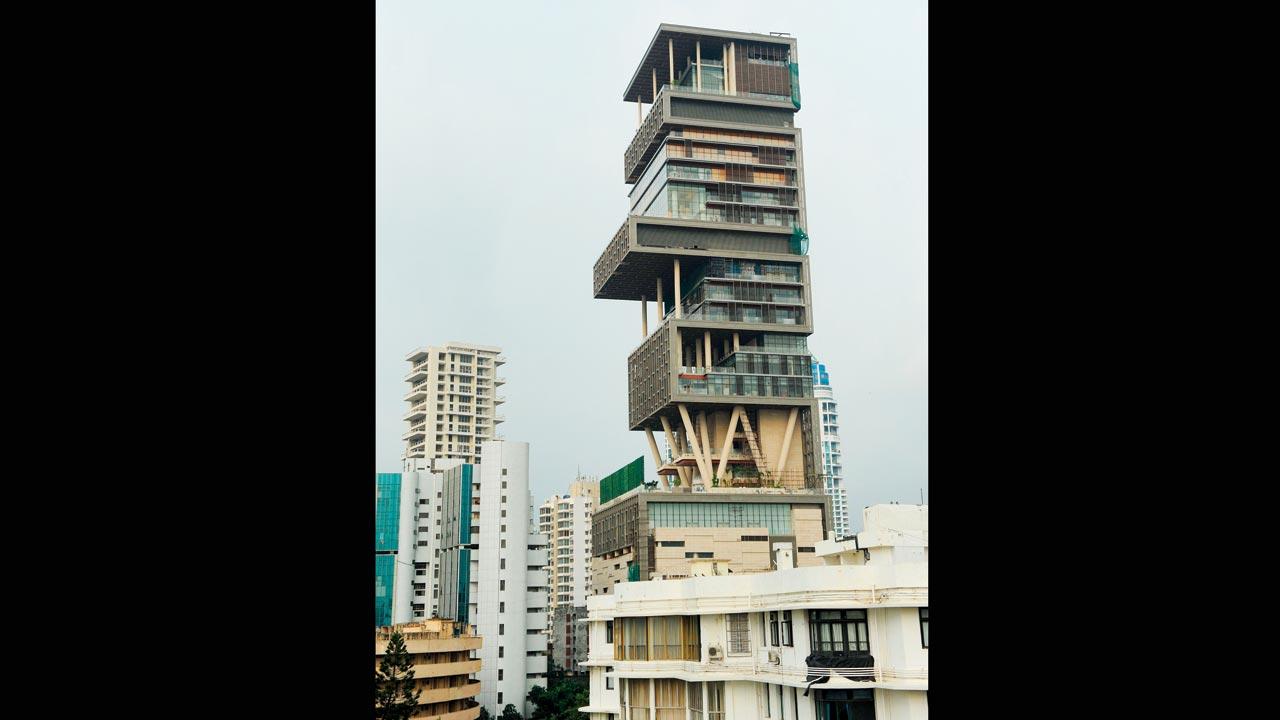 Sources said the experience of spending the pandemic in Antilia, made the family feel the need for a second home

The family is learnt to have set up a mandir as well on the property and is expected to take two priests from Mumbai. The design of the shrine is similar to the ones in their Mumbai home and various Indian offices. Marble sculptures of Ganesha, Radha-Krishna and Hanuman were commissioned from a Rajasthan sculptor.

Following their absence from their Mumbai home over the past two-and-a-half months, there had been much speculation, but a source in the know confirmed that all is well and that the family has just been busy setting up the new home.

Reporting the purchase in April, the British press had said that the property was a private residence till 1908, after which it was converted into a country club. The property houses a luxury hotel and a golf course. The Financial Times reported that the property has featured in two James Bond films.

While the property had everything that one of the world’s richest men might look for in a home, it did lack a medical facility. A team from the group-owned Sir HN Reliance Foundation Hospital and led by the hospital’s CEO was sent to the property around the end of August. The team recently finished setting up a state-of-the-art medical centre on the property, and a British doctor has been hired to be its chief medic.

“Unlike India, where private hospitals are favoured, the United Kingdom is largely a public-funded healthcare system under the National Health Services. Therefore, it was decided to have a medical centre, which is like a mini hospital, inside the premises,” said a doctor who was part of the team.

A source who played a key role in the hiring of the medical team for the centre said a British doctor has been recruited to look after standard operating procedures and other health-related protocols.

“The doctor is an anaesthetist and has vast experience in paediatric intensive care and major trauma as well,” the source told mid-day. “Since she has been working in the UK for a long time, she will be helpful in streamlining medical protocols as per the local rules and regulations. A chief physiotherapist has also been hired.”

The family is also close to finalising another deal for a hospital in the UK, according to sources. “Since the time they bought the mansion, their team has been looking to buy a hospital there. There are two private hospitals that the team has zeroed in on, of which one is a boutique hospital and another is under construction,” said a source.

49
No. of bedrooms in the Stoke Park property

300
Acres over which the Buckinghamshire country club is spread

Next Story : Mumbai: Diwali relaxation sought for all women cops as those from Nashik get it