Mysterious deaths of 4 friends from Kalachowkie leaves behind many unanswered questions -- Why did two of them erase all phone data before committing suicide? Why did other two ram their bike into a truck? 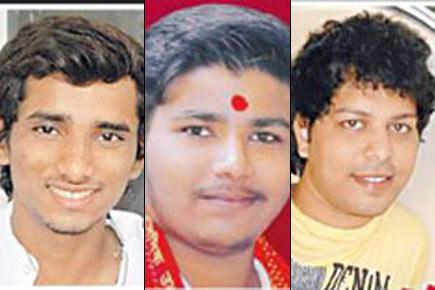 Three close friends in their 20s stay in constant touch with each other well into the wee hours of the morning. At 6 am, a family member finds one of them hanging from the ceiling. When they check his cellphone for clues, they find that all the data has been erased.

Less than two hours later, the other two friends, who were on their way to Shirdi, allegedly deliberately steer their bike into the path of an oncoming truck, dying on the spot. Precisely a week later, a close friend of the trio kills himself in a manner eerily similar to the first suicide. He, too, erases all the data from his cellphone.

This is the real-life horror story that has played out for the families of the four friends from Kalachowkie. Unable to come to terms with the deaths of their young sons, what has made things worse for them is the trail of unanswered questions and the undeniable aura of mystery shrouding the boys’ untimely passing.

With nowhere to turn, the families have approached Commissioner of Police Rakesh Maria, begging him to initiate a probe into what, if anything, links the deaths so that they can begin to get at least a modicum of closure.

Bodies pile up
Police said that the first death was reported on May 31 when, 20-year-old Darshan Katkar committed suicide by hanging himself from the ceiling of his Sita Sadan building in Kalachowkie. His sister found his body around 6 am, following which the cops were informed.

Talking to mid-day, his father Sharad said, “His death is a mystery for us. We had heard him chatting over the phone constantly into the wee hours of the morning. During investigations, the cops learnt that he had formatted his phone twice after the calls.”

Sharad said Darshan’s behaviour had been normal until the night before and there was no reason for him to commit suicide. He said they have still not been able to understand why he erased all the data from his phone.

Final ride
In the morning, while Sharad Katkar was returning from Bhoiwada after cremating his son, he was shocked to hear that two of his son’s friends, Chaitanya Parab and Prasad Dhadve (aged between 20 and 26) had also died in a road accident. Chaitanya and Prasad  were also residents of Kalachowkie and Darshan had allegedly been speaking to them before he hanged himself.

Chaitanya’s aunt, Shailaja, said, “Chaitanya and his friend Dhadve had left for Shirdi on a bike around 1.30 am on May 31. Chaitanya was driving and, at 7.45 am, they met with an accident near Wavi junction in the Nashik Rural zone.”

Assistant Sub-Inspector Dhumal of Wavi police station said, “Both were declared dead on the spot. The truck driver, Krishnakant Nishad, told us in his statement that the motorcycle’s rider deliberately swerved into his lane at a high speed and rammed into his vehicle.” The truck driver was arrested by the police and later released on bail.

One week later
On June 7, 27-year old Pratik Tejam ended his life. His body was found hanging from the ceiling of his room in Bavan Chawl in Kalachowkie at 7 am. During investigations, it was found that Tejam had posted Darshan Katkar’s photograph on Facebook less than a week before killing himself. The post stated that he sorely missed his friend.
“He was unable to get over Darshan’s suicide and the loss of Chaitanya and Prasad. Tejam was alone at home on May 31, when the deaths had taken place, as we all were in our hometown in the Konkan region,” said Tejam’s brother Praneet.

“Tejam ran a catering business. On June 6, he came home on the usual time and prepared for the next day. He left for his room and we found him hanging from the ceiling the next morning. He had deleted all the data on his phone and his SIM card is still missing. Why would he do this? There are certainly many questions that remain unanswered in all the four deaths. I just want to know why he would kill himself,” he added.