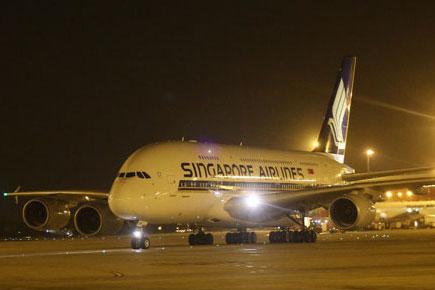 The flight, with 408 passengers and 25 crewmembers on-board from Singapore, was scheduled to land at T2 at around 9.55 pm on Saturday. After the aircraft landed, the airport doctors and paramedics on duty rushed to attend to the injured. 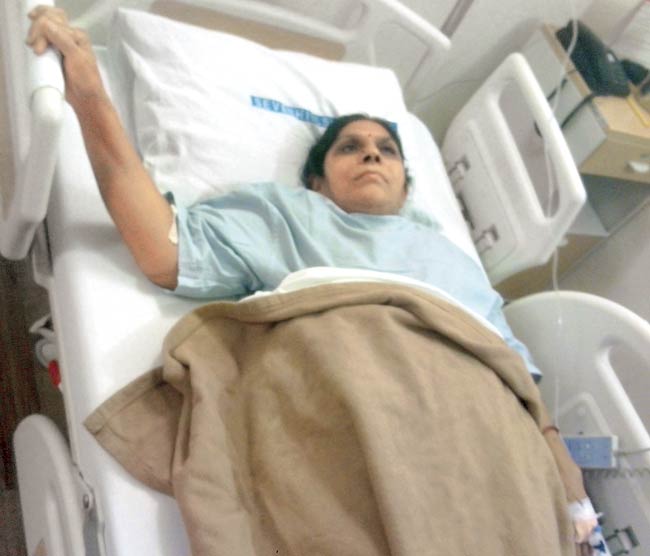 Recounting the incident, Nanu Bhai Makwana, the husband of one of the injured passengers, Nirmalaben Makwana, told mid-day, “We couldn’t really understand what went wrong with the aircraft all of a sudden.

She hit her shoulder on the ceiling and sustained injuries on her shoulder and stomach. My daughter and I were awake at the time. We had gone to Singapore to see my newly born granddaughter. We are from Gujarat and we were going to take a bus from Borivli at around midnight.

While the airline is paying for the treatment, we are quite upset after the incident. We did not want to end such a joyous trip in this manner. Diwali is in a few days and I don’t think my wife will get better by then.”

Navill, son of another injured passenger, Turel Viraf, said his father sustained chest injuries but was doing better. “Doctors have assured us that he will be discharged soon,” said the Dadar resident.

Speaking to mid-day, Dr Bhuvan Dumeti, assistant general manager and spokesperson of Seven Hills Hospital, said, “Both the patients are stable. While Turel has some minor chest injuries, Nirmalaben has shoulder injuries and has hurt her abdomen. By tomorrow evening (Monday), the doctors will take a call when they can be discharged.”

Official speak
The spokesperson of Singapore Airlines told this paper, “Singapore Airlines flight SQ 424 from Singapore to Mumbai experienced sudden turbulence during descent on October 18. Eight passengers and 14 crewmembers sustained injuries and were attended to by medical personnel on arrival at Mumbai airport. Our immediate concern is for the well-being of our passengers and crew. SA will provide full assistance to concerned authorities for them to conduct their investigations.”

Expertspeak
Vipul Saxena, an aviation expert, explained, “During summers or high-temperature days, the area around 100 feet close to the ground experiences heavy turbulence and causes instability to aircraft approaching descent. In such a situation, passengers not wearing a seatbelt or with loose seatbelts can suffer severe jerks, causing injuries if they hit the seat in front or the roof. Mumbai has been experiencing unusually high temperatures for the last one week, which may have caused the incident. The cabin crew should be more attentive and caution passengers about it.”