BMC carries out repairs after motorists raise a stink about poor condition of the road, which led to traffic snarls during peak hours 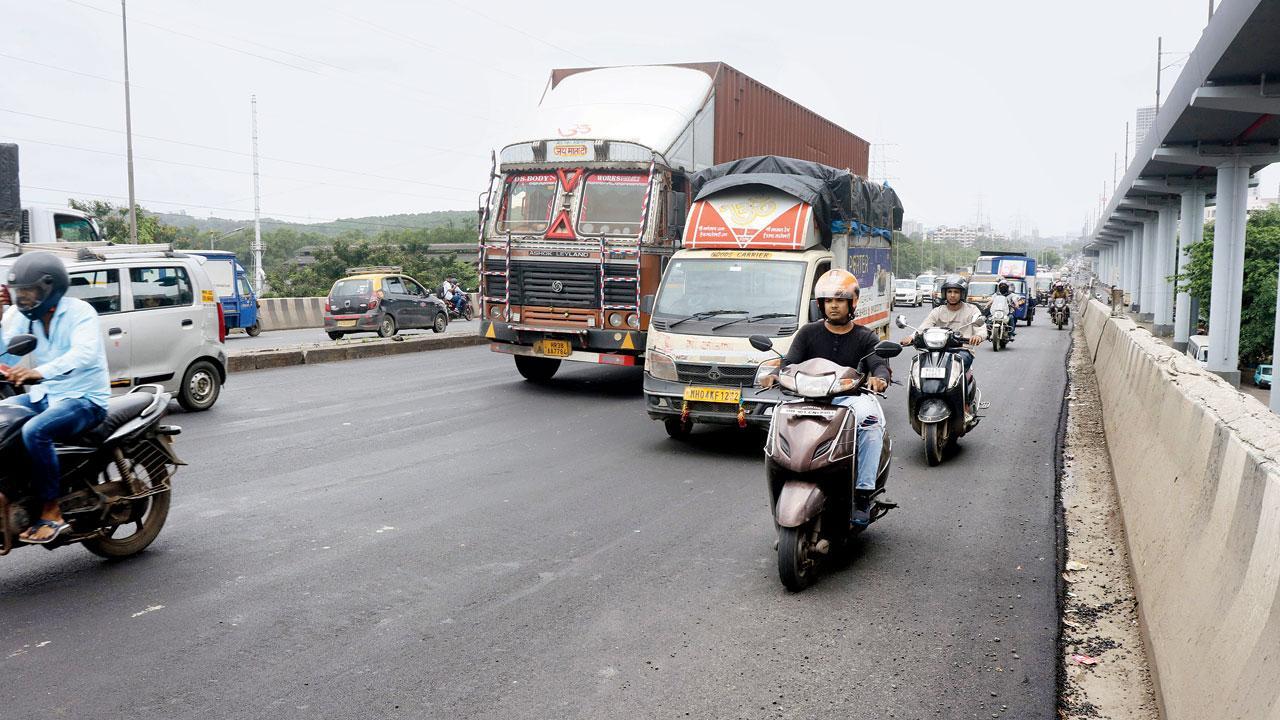 
Potholes on the north-bound stretch of Aarey Milk Colony flyover are now a thing of the past. Work on fixing the potholes and resurfacing the uneven surface
was completed early on Saturday morning.

The road has been a spot of bother ever since the monsoon arrived in June. Motorists travelling via the stretch have been getting stuck in traffic, especially during the peak hours, due to the potholes. Many commuters and motorists using the stretch had even taken to social media criticising the authorities.

Mushtaq Ansarim, civic activist and convenor of the non-profit Pothole Warriors, had also visited Aarey Milk Colony flyover a few days ago, and had raised the issue with the authorities concerned. The BMC started work on fixing the potholes earlier in the week.

Speaking with mid-day, Ratnakar Sawant, a two-wheeler rider said, “I hope the potholes on other flyovers are also repaired, so that commuters don’t have to face more inconvenience.”