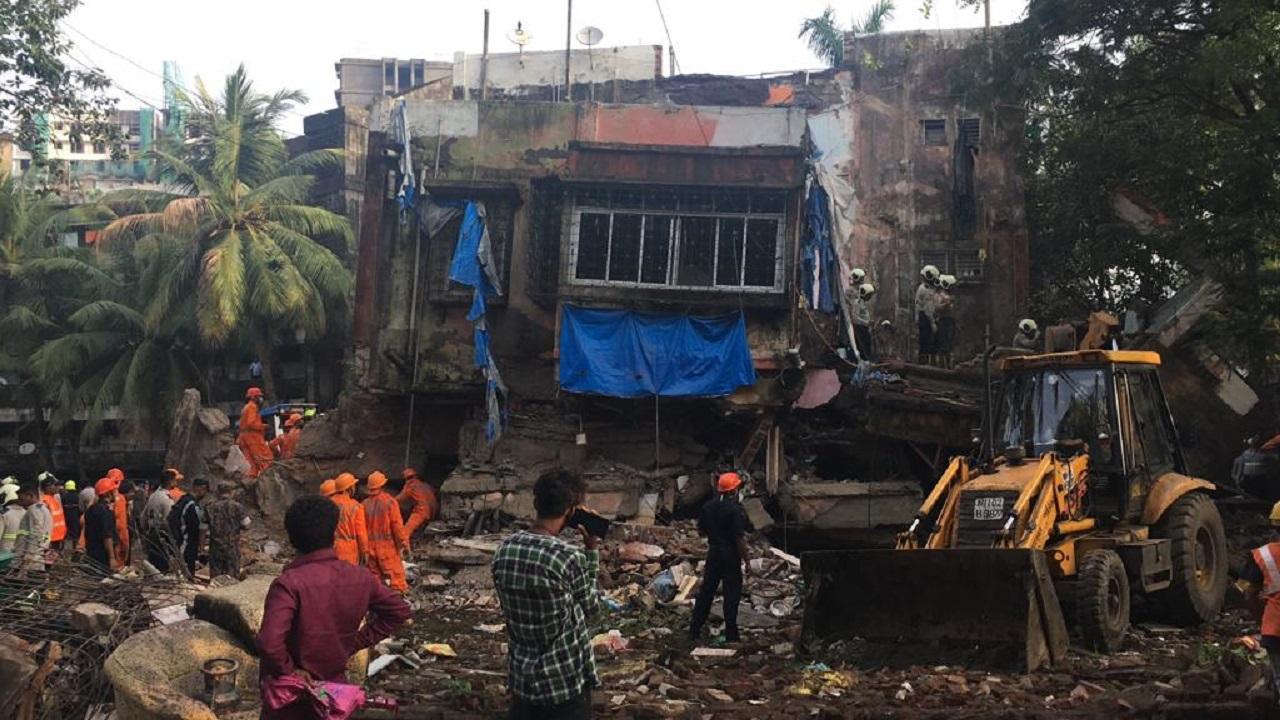 
Three persons were killed and 12 others injured after a four-storey building collapsed in Mumbai's Kurla area.

A wing of the residential building, located in Kurla's Naik Nagar Society, collapsed around midnight, the official said.

The injured people were shifted to civic hospitals in Ghatkopar and Sion.

Two men, aged 28 and 30, among those brought to the Rajawadi Hospital in Ghatkopar, was declared dead on arrival, a civic official told PTI.

Earlier, locals informed the fire brigade personnel that around 20-22 people were trapped under the debris, when they reached the spot after receiving a call about the incident, the official said, adding that the numbers may vary.

"Even prosecution for-non compliance was initiated. Later, the residents got the structural audit redone and got the building categorised as repairable, but didn't carry out the repairs," said the official, who visited the spot on Tuesday and reviewed the search and rescue operation.

Bhide said despite the BMC's continuous efforts to vacate the building, people had continued to stay there.

The building residents had even given an undertaking that they would stay there at their risk and cost, she said.

Maharashtra Minister Aaditya Thackeray on Monday night visited Mumbai's Kurla where a four-storey building collapsed and said that such property should be vacated on the notice of Brihanmumbai Municipal Corporation (BMC). "Whenever BMC issues notices, (buildings) should be vacated themselves...otherwise, such incidents happen, which is unfortunate...It's now important to take action on this," Thackeray told ANI.

Whenever BMC issues notices, (buildings) should be vacated themselves...otherwise, such incidents happen, which is unfortunate...It's now important to take action on this: Maharashtra Minister Aaditya Thackeray on buildings on the verge of collapse in Mumbai pic.twitter.com/ajOLwIz2HW

"Around five to seven people were rescued. All 4 buildings were issued notices, but people continue to live there. Our priority is to rescue everyone...In the morning we'll look into evacuation and demolition of these buildings so that nearby people aren't troubled," he added.