Bus conductor and two others are still in critical condition 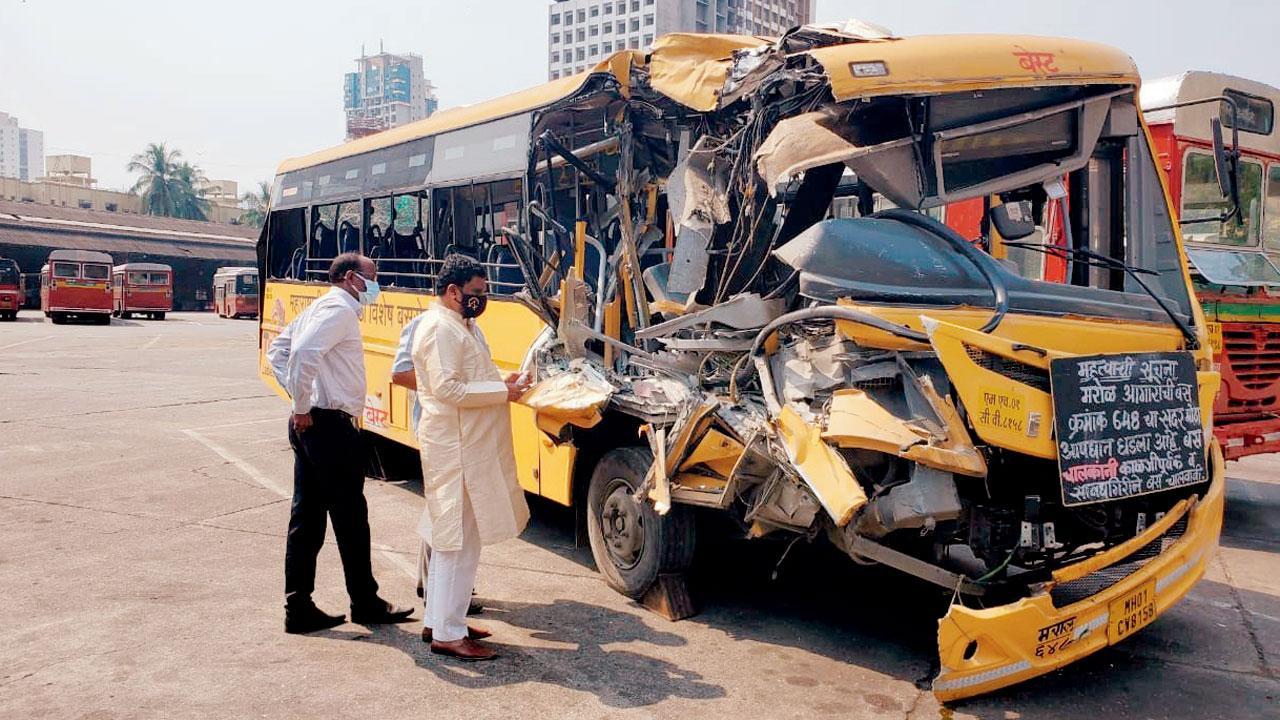 The bus was completely crushed from the front, making it difficult to determine what led to the accident


A Driver for the Brihanmumbai Electric Supply and Transport (BEST) bus, who was injured in an accident with a dumper truck, died on Friday, a civic official said. Eight people were injured, five of them seriously, on Wednesday when a BEST bus rammed into a dumper truck in Khodadad area of Dadar in central Mumbai.

Bus driver Rajendra Kale,  52, died while undergoing treatment at the civic-run Sion Hospital in the morning, while three injured people, including the bus conductor, are in a critical condition, the official said. Three other passengers have been discharged after treatment, he said.

A CCTV grab shows the speeding bus ramming into the dumper truck from behind at a traffic signal on Dr Babasaheb Ambedkar Road around 7.15 am. A passenger who was standing near the bus door was thrown out on the road due to the impact.

Next Story : Mumbai: BMC says happy Diwali with a bonus declaration for its staff