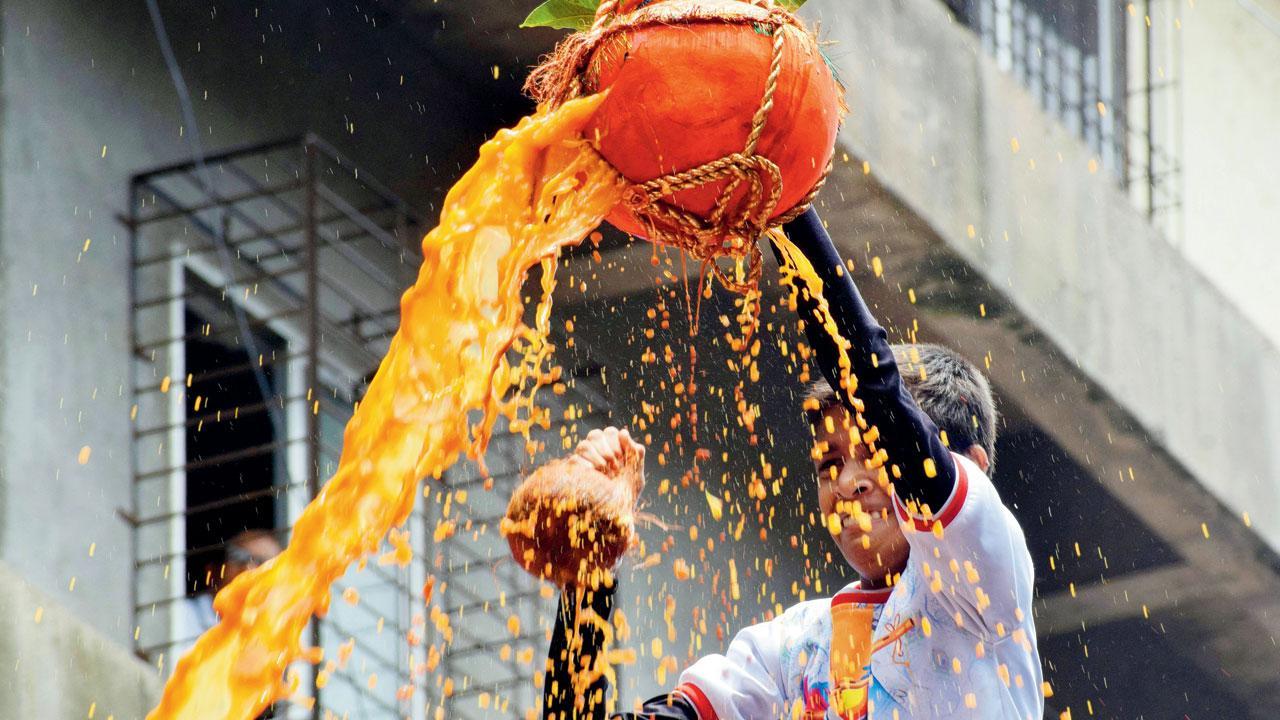 
As Mumbai prepares to celebrate the Dahi Handi festival after a gap of two years, the BJP has dealt a stunning blow to the Shiv Sena in the latter’s bastion. The saffron party has already booked Worli’s Jambori Maidan, one of the most happening Dahi Handi venues in the city. The ground was recently upgraded at the cost of Rs 2.5 crore, with MLA Aaditya Thackeray and ex-CM Uddhav Thackeray chipping in Rs 75 lakh each. The Worli assembly constituency has six corporators, all from the Sena. This year, Janmashtami will be celebrated on August 19. 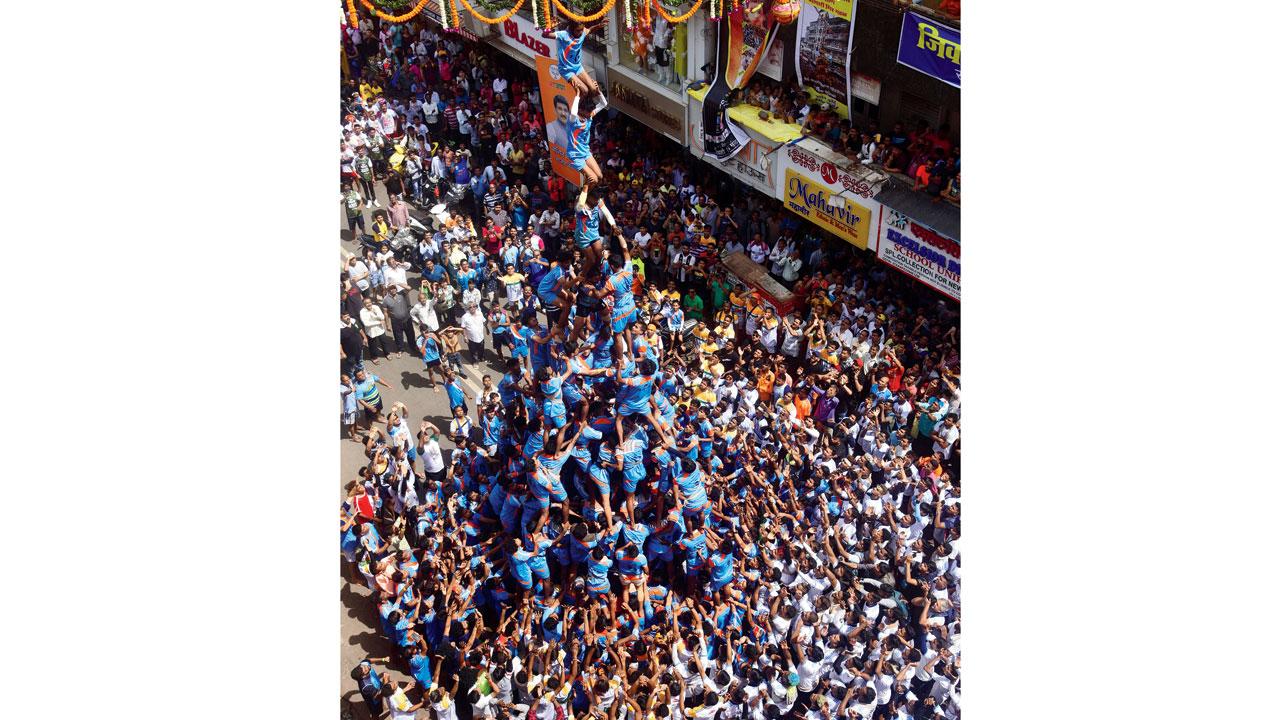 A human pyramid, at a Dahi Handi event in 2019. Pic/Atul Kamble

Jambori Maidan is known for its Janmashtami bash promoted by Sena leader Sachin Ahir and organised by Shree Sankalp Pratishthan Charitable Trust. Dahi Handi celebrations, which mark the beginning of the festival season in the city and are followed by Ganeshotsav, Navrati and Diwali, have in the past few years become politically driven megaevents. The event at Jambori Maidan draws a bevy of netas and Bollywood celebrities.

With the BMC polls scheduled this year, the BJP has been working overtime to dislodge the Sena at the civic body. “We took almost all the permissions last week. Now, due to the long weekend and public holidays, we are waiting for the loudspeaker permission and we hope to get it by Wednesday,” said Santosh Pande, a local BJP worker. 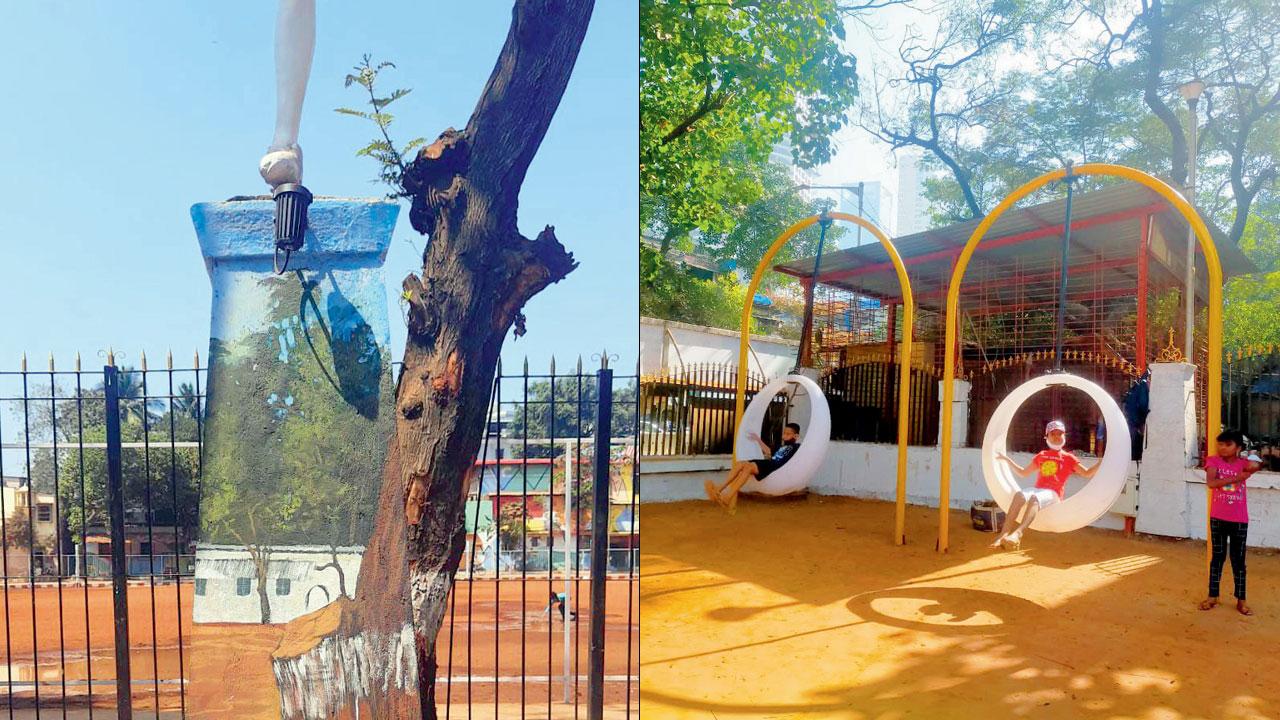 The revamped Jambori Maidan at Worli. MLA Aaditya Thackeray and ex-CM Uddhav Thackeray had chipped in funds to upgrade it

Mumbai BJP president Ashish Shelar said, “With Jambori Maidan, BJP has entered the celebration of Dahi Handi festival. We have organised 352 Dahi Handi events across the city.” He added, “The award amount won’t be in lakhs but the focus is on celebrating festivals and culture.”

Sachin Ahir, which switched over to Sena from NCP ahead of the 2019 assembly polls, didn’t respond to calls and messages from mid-day.

Kishori Pednekar, ex-mayor and Sena leader, said, “The Jambori Maidan was revamped by spending crores of rupees and now we don’t want to ruin it by organising a festival. The money is spent by the government and now if someone wants to destroy it then they have to rethink it.” She said the festival can be organised at other venues in Worli.

This is not the first time the BJP has been eyeing to occupy the space in festivals like Dahi Handi and Ganeshotsav which is largely in the hands of the Sena and NCP. The party had announced its plan to organise 150 Dahi Handis in the city in 2016.

Next Story : Mumbai Crime: Ambani hoaxer in police custody; cops concerned over use of ‘Afzal’