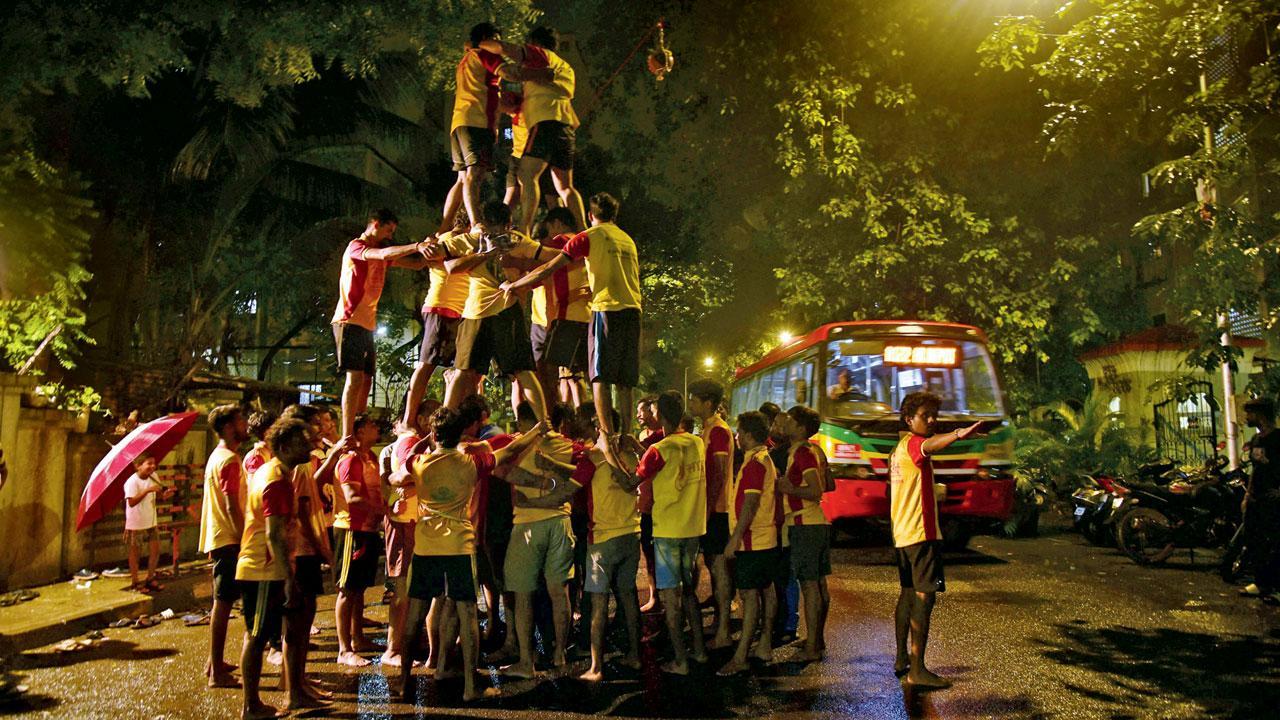 
Ahead of the civic polls, major festivals like Dahi Handi, Ganeshotsav and Navratri are expected to turn into competing fields for parties like the BJP and the Shiv Sena factions led by CM Eknath Shinde and party president Uddhav Thackeray.

Since the time of Anand Dighe, Shiv Sena in Thane has remained at the forefront in celebrating Dahi Handi in a grand way. This year, however, those with the Thackeray camp are undecided over the popular venues in Thane.

The highlight of Thane’s Dahi Handi will be the event at Tembhi Naka that was started by Dighe. CM Shinde’s son and MP Dr Shirkant Shinde will be organising the Tembhi Naka event. Dahi Handi and the Ganesh festival have always been a favourite platform for Sena to reach out to its vote bank.

“During the pandemic, we could not celebrate festivals. This year, we will celebrate the Tembi Naka Dahi Handi as a tradition of Thane which was started by Anand Dighe,” said Shrikant Shinde.

The event of Sanskruti Yuva Prathisthan Dahi Handi Mandal organised by Shinde group MLA Pratap Sarnaik will be held at Vartak Nagar. “After two pandemic years, we are organising the festival this time like the way we used to do it earlier,” said Purvesh Sarnaik, secretory of the Mandal. “We don’t allow GovindaS who are below 14 years of age. We will check their age proof and also take precautionary measures,” he said. Another popular Dahi Handi of the The Anand Dighe Charitable Trust Dahi Handi event used to be organised by Sena MP Rajan Vichare, a Thackeray family loyalist. “We will organise  Dahi Handi like every year,” he told mid-day.

NCP is out as well

The event by Thane Sangharsh Pratishthan, linked with NCP leader Jitendra Awhad, was hugely popular in Thane, but it has not been organised for the last four years. Awhad’s team said it won’t be organised this time as well.

BJP MLA Ram Kadam is known for organising one of the biggest Dahi Handi events in Mumbai, at Ghatkopar, is yet to make an announcement. Kadam said he will organise the Dahi Handi celebrations with much fanfare this year. “Finally, we have got an opportunity to organise Dahi Handi this year and we will hold it exactly the way we did two years ago. However, the final decision on preparations and prizes will be decided only after our meeting tonight [Tuesday night],” Kadam said.