Residents of the BMC sweepers’ colony say parts of the ceilings, walls, even slabs falling are a regular happening; civic official says she will inform ‘the officer concerned’ 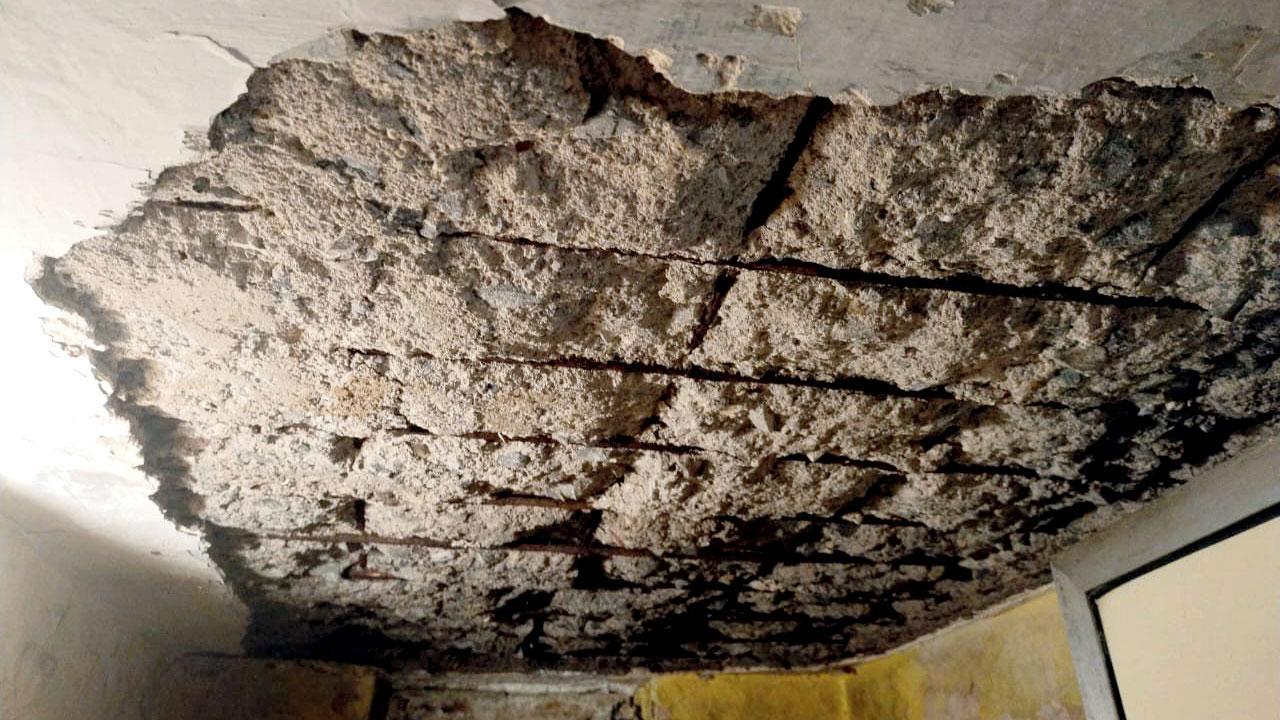 
High-Rises, flyovers, the Metro over and underground, and the coastal road are all coming up at varied speeds to make Mumbai a world class city; but some of those cleaning this metropolis are afraid of staying in their own homes. So dilapidated are these structures that every day they fear part of the ceiling, or a slab, or the whole building will collapse. This is the reality for residents of BMC sweepers’ staff quarters at Goregaon. They feel the Brihanmumbai Municipal Corporation (BMC) doesn’t care about them and is waiting for a big incident. 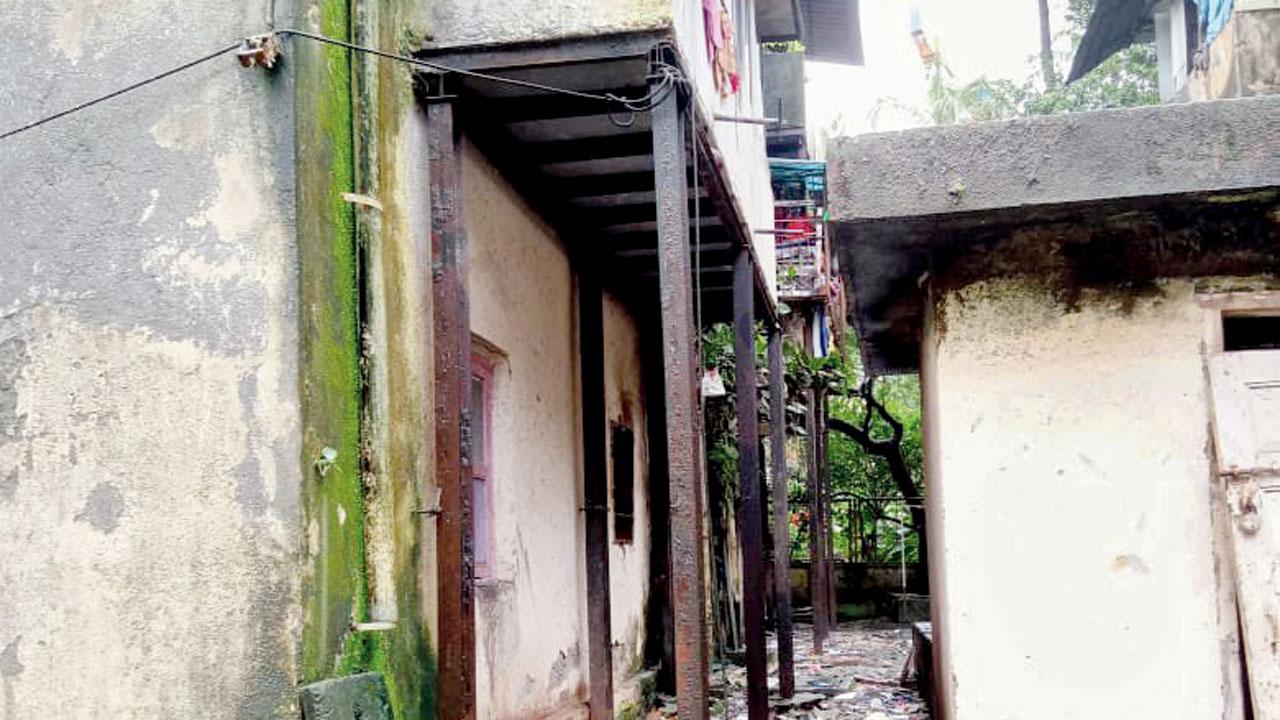 The society at Jayprakash Nagar comprises three buildings of ground plus 2 structures where 36 families stay. The BMC constructed this colony in 1961-62 and allotted houses to those in the sweepers’ department.

A sweeper, Ghanshyam Rajput, who stays in C-Wing of the colony, said, “Our society is very old and has been repaired many times. It was repaired around 10 years ago. Now the condition is very bad and every day some part of the ceiling, kitchen wall, bathroom wall, etc. falls on residents. My sister came to my house after she delivered a baby and stays with us. She was sleeping in the hall with her newborn and when she woke up suddenly part of the ceiling fell next to them. They were lucky to escape. Few days back, a neighbour stepped out of the bathroom and part of its wall fell. Every day we sleep afraid that something will fall and we will die.”

Another resident Rohan Solanki said, “In the rain we are more scared that this building will fall and we will be trapped. We clean roads but the BMC is not even giving us proper rooms to stay. The BMC also deducts room rent from our salary, so why are they giving us these dilapidated rooms? They should repair them.”

Rajput further said, “We have been living here for many years, but haven’t got ownership of the rooms yet. If such an incident takes places, where will we go? My grandfather died at the age of 45 due to a disease after cleaning roads and my grandmother vomited blood while she was on duty and died.”

Safai Kamgaar Malki Ghar Committee President Bharat Solanki said, “Five years ago many sweepers’ families died after a building collapsed at the BMC Colony at Dockyard Road. This colony is also in a dilapidated condition. Officers only give assurances but nothing happens. Sweepers and their families should get good houses. They are also paying rent and cleaning society. They should get their rights.”

Speaking to mid-day, Deputy Municipal Commissioner (Solid Waste Management) Dr Sangita Hasnale said, “Give me whatever information you have about this society and I will give it to the officer concerned and take appropriate action.”