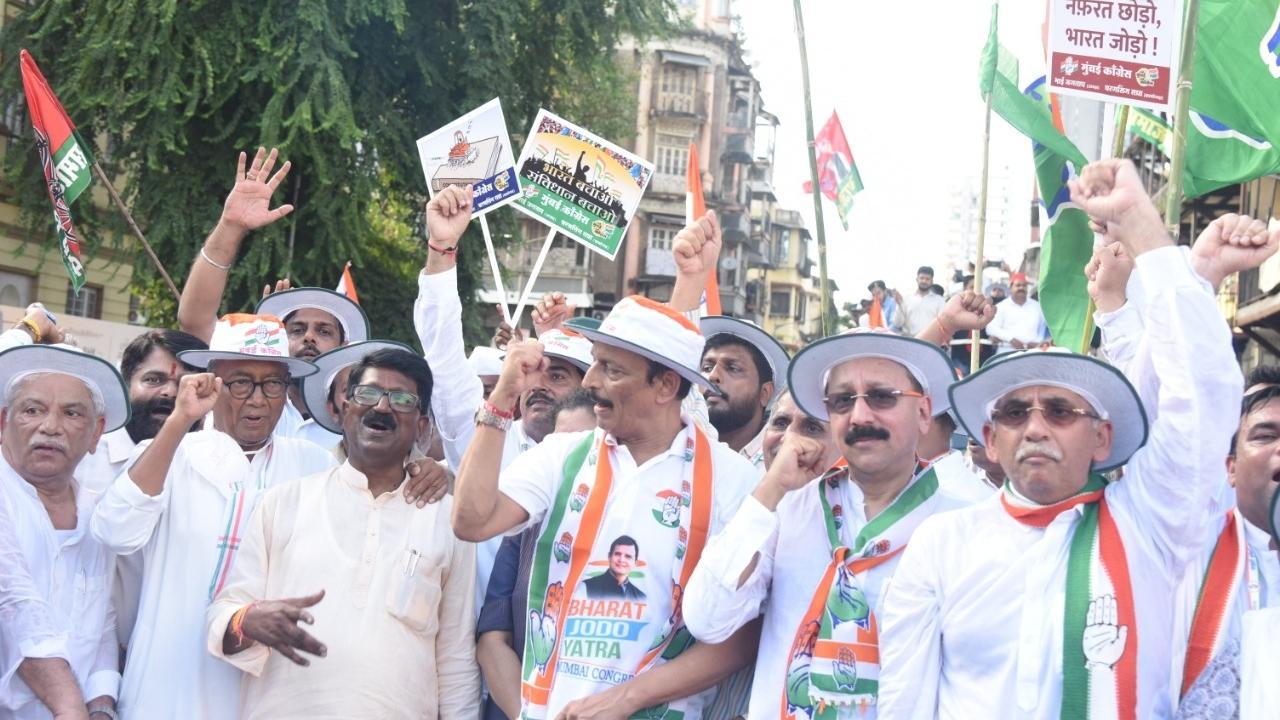 
Shiv Sena and Samajwadi Party workers as well as members of several organisations on Sunday joined a 'yatra' of the Mumbai Congress against divisive forces.

The march was held between August Kranti Maidan and the statue of Mahatma Gandhi near Mantralaya.

Aadmi Party (AAP), who he said were "B teams of the Bharatiya Janata Party", and those part of the Eknath Shinde faction.