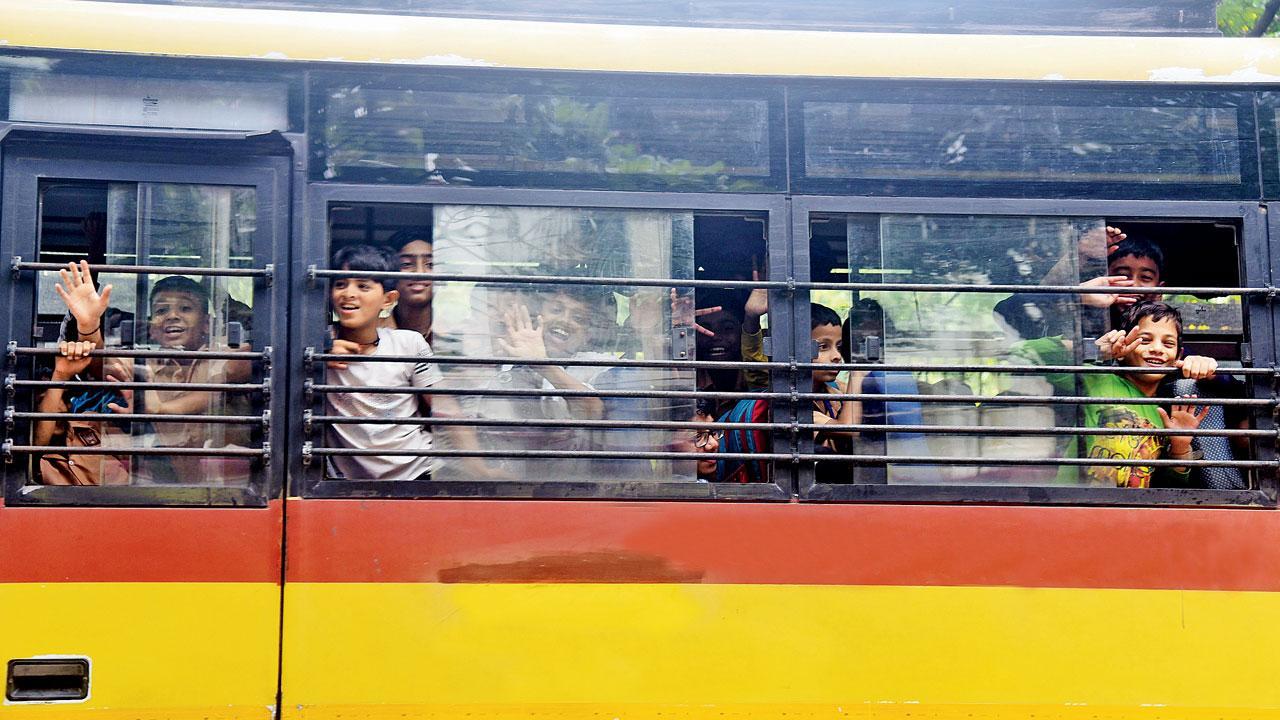 A bus full of children without masks on its way to school in Bandra East last week. Pic/Shadab Khan


Less than two weeks after a majority of the schools in the city reopened, cases among children under 19, many of whom are yet to be eligible for vaccines, have gone up by 11 per cent. In another worrying trend, ICU admissions in Mumbai have risen by about 26 per cent, though doctors insisted it wasn’t much compared to the overall number of Covid cases. 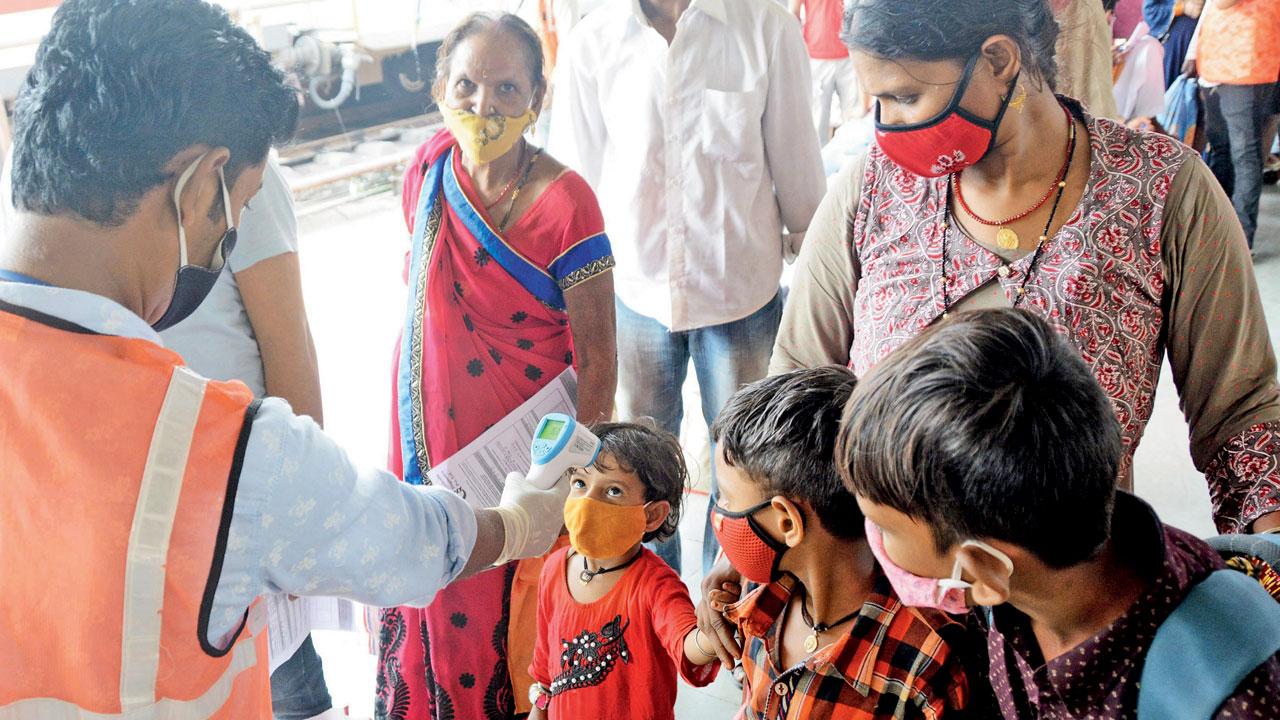 A civic worker checks the temperature of children returning to the  city before school began earlier this month. Pic/Sayyed Sameer Abedi

Official statistics from the earlier three waves of Covid-19 showed that there were fewer infections among students. However, the numbers are rising much faster, triggering an alarm bell. From the beginning of the pandemic till June 25, the city has recorded 11,04,600 Covid-19 cases, which includes 81,721 cases among the under-19 category.

While the overall infection rate in this age group has been 7.38 per cent, it has leapt to nearly 11 per cent between June 10 and June 25, when children began going back to school. Between May 13 and June 9, about 9.21 per cent of children and adolescents had been infected. Between June 13 and 25, as per BMC numbers, 782 children between 0 and 9 years were infected, while there were 1,696 new cases among those aged 10 and 19. 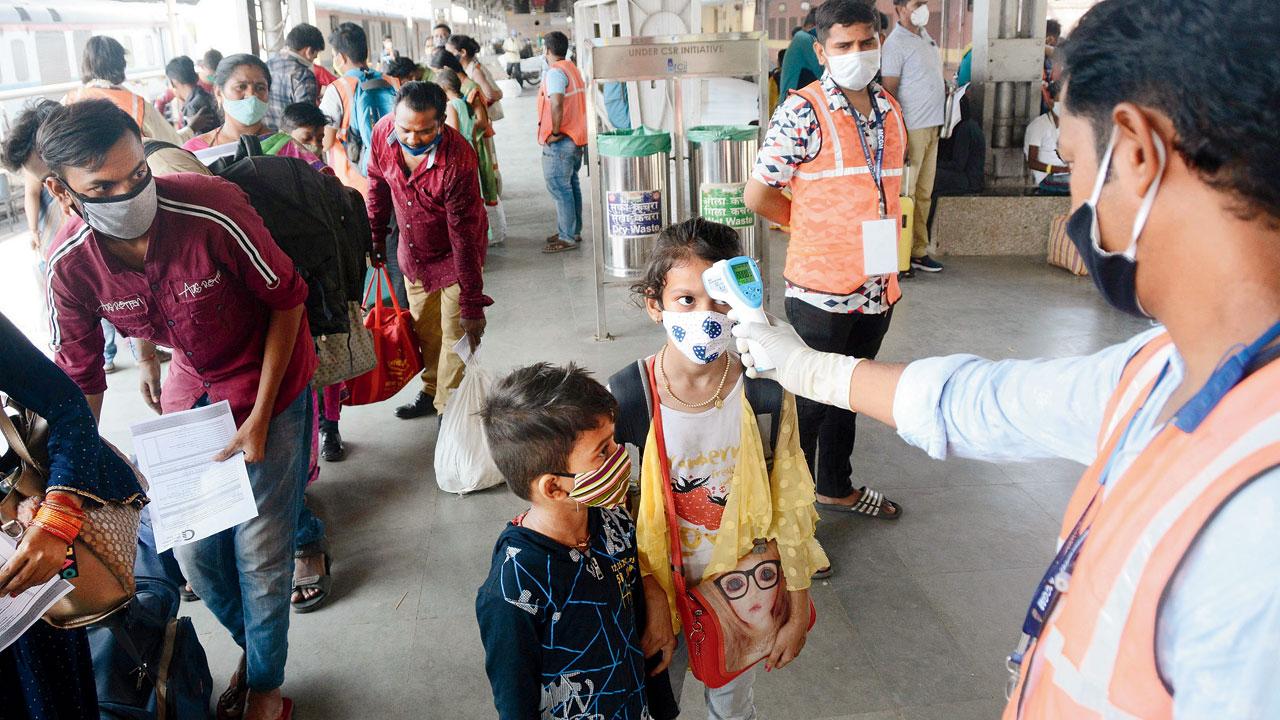 Dr Tushar Maniar, Head of Department, Centre for Child Health, Nanavati Max Super Speciality Hospital, said, “We have observed a rise in Covid infections among vaccinated, unvaccinated or re-infected children across various age groups. But still, none of the children required admission. About 99 per cent of them improve significantly within 72 hours with normal oxygen saturation and blood parameters. We advise all infected children to take rest in the isolation of their homes, drink adequate water, and take paracetamol for fever and ibuprofen in case of very high fever.”

State’s Paediatric Task Force member Dr Bakul Parekh said, “As overall cases are going up, the same trend has been seen in paediatric cases too. There is no need to panic. Children are having mild symptoms like other flu coming with the complaint of high fever, sore throat, and body ache. They are recovering in 3 to 4 days.”