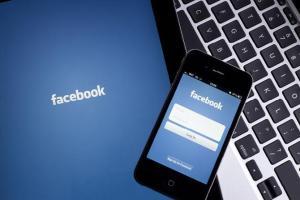 
A man was arrested on Monday for creating fake profiles of women on Facebook to offer webcam sex service. The man impersonating the women, would take money from customers and block them on the social networking platform, Indian Express reported.

The crime came to light after an event manager learned from a friend about her profile being impersonated on Facebook. The event manager’s friend came across the advertisement for the webcam sex services with her service, police said.

According to the police, the page sold nude webcam sex sessions for Rs 1,000 and Rs 1,500 as per the time frame. Once the event manager learned about the crime, she and her husband approached an officer of the cyber cell, to nab the perpetrator.

"…I found that the person operating the page would accept payment only through online wallets. I posed as a customer and convinced him to give me his bank account number to transfer him the money," said the officer.

Using the bank account number, the officer said that he was able to gain access to an Aadhar card , subsequently leading him to a mobile phone contact number linked to it.

After the perpetrator was identified, the event manager filed a police complaint against him and he was arrested on Monday. The police also found that he was operating three similar accounts