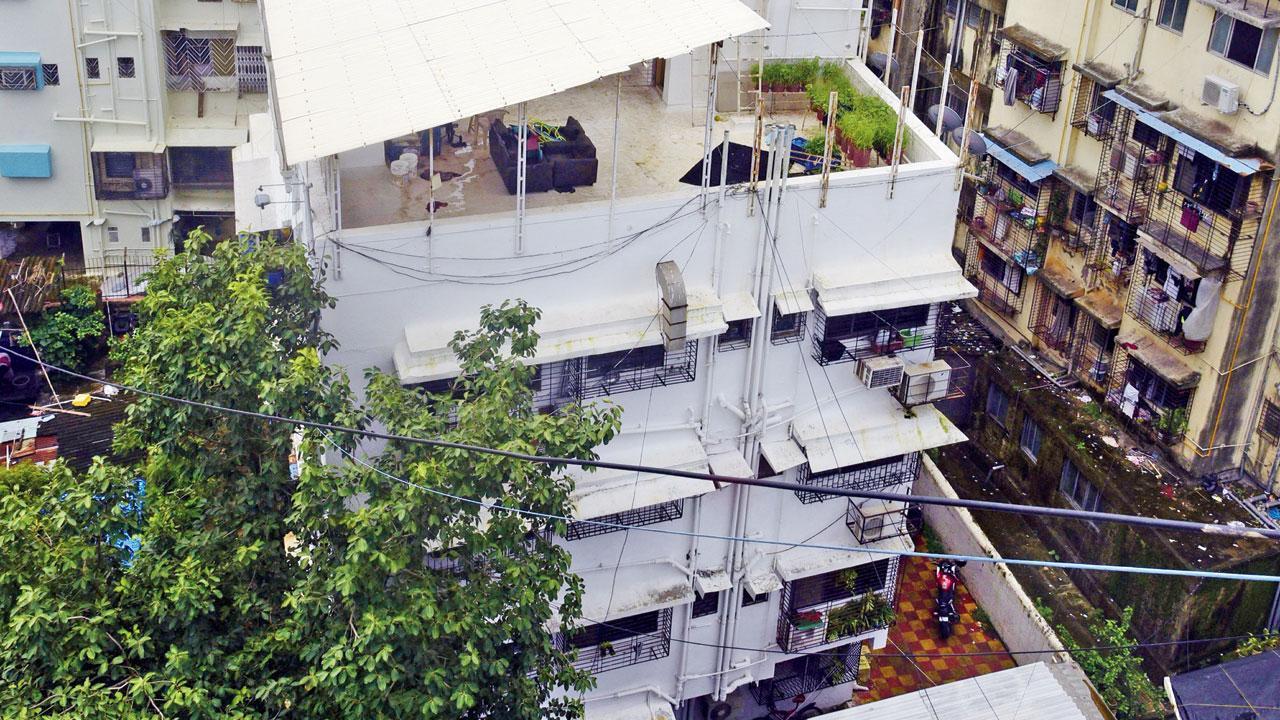 
The name is Shanti Dharma Co-operative Housing Society, but for the residents of this ground plus three-storey structure at Mogul Lane, Raut Wadi, at Mahim West, “shanti” is in the name only. Those living in the 12-flat building have extreme difficulty entering and exiting the premises as the access has been compromised by at least 13 hutments that have stayed put there, despite all efforts to shift them.

The hutment occupants in the neighbourhood have a Slum Rehabilitation Authority (SRA) building called the Meenatai Thackeray Society in the same vicinity. This building was started in 1998 and as wings were completed, more than 80 hutment dwellers were shifted into the building in phases. But the last 13 hutment dwellers have refused to move in, though they were supposed to be shifted in 2014. Two other housing societies, the Harishchandra Housing Society and Prabhu Housing Society, are similarly impacted because of this hutment encroachment refusing to budge.

The Prabhu Society’s communication to G/North, Mahim’s BMC office, sums up the sentiments of three societies adversely impacted by the obstruction. The letter dated July 18 stated in its subject line: ‘Unauthorized dwellings on road behind our Society’. 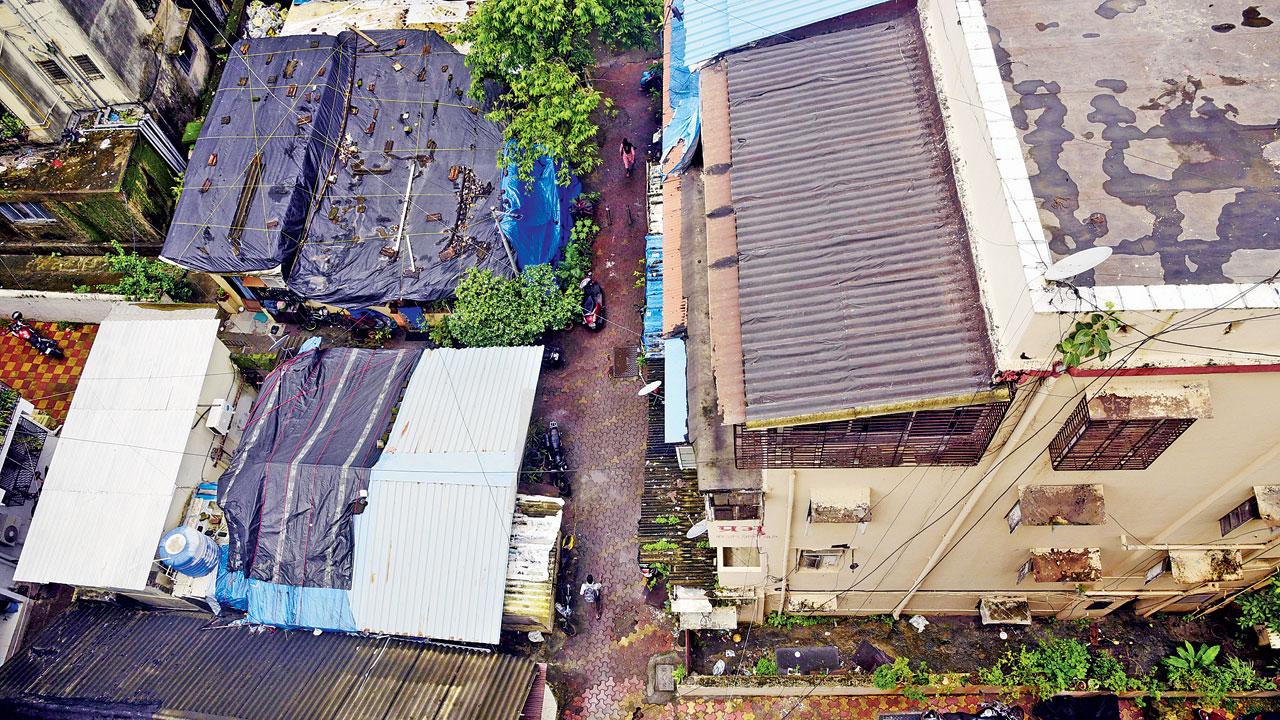 The narrow lane that leads to the society. Ambulances and fire tenders can’t reach the building, said residents. Pics/Atul Kamble

Excerpts from the letter read: “We wish to bring to your notice the presence of 10-12 dwellings, which are unauthorized, as they are on the road behind our Society building. They hinder and hamper ambulance and fire brigade services.”

The Society also stated that the building is old and they are looking for redevelopment. All the builders they have approached are looking for an unhindered 40 feet of road next to the building. It ends by asking the assistant municipal commissioner to “clear the road of unauthorized dwellings behind our building running from Lokmanya Tilak High School to Mogul Lane”.

Harishchandra Co-Op Housing Society has a similar communication to the local ward office dated July 20, stating problems of access. The communication specifically stated how vehicles were literally forced and dangerously squeezed into the little lane leading up to the building.

Shanti-Dharma Co-Operative Housing Society brings up the same concerns as the other two societies in their July 8 communication with G/North ward, asking who will be responsible in case of a fire or medical help as emergency vehicles can’t access the building.

Shanti-Dharma residents said, “These are some of the latest letters, but our efforts to get these slums removed have been on for years. We have been going in groups, meeting persons in authority to expedite this.” Not a single resident wanted to be identified as there is a fear of reprisals by hutment dwellers. They added, “Shanti-Dharma Society’s one gate is permanently closed and cannot be used as it is blocked by huts.” Residents also stated that hutment dwellers have increased the area of their homes, through illegal extensions. “Certain huts have even added an additional floor,” they pointed out.

A resident of Shanti-Dharma Society said, “My mother-in-law, 85, got COVID in the fierce March 2021 wave. She had a high fever and was breathless. The ambulance could not come to the building gate. It stopped outside the encroached road and she had to be carried a substantial way to the ambulance. This was dangerous as one of the young men from our building got COVID post that, maybe he had contracted it because he was helping us carry her, I am unsure, but it is a possibility. This was time-consuming, inhumane considering her age, and that she was breathless. Fortunately, my mother-in-law survived.” Locals all together stated, “The corruption is mind-boggling. Will it take deaths for somebody to wake up and take action, instead of letters flying and rounds of meetings?”

Prashant Sapkale, assistant commissioner, G-North, said, “We are fully aware of this problem. As I understand this, these persons were supposed to be shifted to the SRA building in the area. They have not been shifted for some reason. We had called the SRA officials for a meeting. We told them that the developer who has got the FSI because of this must shift these persons to the building right away. If he does not do so, the SRA must file a case against the developer. Meanwhile, these persons in the shanties barring access to the building must be accommodated elsewhere in a Project Affected Persons [PAP] facility. I know there is a danger as vehicles have no direct access, but this is the only solution to the problem.”

Residents claim they are caught in the ping-pong battle between different agencies, while the clock has been ticking ominously for eight years, with 55 homes and at least 200 people forced to live dangerously.