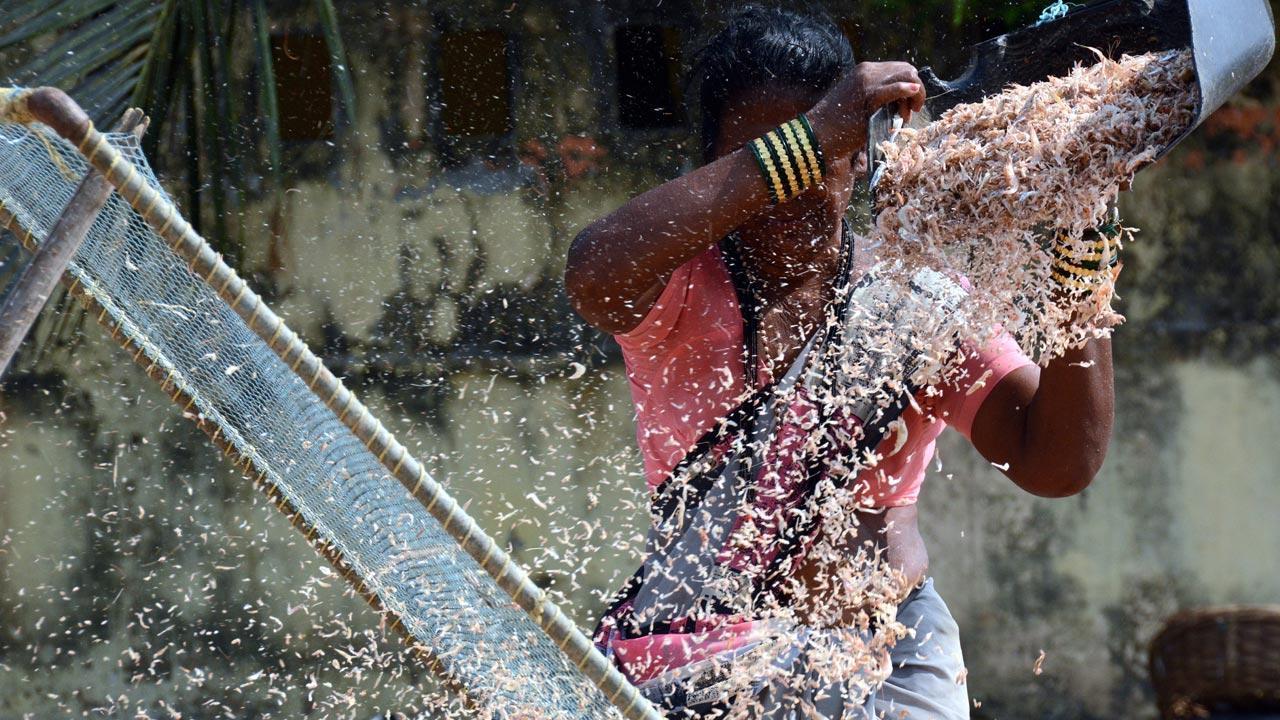 A Koli fisherwoman sifts dry fish on Madh beach in Malad on Wednesday. 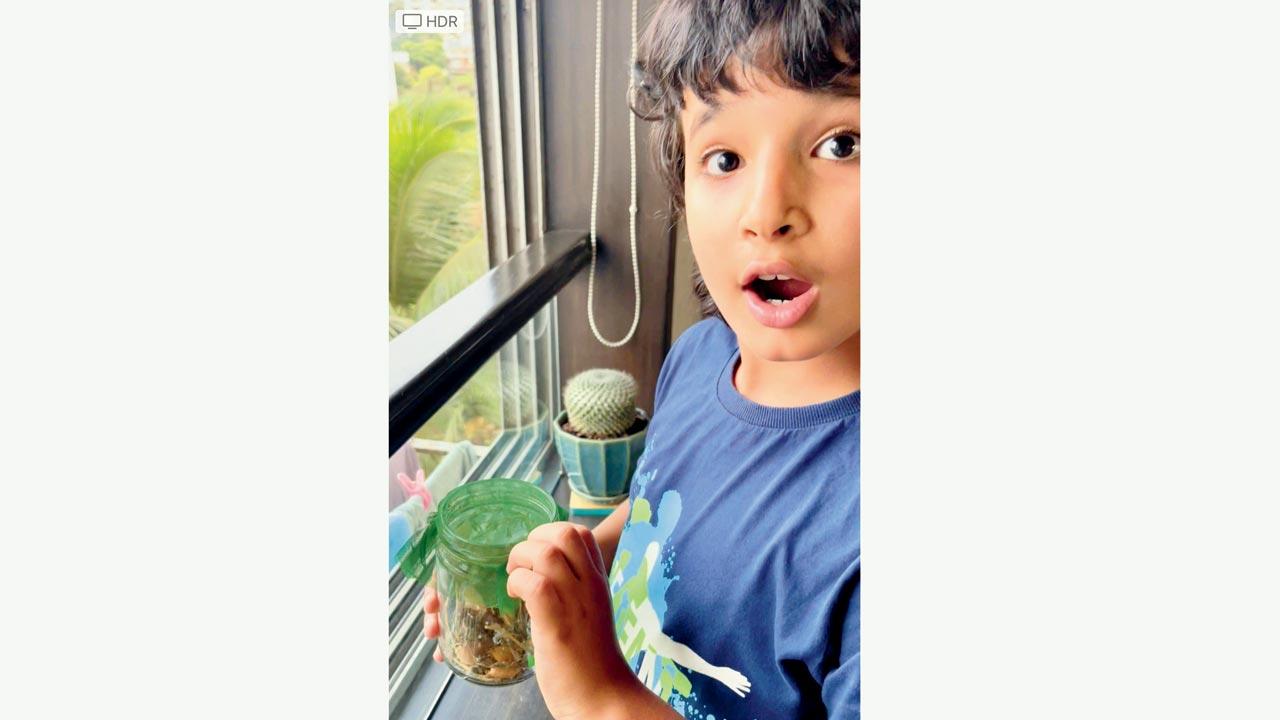 Roots Nature Club, which encourages kids to understand nature better, has launched a new kit that packs in a metamorphous experience. The kit contains a rescued caterpillar, a habitat jar, a feeder kit and a care pamphlet. Where are the caterpillars rescued from? “We tie up with several farms that kill caterpillars to save their plants. We pay them to not kill the larva and instead, send it to us safely,” explained Pooja Hemdev Lalwani, founder of the club. Lalwani added that the adopter is expected to care for the caterpillar until it metamorphosises into a butterfly, which is released into its natural habitat. To experience a butterfly take flight, dial 9820613334. 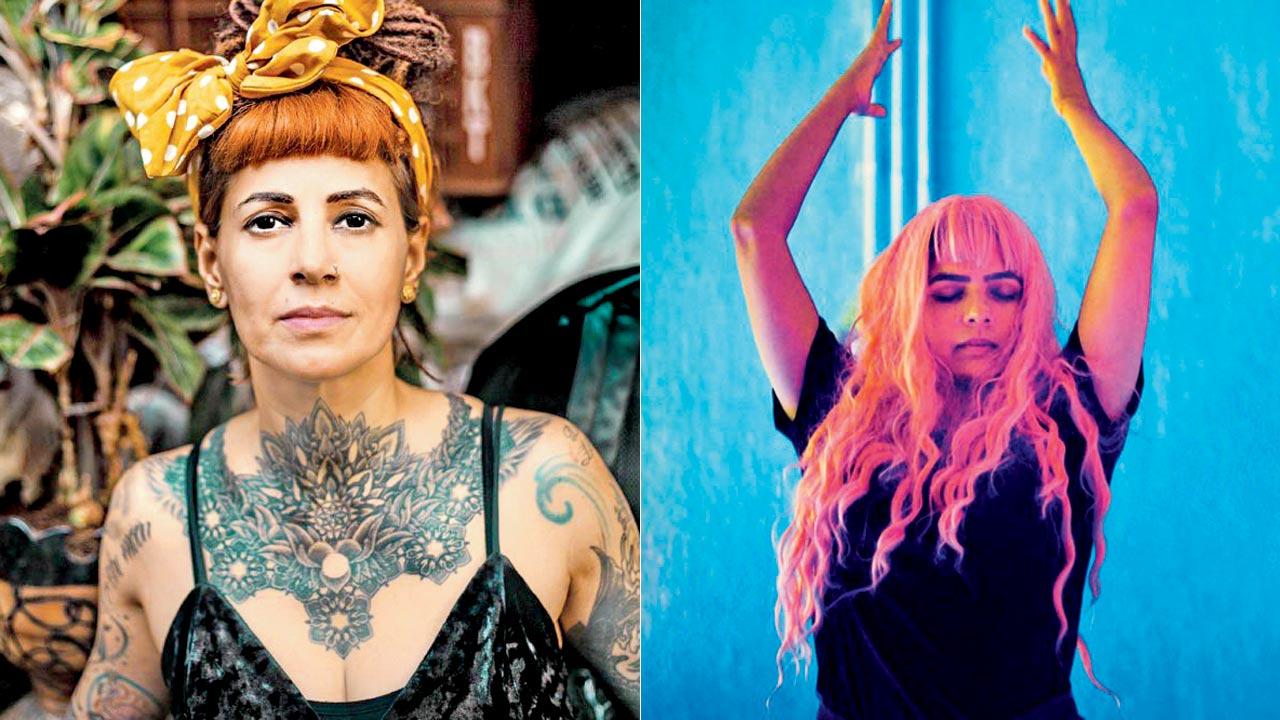 Sapna Moti Bhavnani; (right) A still from the film, My Dog Is Sick

Celebrity hair stylist and filmmaker Sapna Moti Bhavnani’s film, My Dog Is Sick, recently won the Best Experimental Feature Award at Iran’s First Women Film Festival. She told this diarist, “I didn’t think about the win until now. It feels amazing.” She added that the film has been part of many international women’s festivals worldwide. About the prospects of fantasy horror in India, a genre Bhavnani explores in her silent film, she noted, “The genre has progressed by leaps and bounds across the globe. An immense variety in storytelling can be explored through this genre. But, our country is yet to catch up. I don’t say this as an insult, but if programmers and doorkeepers of cinema continue to serve clichéd films, we will keep on consuming that.” She added that such trends will also change, as everything else does.

Art and its dismantled usefulness 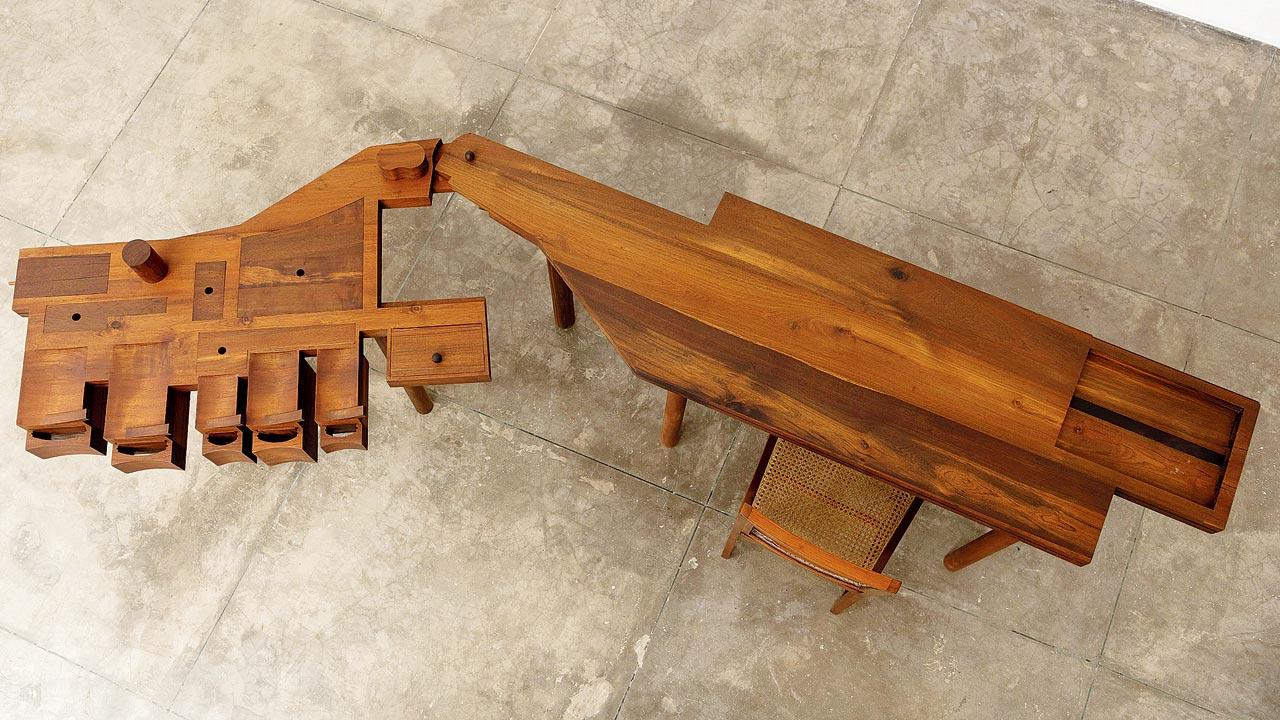 Caterpillar from the display

Architect and designer Samira Rathod, who graduated from Sir J J School of Architecture and now helms Samira Rathod Design Atelier (SRDA) as principal architect, opens her new exhibition, Dismantling Building = A Kit of Parts, at Chemould Prescott Road today. Rathod’s studio has bagged prestigious awards such as IID Awards, Elle Deco International Awards and A+D Spectrum Awards, among others. Known to push boundaries with her creations, Rathod said her display depicts artistic abstraction and usefulness, too. She told us, “Our studio has always looked beyond the tectonic realm of things. A building is structured on several ideas and in this case, I have inquired if dismantling the building will fetch me those individual ideas.” 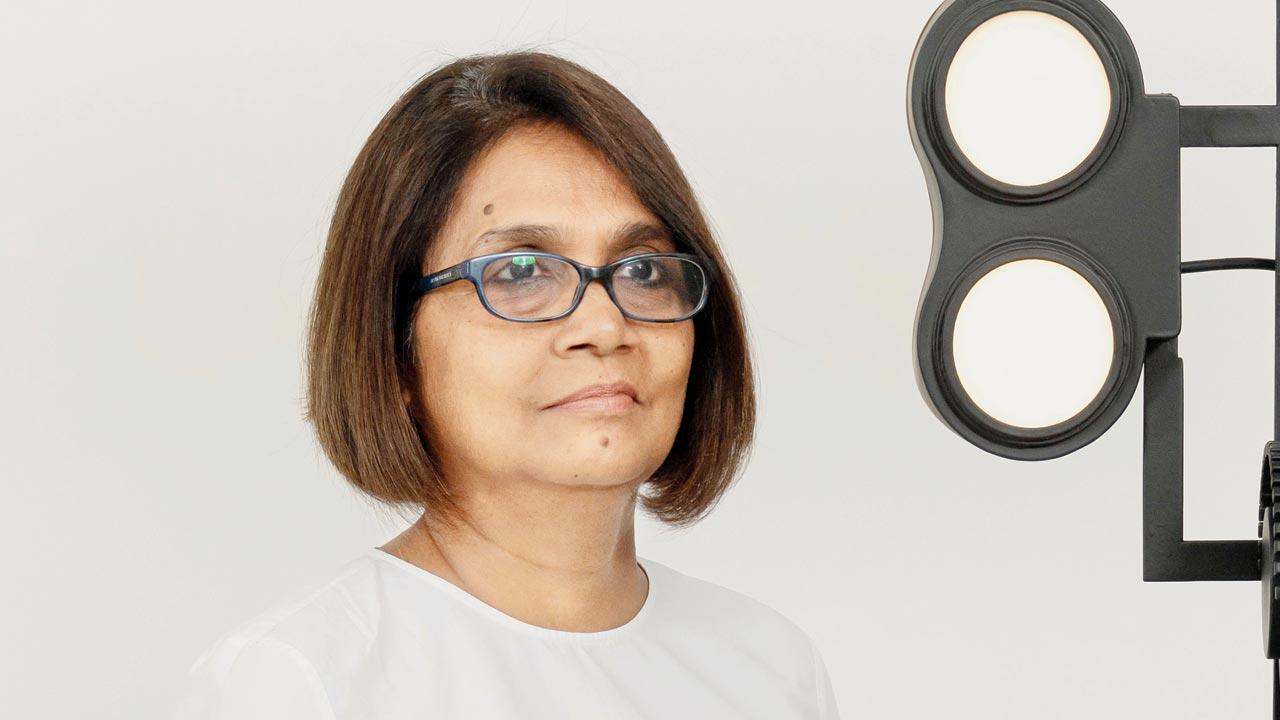 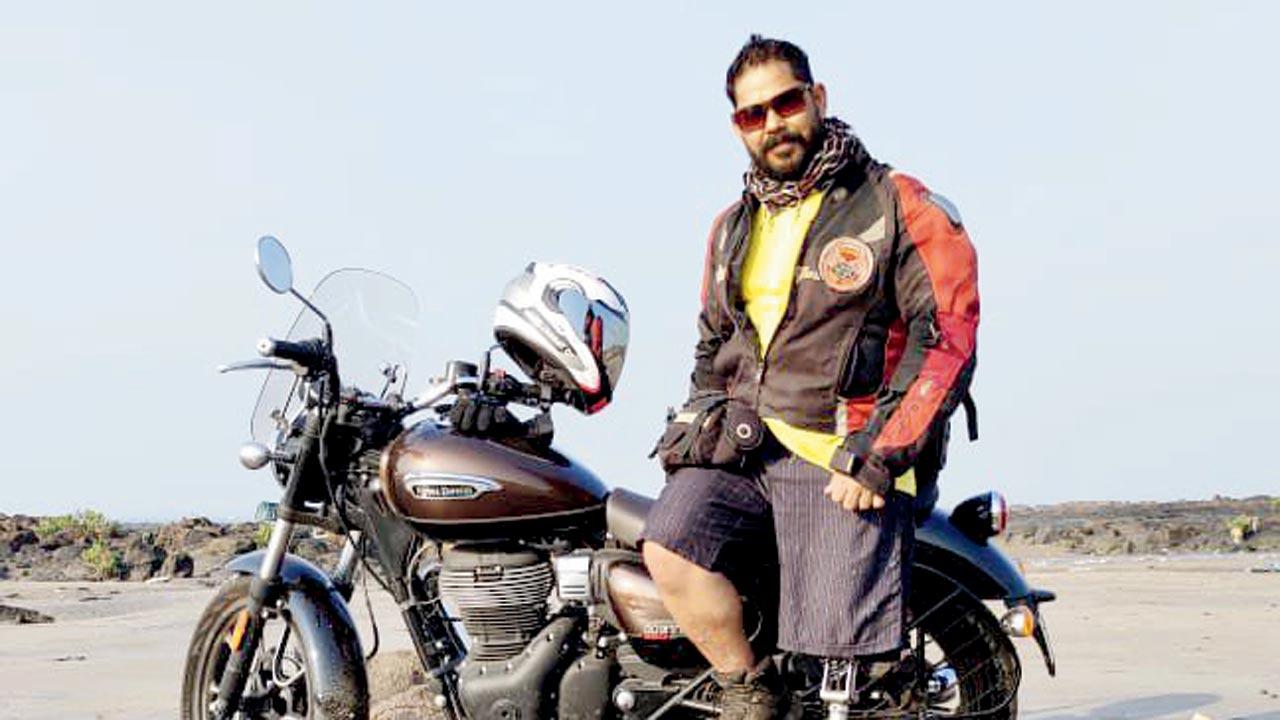 After climbing some 100 peaks and cycling from Manali to Khardung La, Vinod Rawat, who runs Convoy Control Club, is set for a 12-day bike ride to Ladakh, along with a dozen other riders. The trip will cover Punjab, Himachal Pradesh and Uttarakhand. For Rawat, who uses a prosthetic limb, travelling miles on his motorcycle was always a dream, and he has been living it for the last 13 years. While preparing riders for a long high-altitude trip, he shared a word of advice: “Parts of the trail are off the road, and one must have control over one’s motorcycle.” 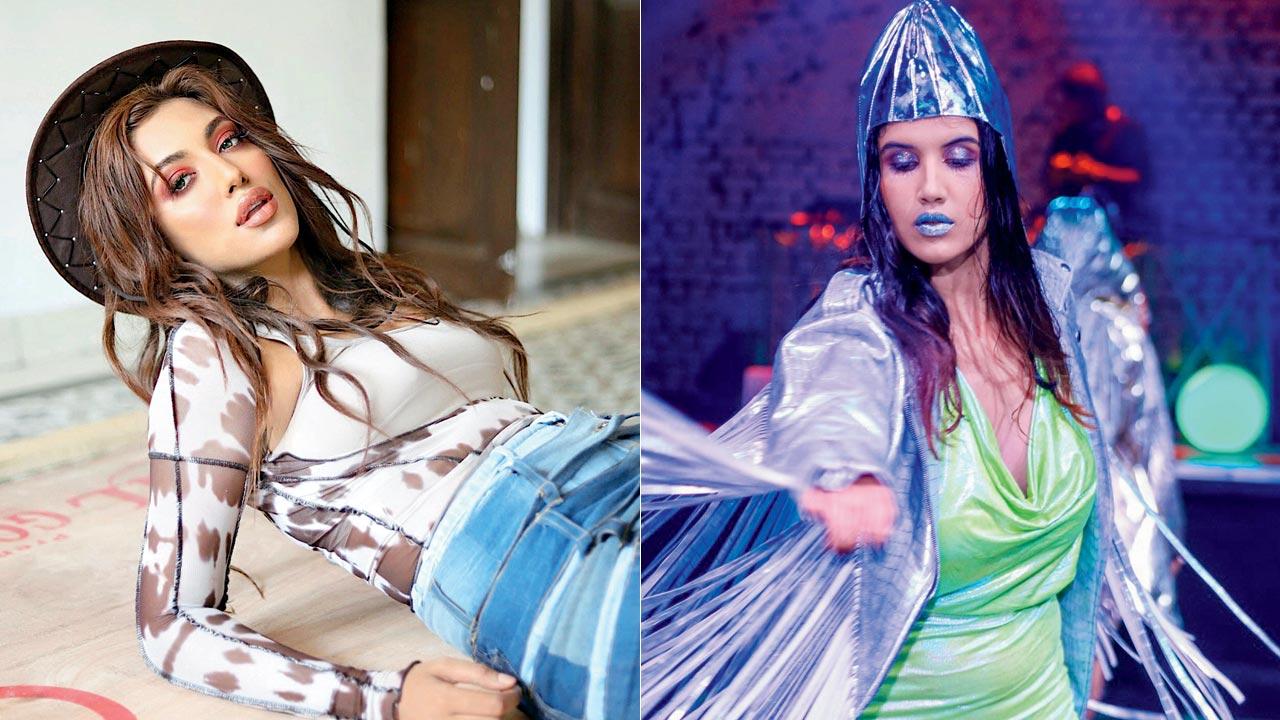 This is one mob that won’t cause alarm. Fashion platform Purple Paisley will take over antiSocial this Saturday with a fashion flash mob. Arissa Khan, its founder, told us that the highlight would be Bombay Sadak’s portrayal of the city’s street fashion. “We take inspiration from the city streets with its rich colour palette, and add a twist to traditional Indian wear in this collection,” Khan revealed. Understandably, the clothes will reflect the quirky combinations that can be found all around Mumbai. From saris paired with blazers to bomber jackets with lehengas, it will be a play on the city’s enigmatic nature, the designer said. The city that works on jugaad can also prove to be quite an inspiration for the fashion-conscious. The event will witness Sixth Ocean take attendees on an emotionally charged musical journey.

Next Story : Mumbai turns into a fortress, thousands of cops deployed