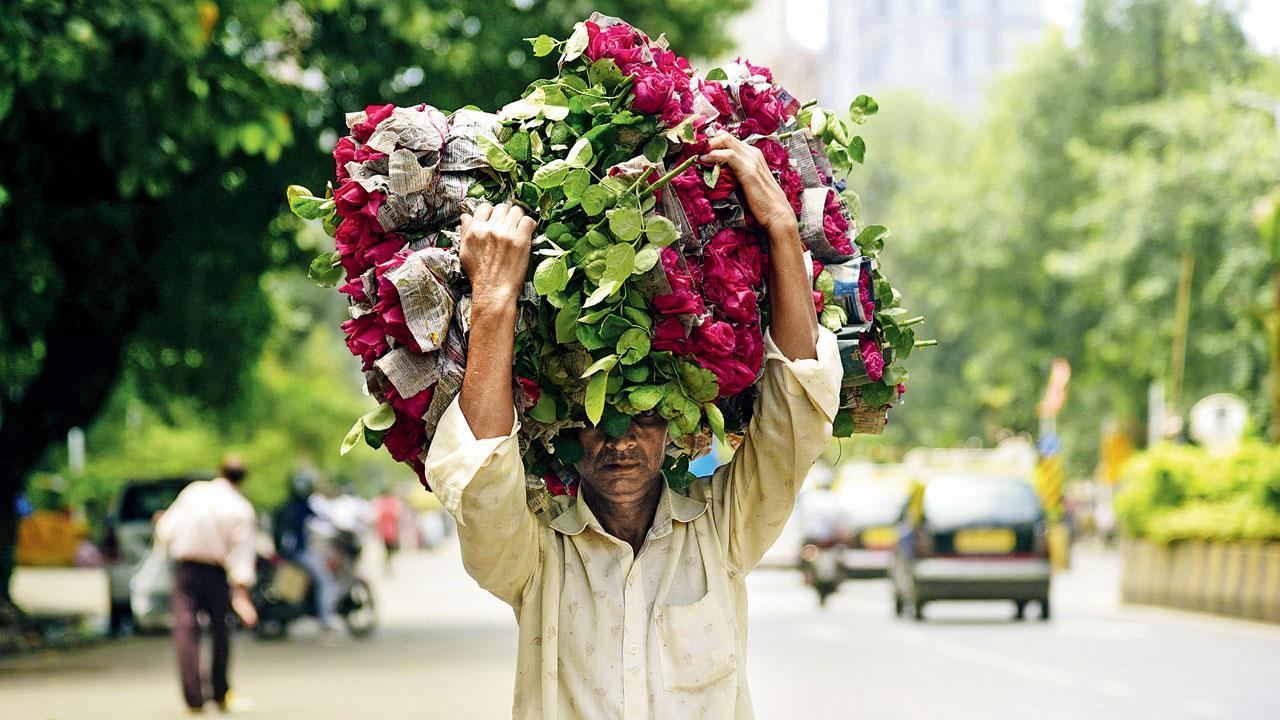 
Holding on to his flower head

Neigh of support from Raju 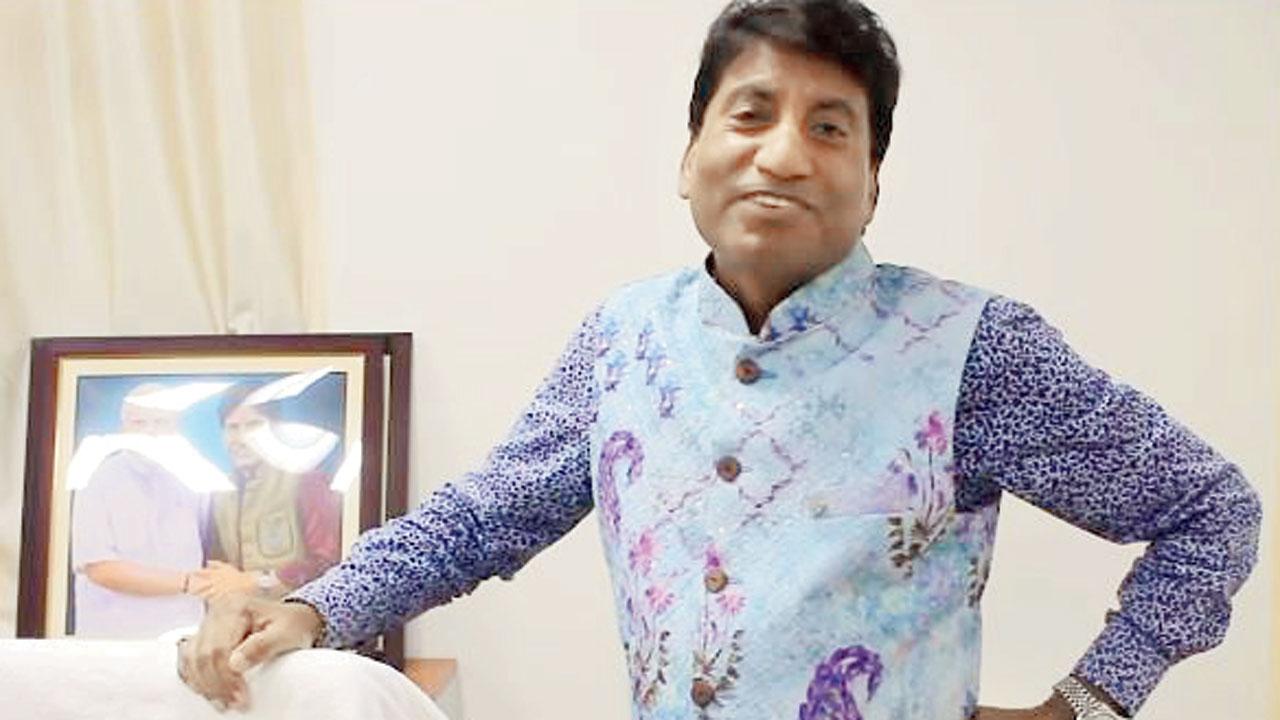 Raju Srivastava spread cheer not just among humans, but also animals. With the comedian passing away, animal rights organisation People for the Ethical Treatment of Animals (PETA) India’s spokesperson claimed they had lost a great friend. “Srivastava helped PETA India highlight the rampant use of illegal spiked [or ‘thorn’] bits to control horses by inflicting pain. This, he did via a video, in which he urged his fans to report the use of these cruel devices to control equines used in weddings and ceremonies to the police. He also advised people to have a horse-free ceremony,” said PETA. One can watch the video on YouTube where Srivastava captures the attention about this sombre subject in his inimitable, down-to-earth, just-talking-to-the-audience style. Thanks for the love, learning and laughter. May you live in peace in the great after, and we can bet the grateful horses are neigh-ing that sentiment, too. 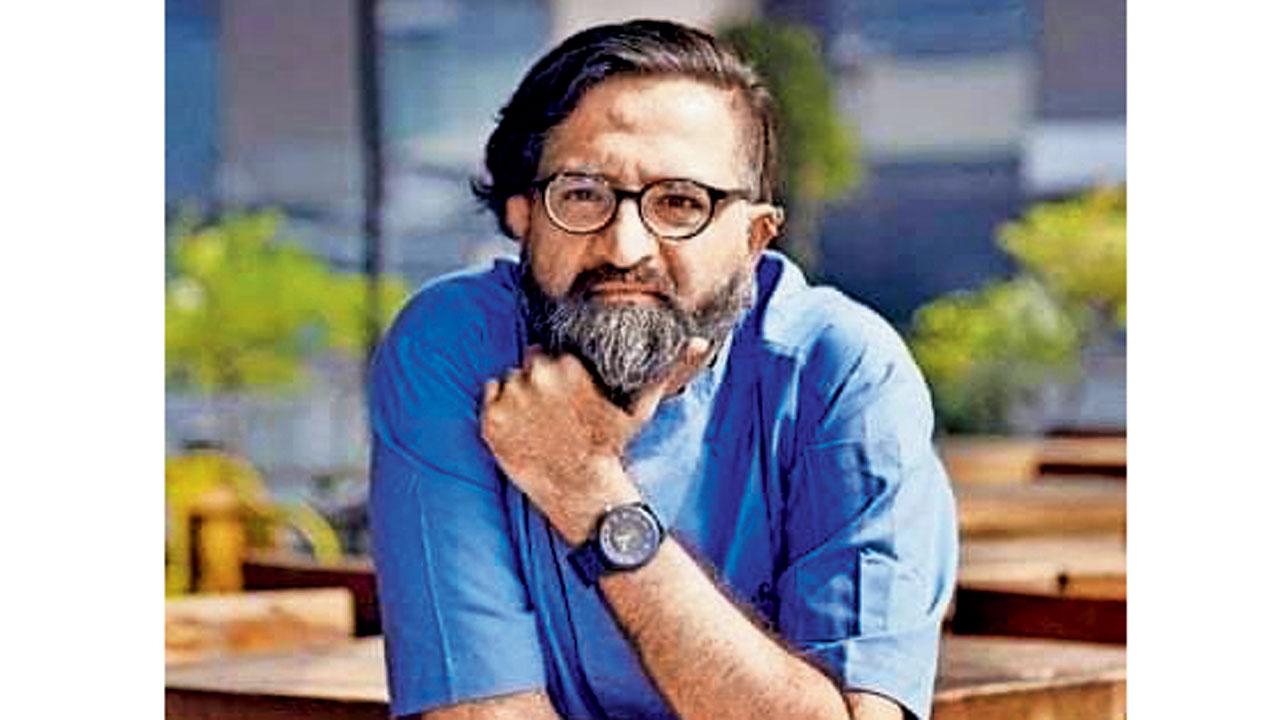 Aalu thecha naan bomb with a well-rounded lager, anyone? This diarist learnt that chef Gaurav Gidwani of the international pub BrewDog India is going to be nudging Londoners to take a sip of beer with desi bites on the side at the Tadka Trail Supper Club, which will showcase rare Indian beer pairings. “The idea is to showcase actual Indian flavours without any tweaks for the British palate. We are covering three cities in the United Kingdom this time. The menu comprises four sections including our naan bombs and tandoor items, among other delicacies.”

Ahead of the pack 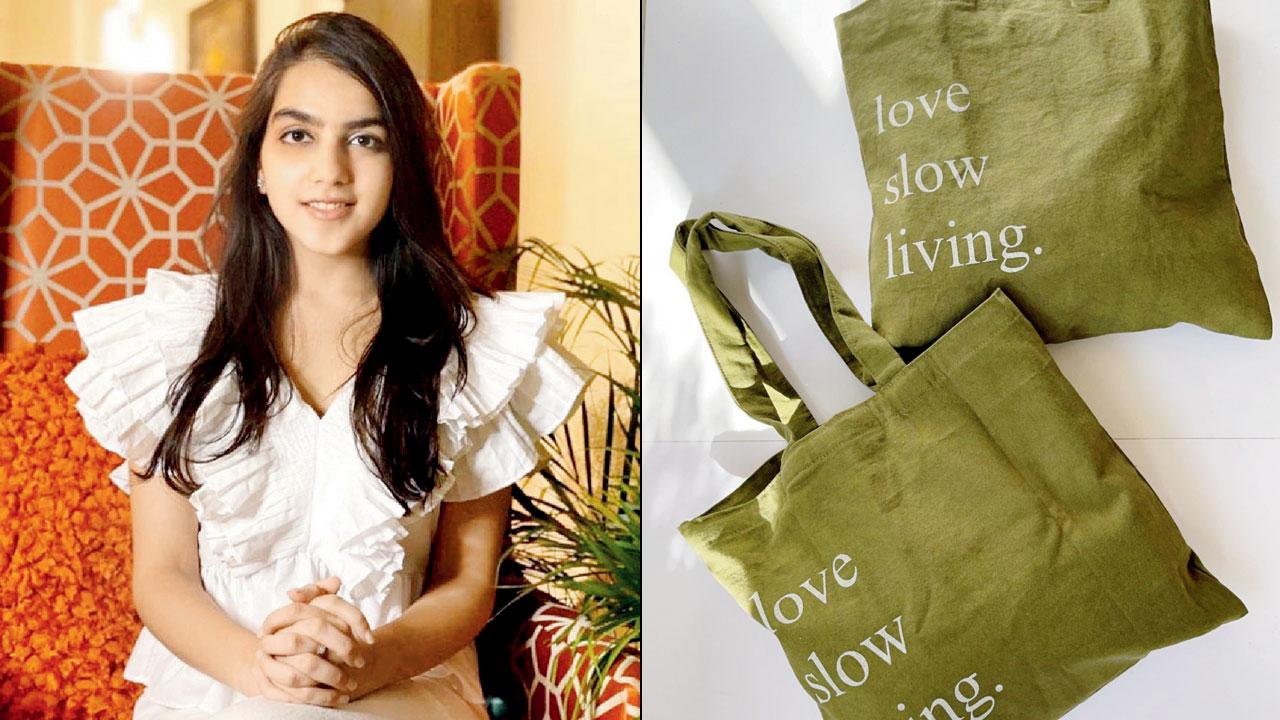 In a world reliant on deliveries, be it for grocery or a lipstick, layers of single-use plastic packaging pose a threat to the climate. The Mend, a Mumbai-based sustainable packaging platform, aims to raise awareness on earth-friendly wrapping options. In a first in India, they are hosting a virtual sustainable packaging summit to discuss growing package waste concerns and eco-friendly alternatives, on Friday. “With recent legislative bans on plastic, we see green packaging as the need of the hour,” shared co-founder Prianka Jhaveri. The summit will also discuss the adoption of circular business models. 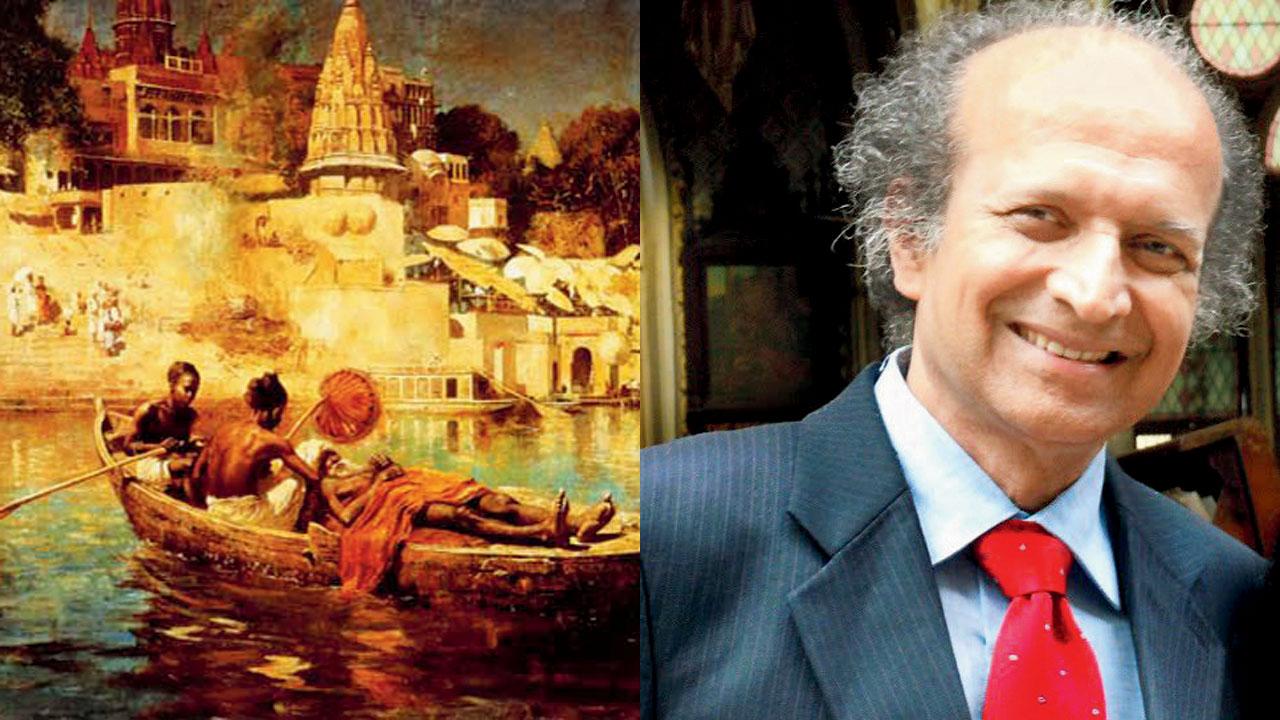 The Last Voyage, 1884, is an orientalist work that will be discussed in the talk

What is common between Artemis, the Pleiades and the river Krishna in Mahabaleshwar? More than you can imagine, scribe Vithal C Nadkarni would have you believe. As a writer interested in science, Nadkarni has made several trips to river sources in India, but it was a visit to Mahabaleshwar that opened up new mysteries for him. “I was simply looking for the source of the river Krishna. But I was zapped to discover the grottos of the seven Gangas and sati asaras, the water nymphs, who are worshipped as symbols of the holy mythical rivers, in and around Mahabaleshwar,” he said. The temples worship the seven mystical rivers of India: Krishna, Veena, Kara, Gayatri and Savitri, among others. From songs and stories of the dhangars and kunbis in the Sahyadris, the author discovered that these river goddesses seemed to have an enduring global connection. Nadkarni told this diarist that he was touched to see the offerings of mangalsutras at the grottos. His upcoming talk at the literary club of the Asiatic Society of Mumbai, titled Rosaries of Raindrops, borrows its imagery from this inspiration. “The idea is to tell people about the connecting themes that run through these river stories. India is, after all, the motherland of stories,” he added. 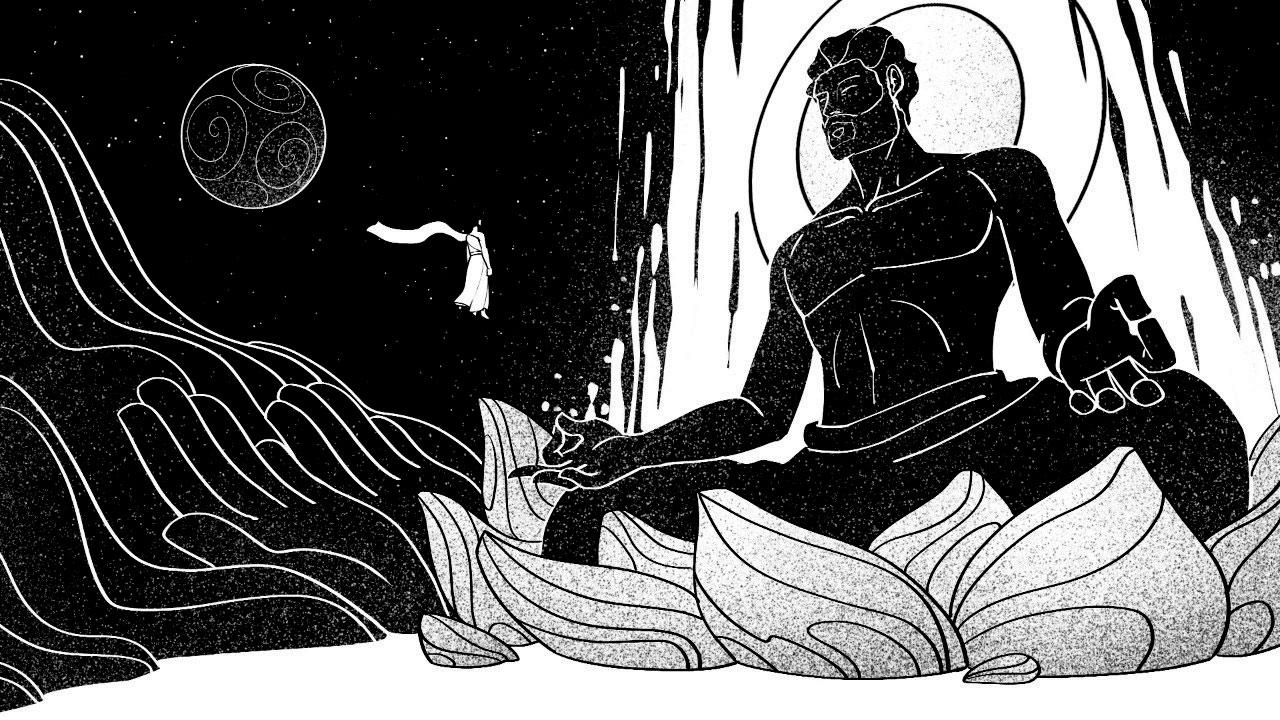 A moment from the music video

For Mumbai-based animators Shikha Sharma, Adarsh Panicker and Anisha Panicker, the answer to everything isn’t 42, like The Hitchhiker’s Guide to the Galaxy claims. Instead, they believe that everything you are looking for is within yourself. They have illustrated this thought in their animated music video for musician Kanishk Seth’s first single, Saacha Sahib — from his EP Surmayi — which was recently nominated for the Best Animated Music Video award at the Animators Guild India Fest 2022. 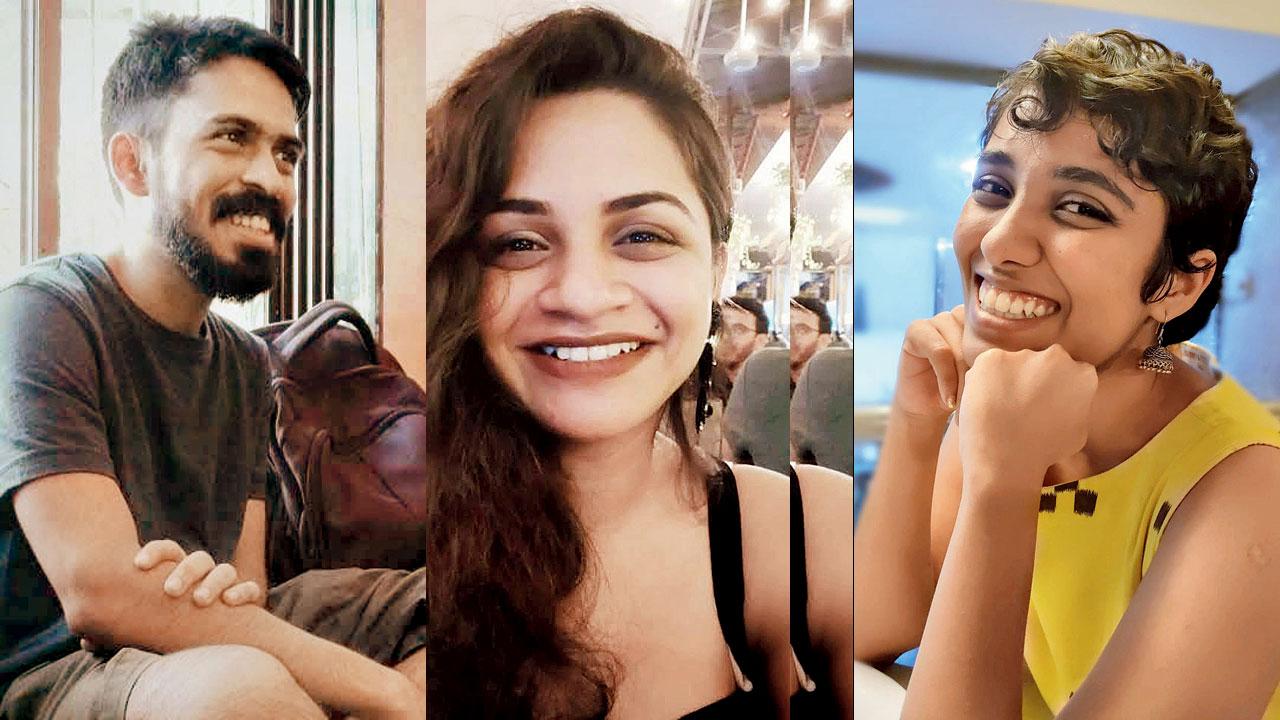 Creative director Sharma shared, “This is a spiritual song about surrendering to a higher power. So, Adarsh and I combined many aspects of spirituality and conceptualised a black and white video to represent the duality of life and death, where we follow the character on his spiritual quest for the meaning of life, which he ultimately finds in himself.”