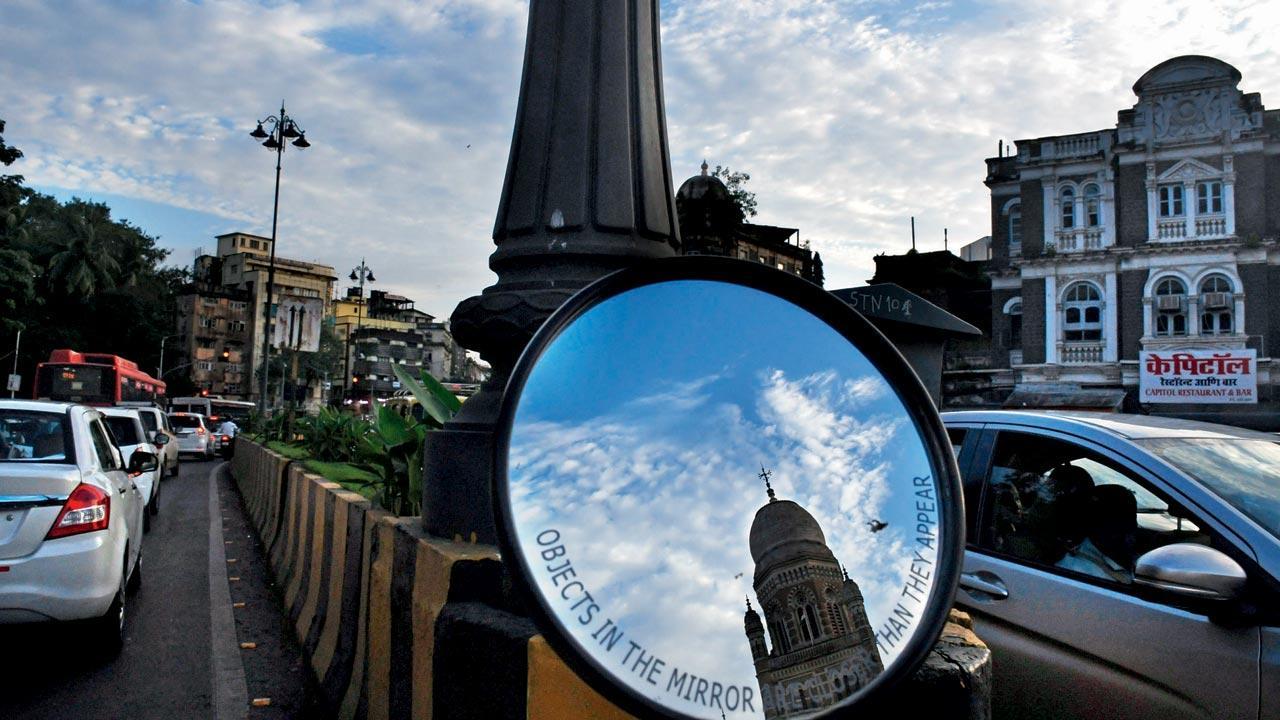 
An Eyeful of sky

A rear-view mirror reflects the blue sky above the Brihanmumbai Municipal Corporation Headquaters in Fort. 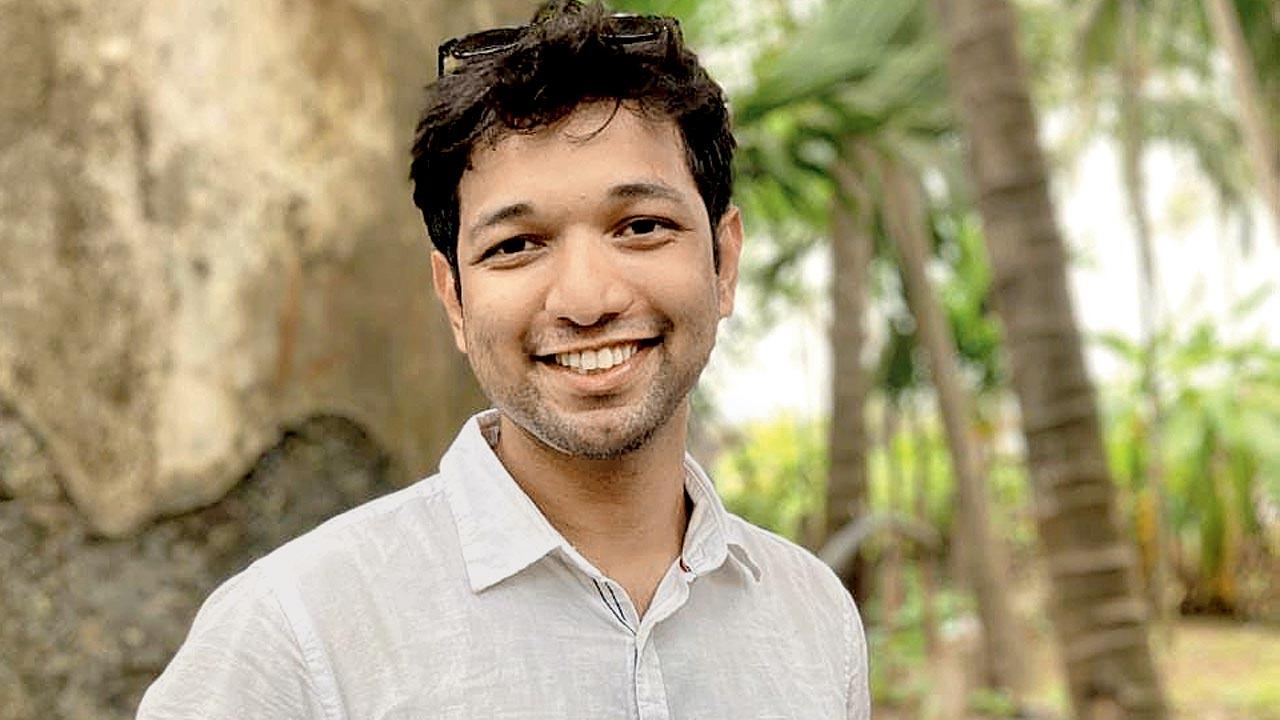 Siddharaj Thale has always liked introducing himself as a narrator of people’s stories. Discussing how Alibaug has been attracting the interest of land buyers in recent years, the lawyer said, “People are selling off their land without much thought. It’s theirs so they can, but it takes me back to the history of these farmlands. The farmers of the region came together in a movement called Chari Satyagraha on September 27, 1933, to oppose the unjust tenancy system practised in then Kulaba district. The farmers didn’t till their lands for six years straight in a protest.” 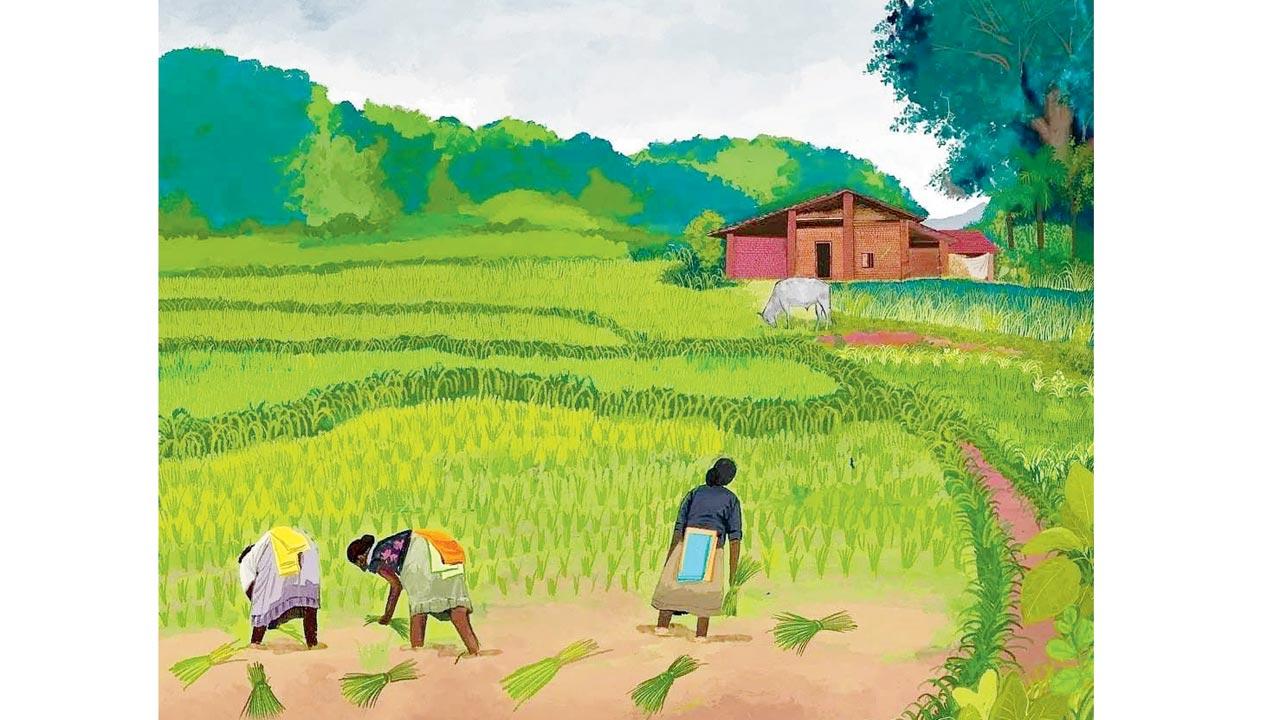 Rise of the Brown Age 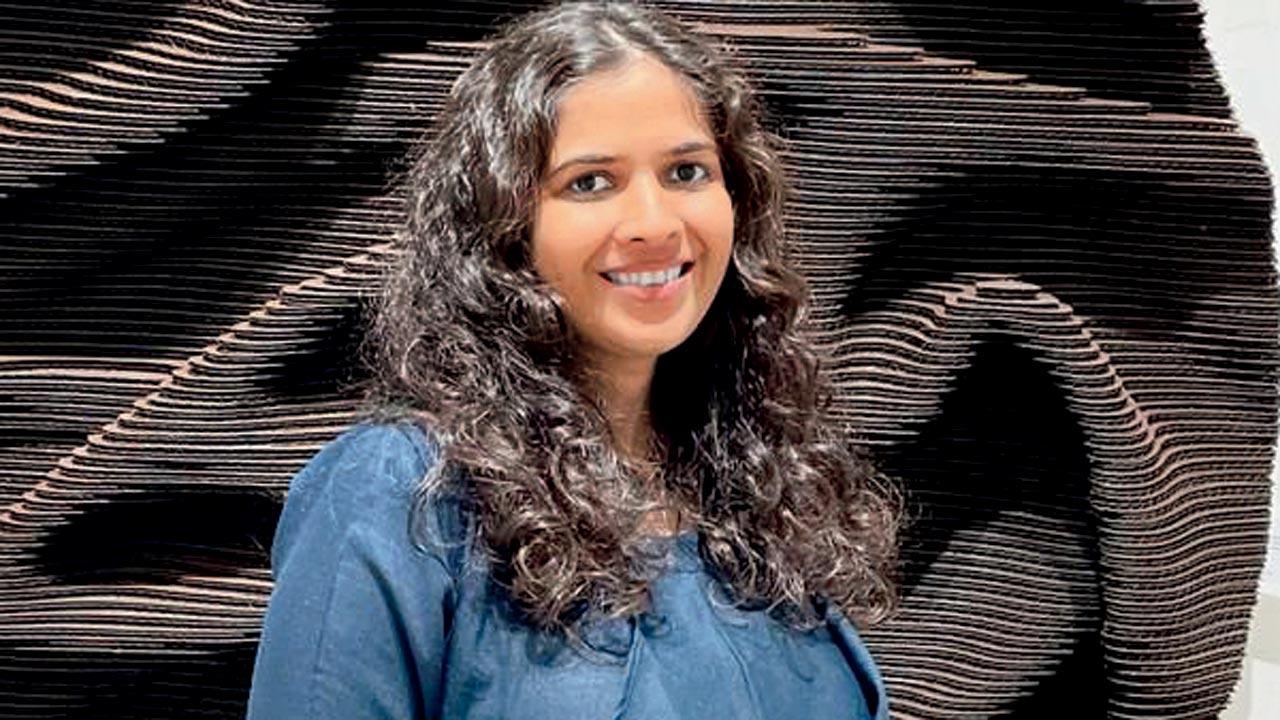 Everything can be turned into art, even the cardboard boxes that remind you of unnecessary shopping binges. Don’t believe us? Artist Bandana Jain’s ongoing exhibition, The Brown Age, at the Jehangir Art Gallery might prove otherwise.  “The idea emerged from the fact that there has been a Stone Age, Copper Age and Iron Age in civilisation,” the artist explained, adding that each era saw artists using the defining element of the age for self-expression. “Now, as we move towards digital transformation, all our consumption comes in boxes.” The exhibition, open till October 3, will display more than 20 works that bring together Jain’s passion of sustainability and expression using the unconventional medium of cardboard. The works are made from recycled cartons to express a range of themes from ecological concerns or collective noise and equality. “A key element of my work is that it is very fluid, and contains tactile themes to ignite curiosity,” the artist told this diarist. 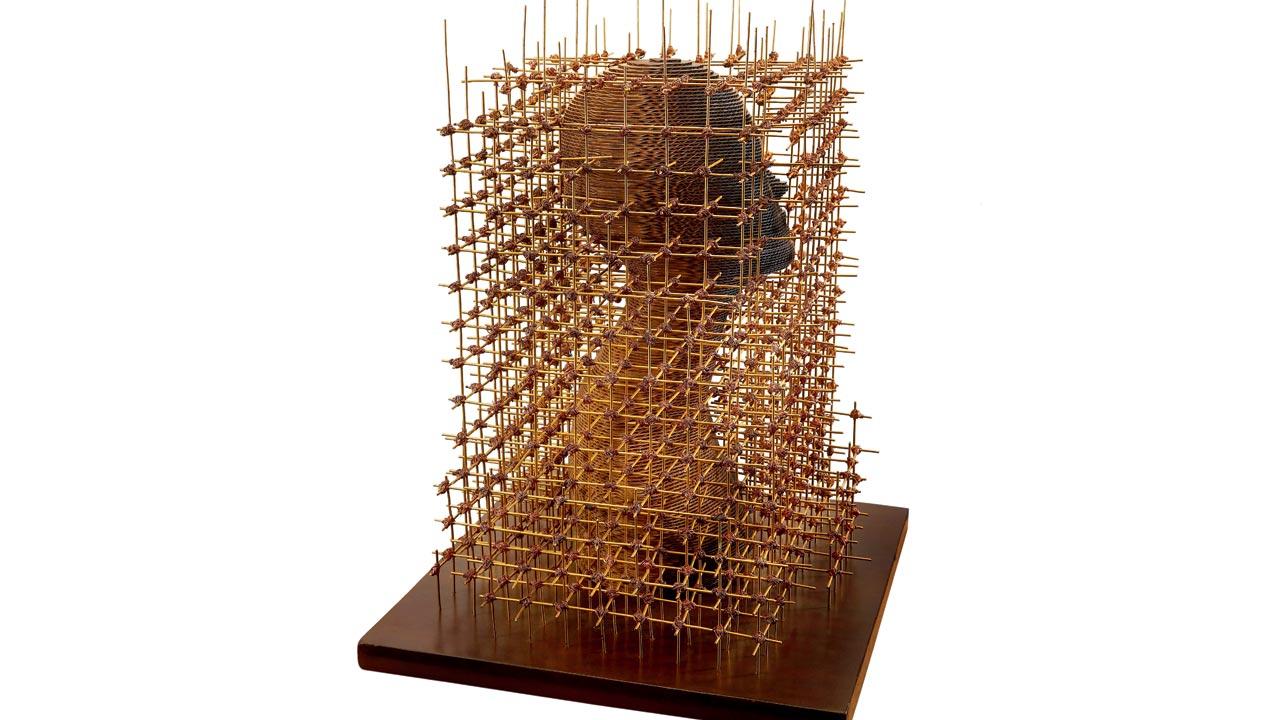 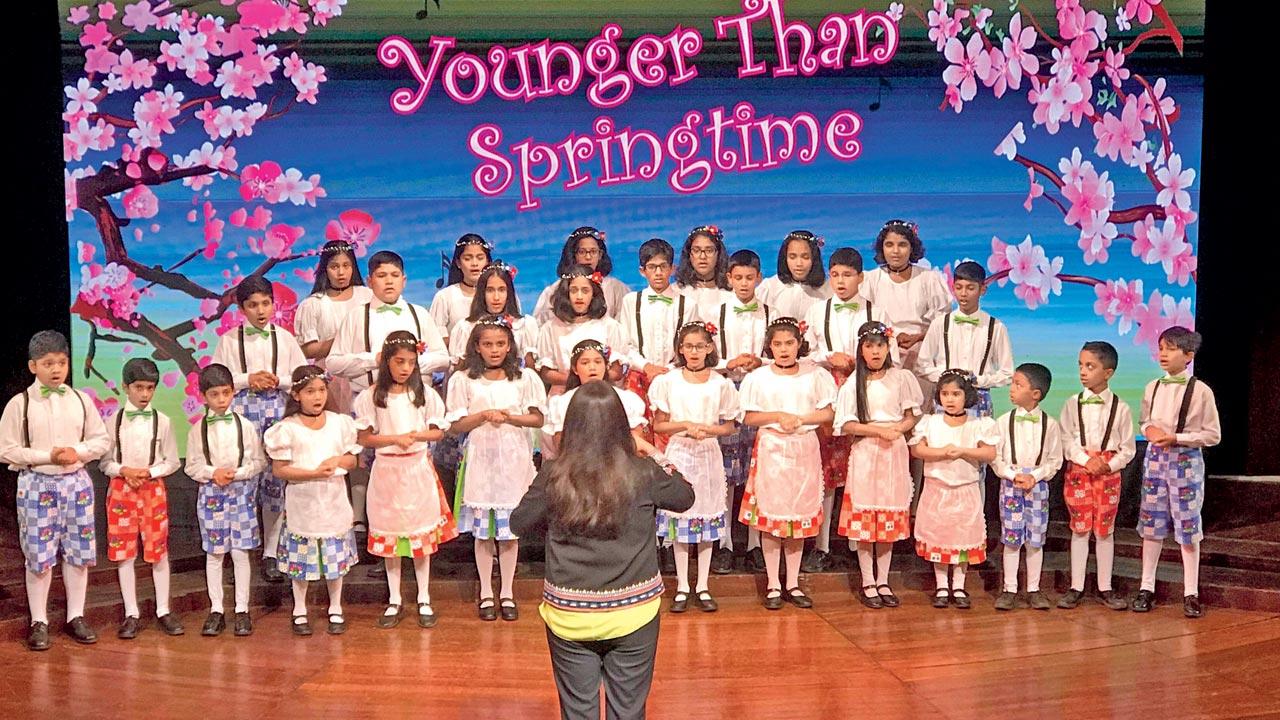 Children perform at a previous edition of the choir

It’s said that if you want to hear the voices of angels in melodious harmony, you cannot do better than listening to children’s choirs. This weekend offers such an opportunity with The Stop-Gaps Cultural Academy’s Younger than Springtime 2022. The third edition of the Children’s Choir Festival that will be held at St Andrew’s Auditorium, includes 11 young Indian choir groups including Fingersmith Collective. Bengaluru, Ektaal Children’s Choir, Goa, and The Singing Tree of Mehli Mehta Music Foundation. Alfred D’Souza, chairman and music director shared, “We’re also celebrating 75 years of India’s Independence with the theme of freedom because music knows no boundaries.” 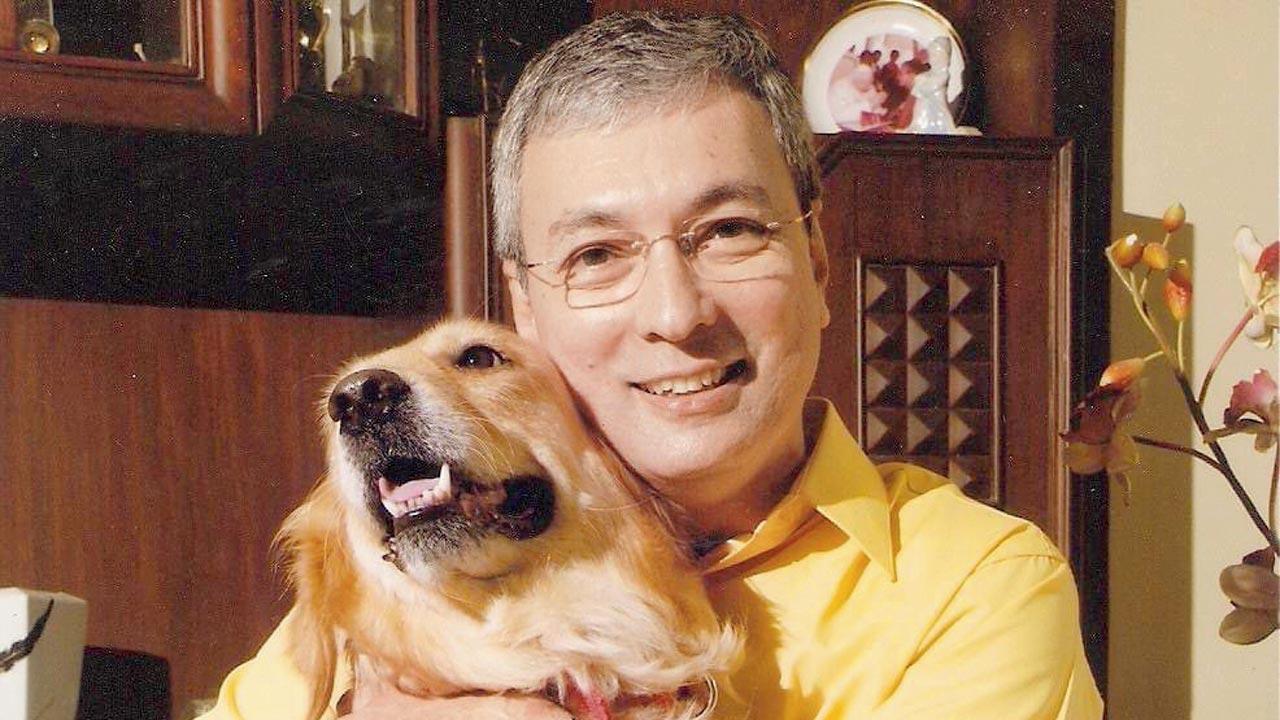 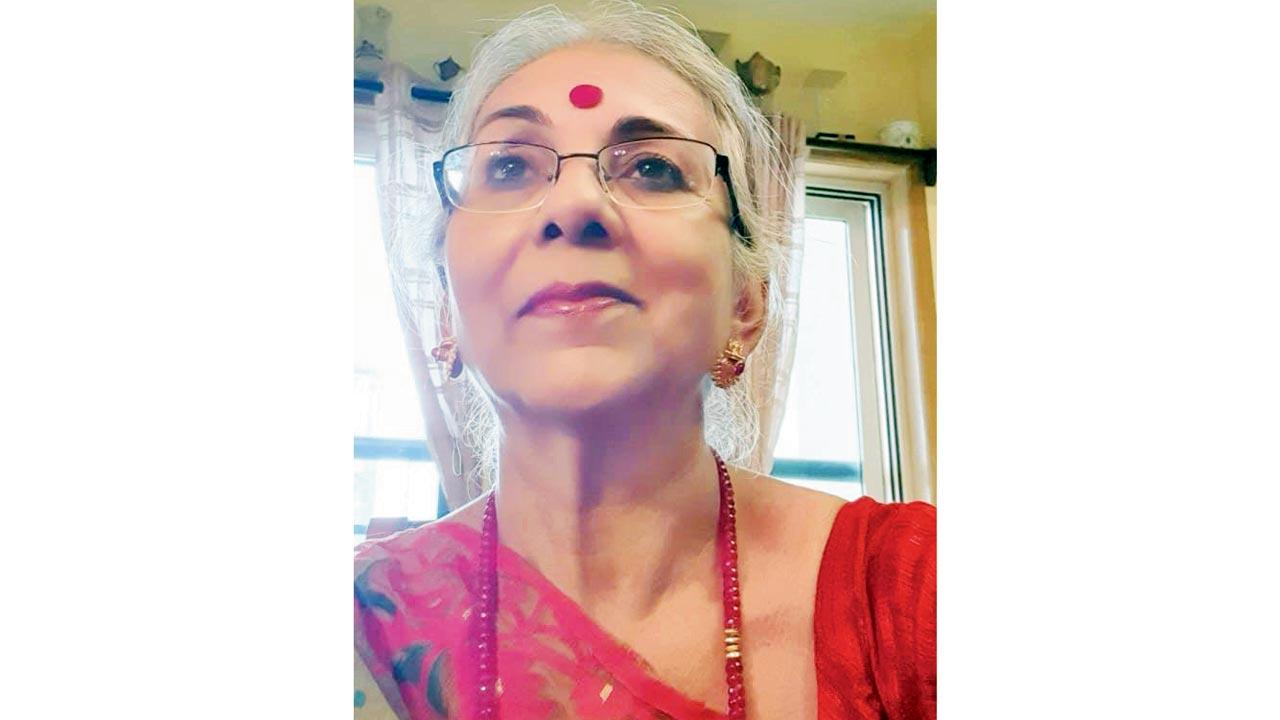 After two years of the pandemic, one of the oldest Durga puja pandals in the city has returned. The 93-year old Bombay Durgabari Samiti is hard at work to decorate the mother with a traditional golden crown this year. “The theme for this year is nutan alo,” Susmita Mitra, its president, explained. “This refers to a new light after two years of darkness.” To this end, the samiti has brought in craftsmen from Bengal to create a traditional golden crown for their goddess. “It is a very important and regal part of maa’s attire,” Mitra revealed. While the original plan was to create the Taarer shaaj — another crown made of wires — time constraints forced them to opt for the golden crown. “The crown has gold work hand-stitched onto velvet,” Mitra revealed. She added that the idols at the pandal are all environment-friendly, with no chemicals involved in the creation process. For devotees, the coronation will take place on Panchami, on Friday. 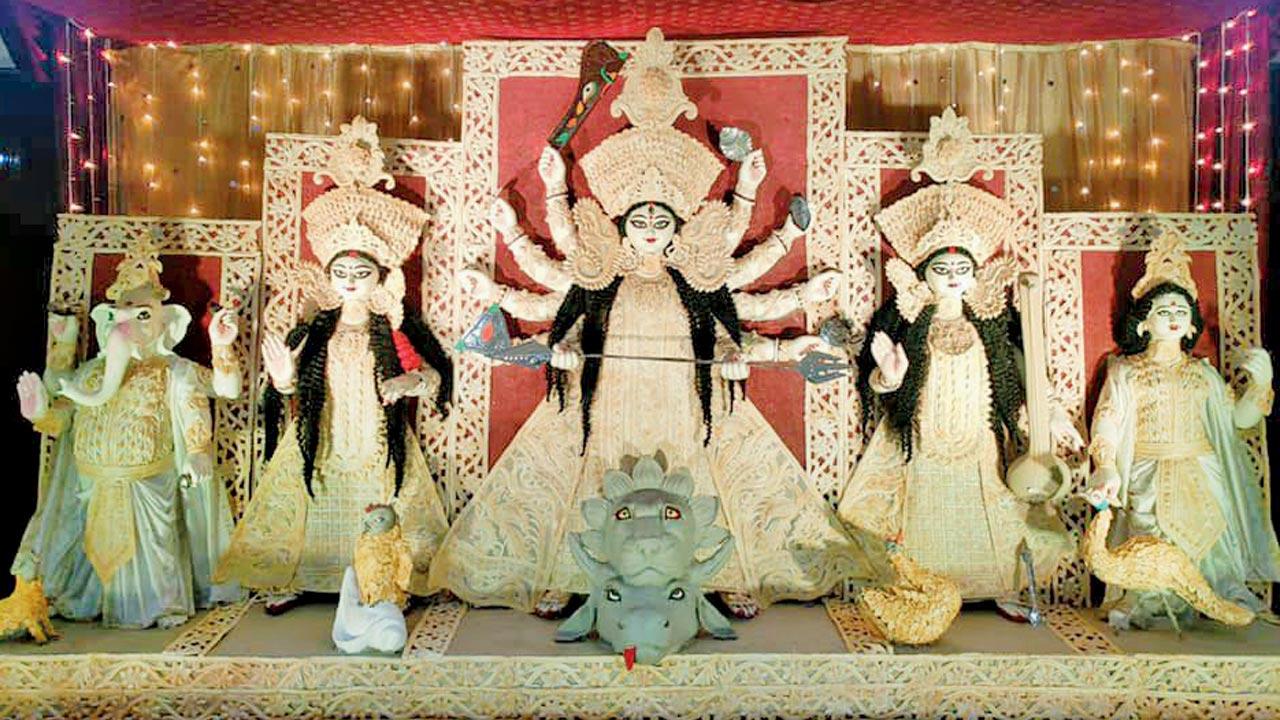 A Durga idol from a previous edition of the celebrations

Walk for the mind 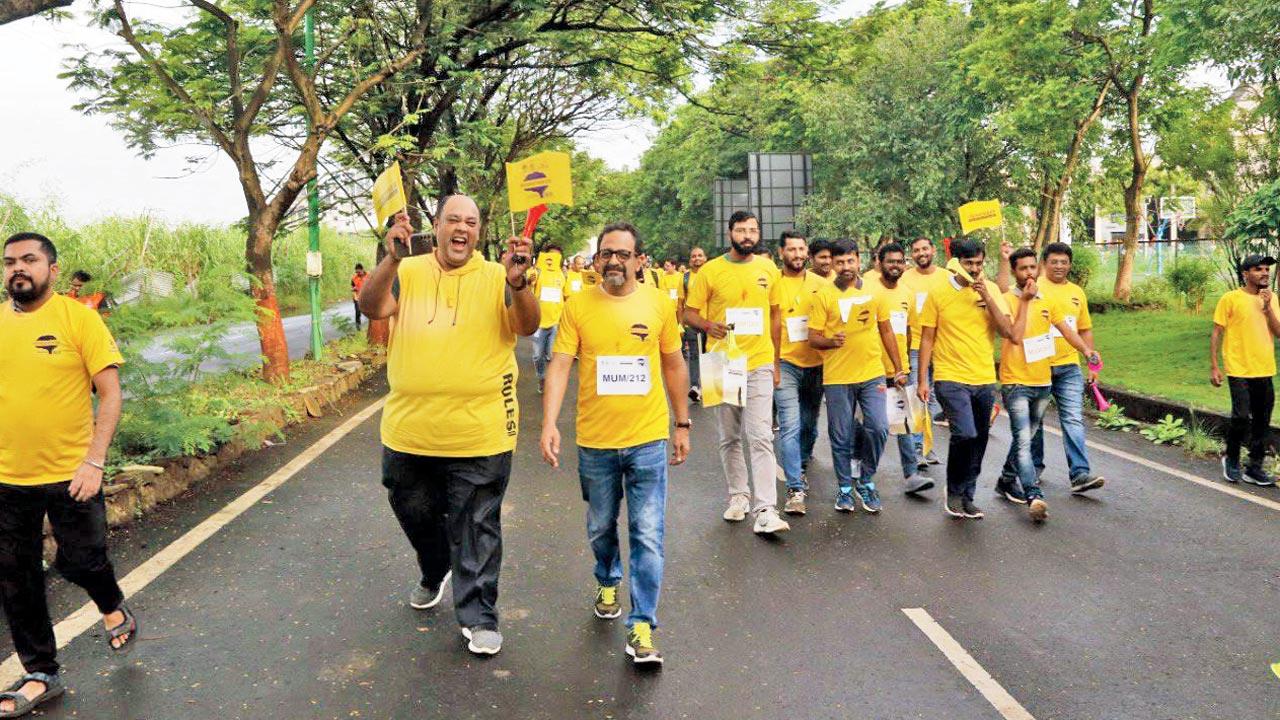 Participants at the walk organised by ARDSI on Sunday

Last Sunday saw a crowd of 500 people converge on Mumbai University’s Kalina campus led by enthusiastic walkers from the Mumbai chapter of Alzheimer’s and Related Disorders Society of India (ARDSI) and the Alkem foundation. Vidya Shenoy, honorary secretary of the chapter, told us that it was an attempt to raise awareness on a disease that is growing at a shocking rate. “It is almost the next step of diabetes,” she said, adding, “We shared flyers, spoke to bystanders to stress on the importance of speaking on illnesses like dementia.” Despite the growing numbers, Shenoy pointed out that there is less awareness among people due to the stigma associated with it. “The walk was an attempt, after two years, to unite people over the cause and initiate conversations,” she said.