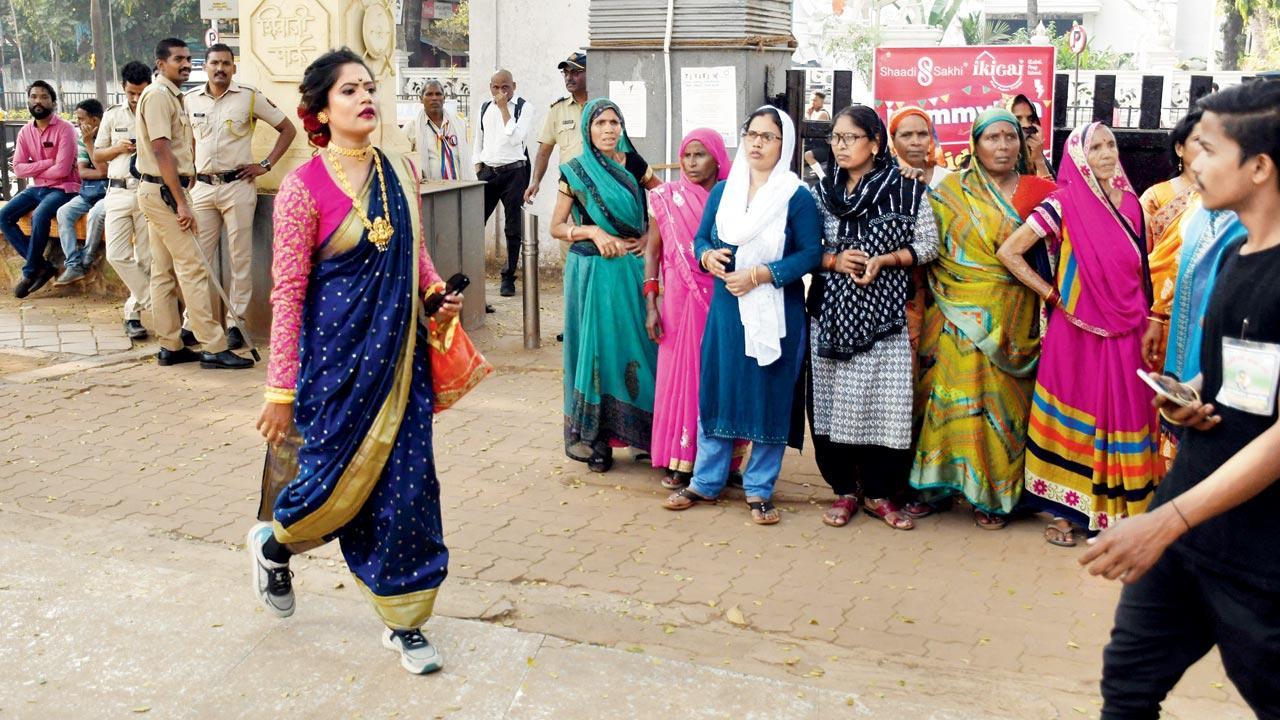 A woman donning the traditional nauvari sari heads to a bike rally at Shivaji Park in Dadar. 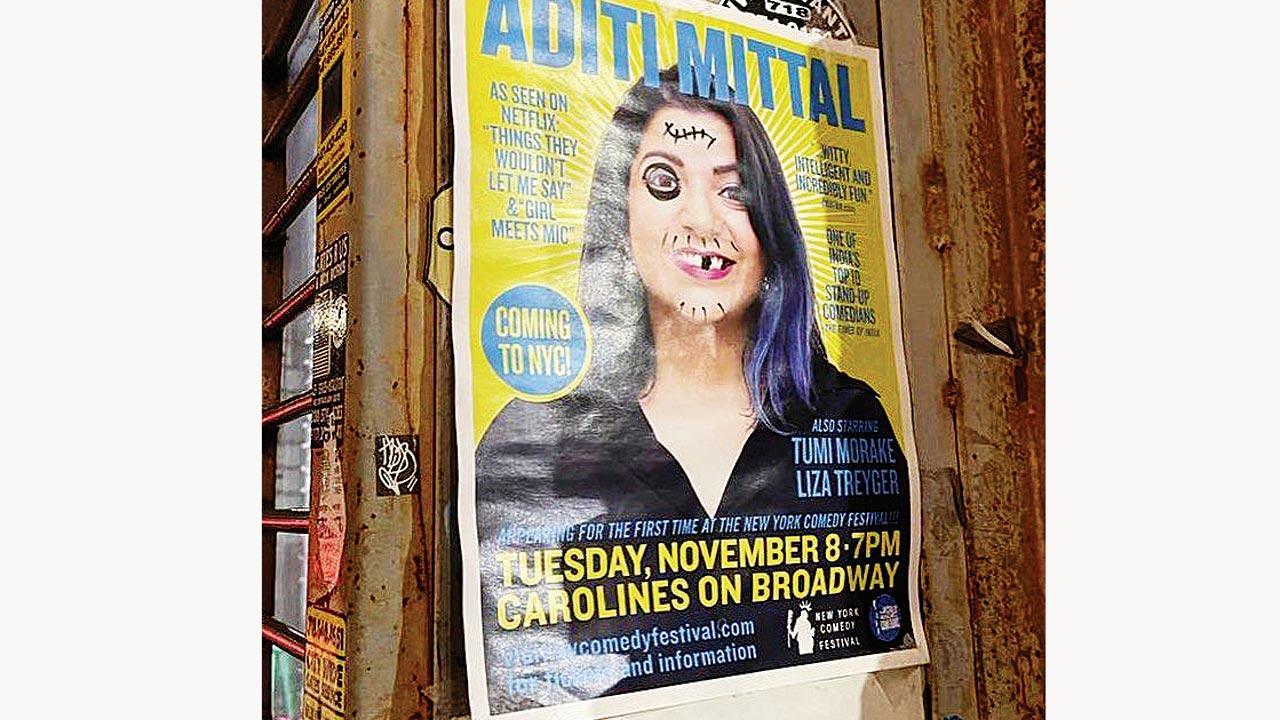 Aditi Mittal’s recent sojourn to the Big Apple for the finale of her show, The World According To Comedians, put her face on the map in more than one way. The comedian shared a picture of her poster with a black eye and teeth doodled on it. “I remember when I would draw specs and moustaches on almost all the famous people on magazines,” she recalled. The art is a very ‘New York’ thing, she said, adding, “I have passed by a million posters of Tom Hanks and Jennifer Lawrence with missing teeth and black eyes in New York. I used to think it was cool and so funny.” To have the same done to her poster felt like a tribute, Mittal remarked. “Some people call it defaced, but I say it has just been re-faced.” 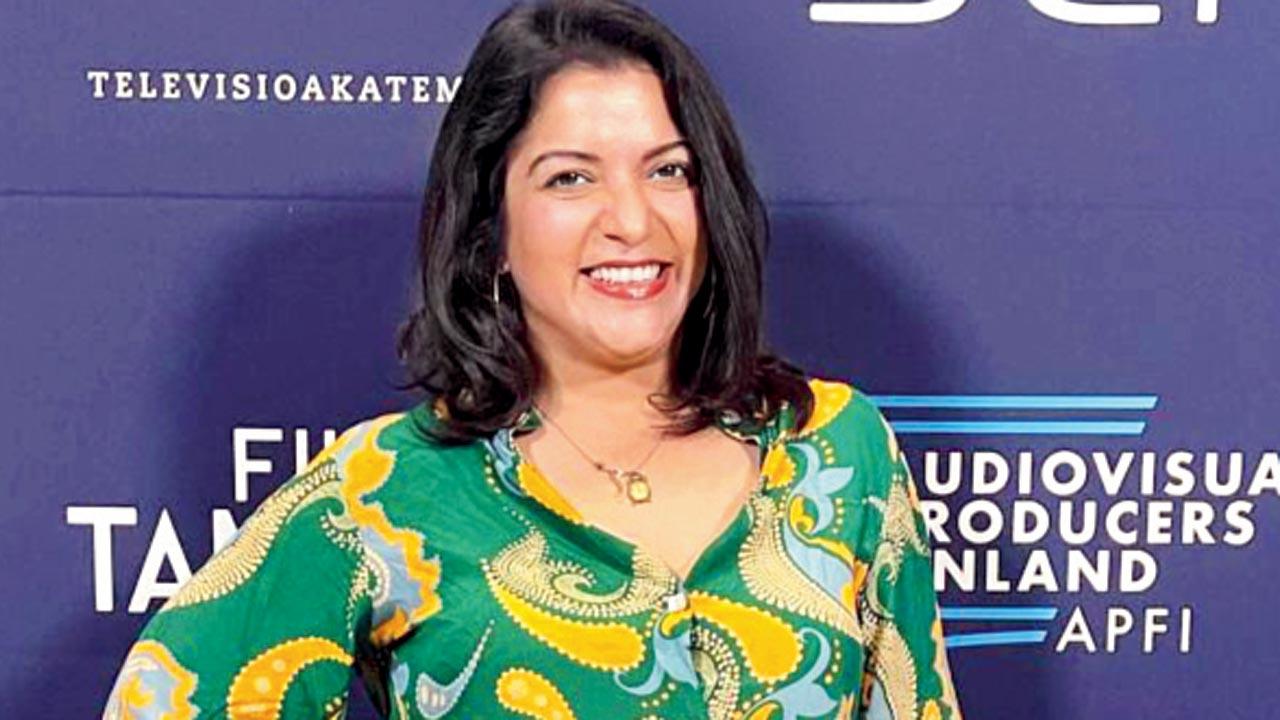 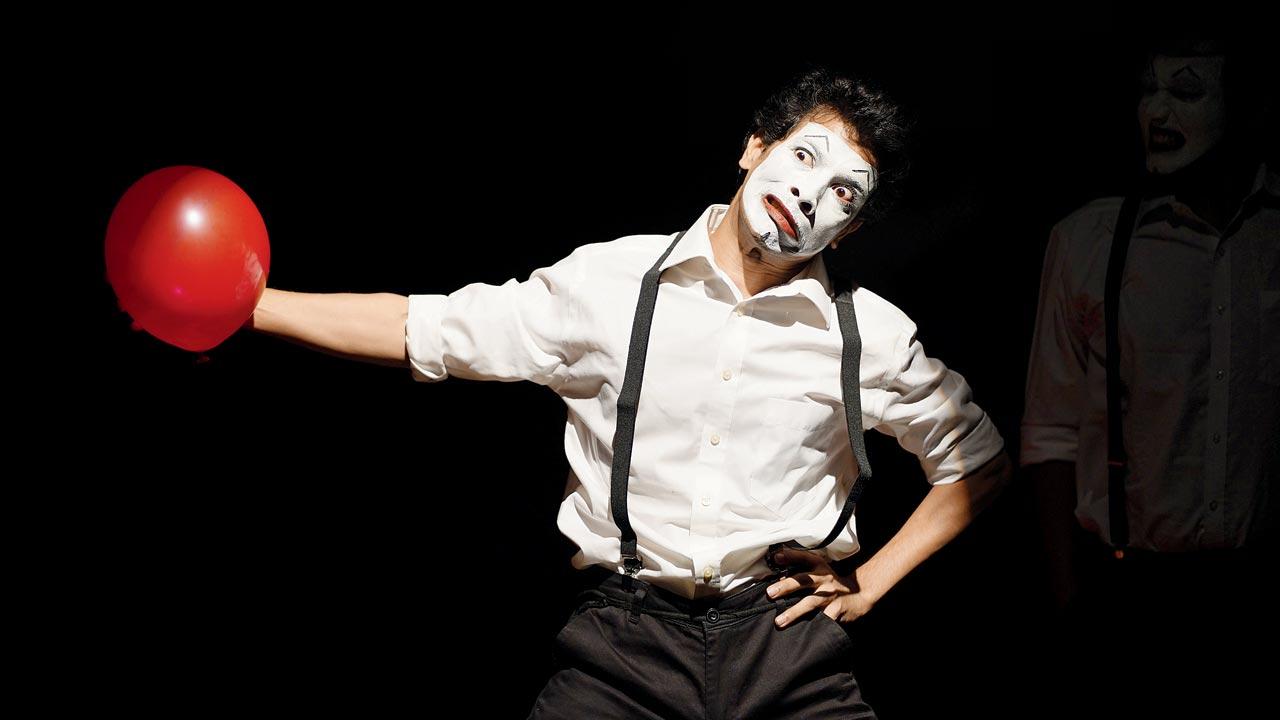 The Kashinath Ghanekar auditorium in Thane will witness a quiet revolution this Friday. Director Vipul Kale’s musical Click will feature a story told in mime. “I decided about seven years ago to do a two-act mime show because I knew the power of this art form,” Kale told this diarist. The musical expounds on the perspective of art. For him, it’s an attempt to express emotions through physical expression. “People will realise that all the emotions of the mind can be expressed without words,” he told us. 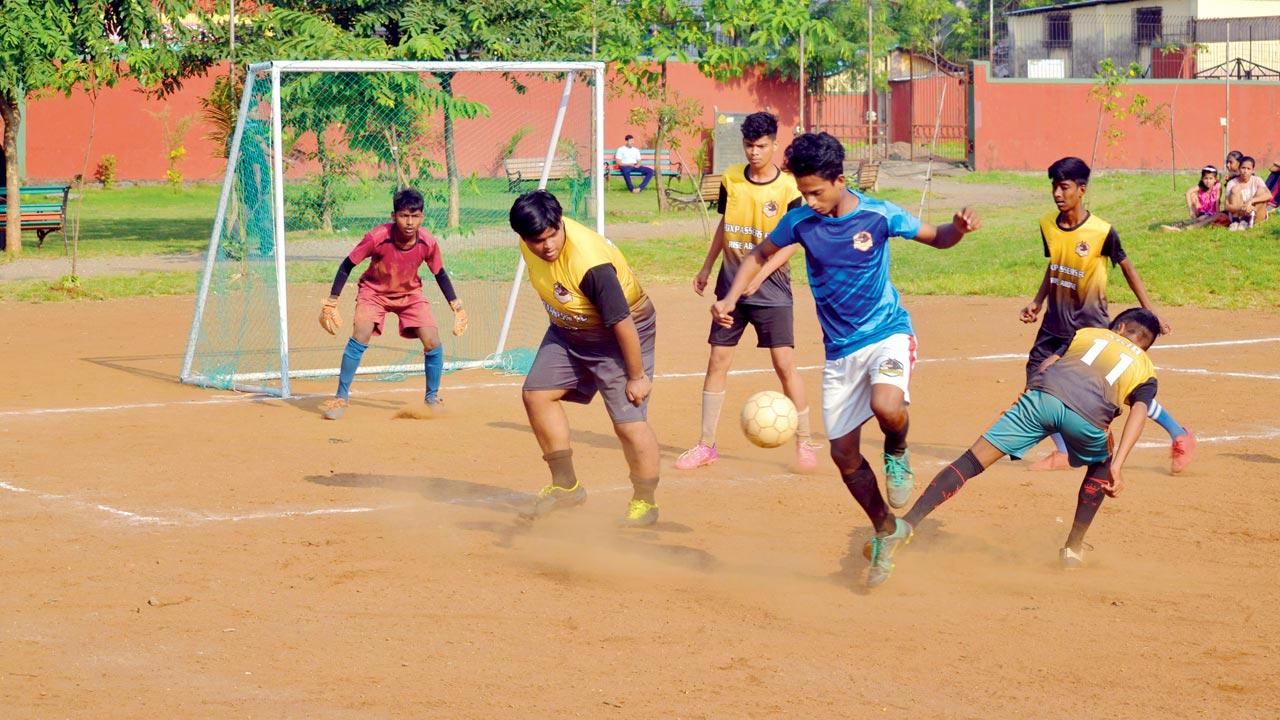 Young boys from Foxpassers Football Club practise for the festival

Fans of the beautiful game can now mark their calendars with a new football festival brewing in the eastern suburbs. The Next Page, a community centre dedicated to the upliftment of Govandi’s children and youth, recently launched Govandi United Football Fest — a three-part match series. “The event is open for participation to residents. It will be held at the Shivaji Nagar BMC ground. Since its announcement, kids and adults from the area have been excited,” said founder Anoop Parik, who aims to build a local team to represent the city at the district level. The under-14 matches will take place between December 7 and 9, the under-18 matches between December 14 and 16 and the open match will happen in the last week of December.

A tribute to Babasaheb 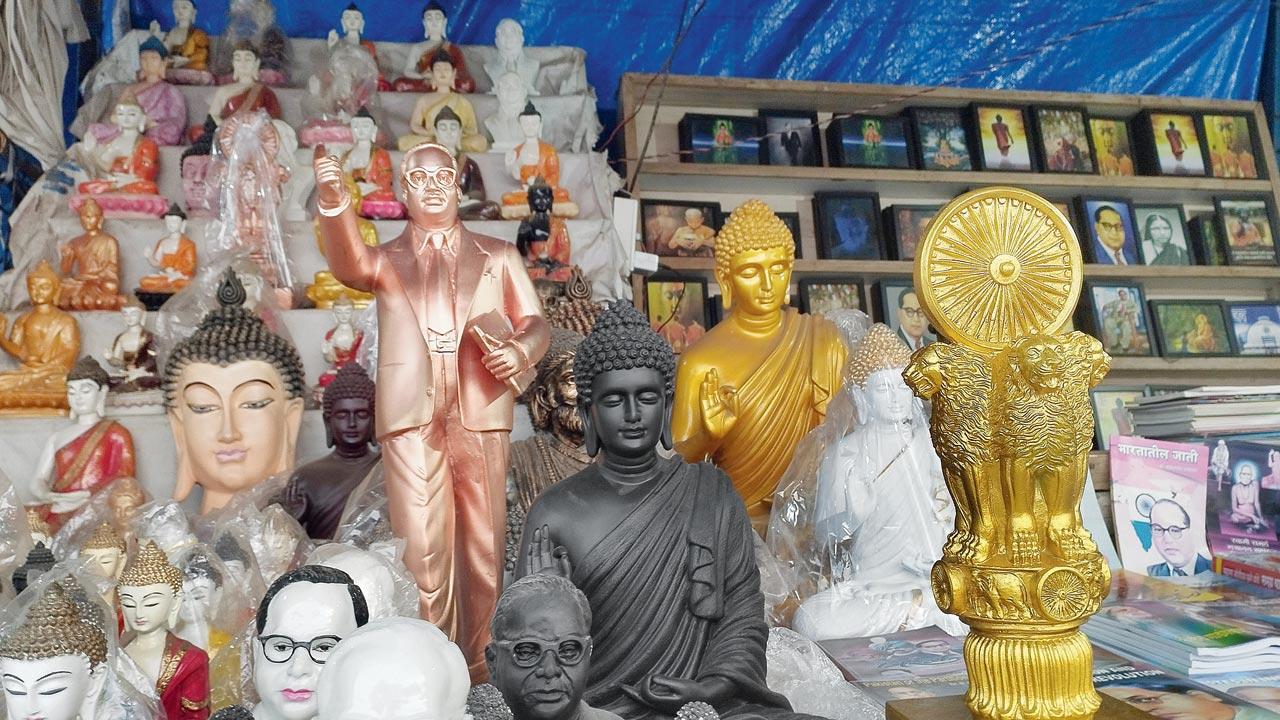 A moment from Waghmare’s film

Even as Dadar prepares for its annual pilgrimage of Mahaparinirvan Divas today after two years, documentary filmmaker Somnath Waghmare will be busy wrapping up the final touches to his eponymous film. The documentary, Chaityabhumi, will make its way to the theatres in 2023 with National Award-winning filmmaker Pa Ranjith onboard as producer. “The film started as an attempt to document Dalit poets and songs,” he revealed. But rewatching the footage, Waghmare realised it deserved more. To produce the film, he turned to a filmmaker who understood the nuance and its cultural context. “I approached Ranjith to help the film reach a larger audience. We don’t have a comparable name in Hindi or Marathi film production,” Waghmare noted. If all goes well, the film will release in time for Dr Ambedkar’s Jayanti in April 2023. 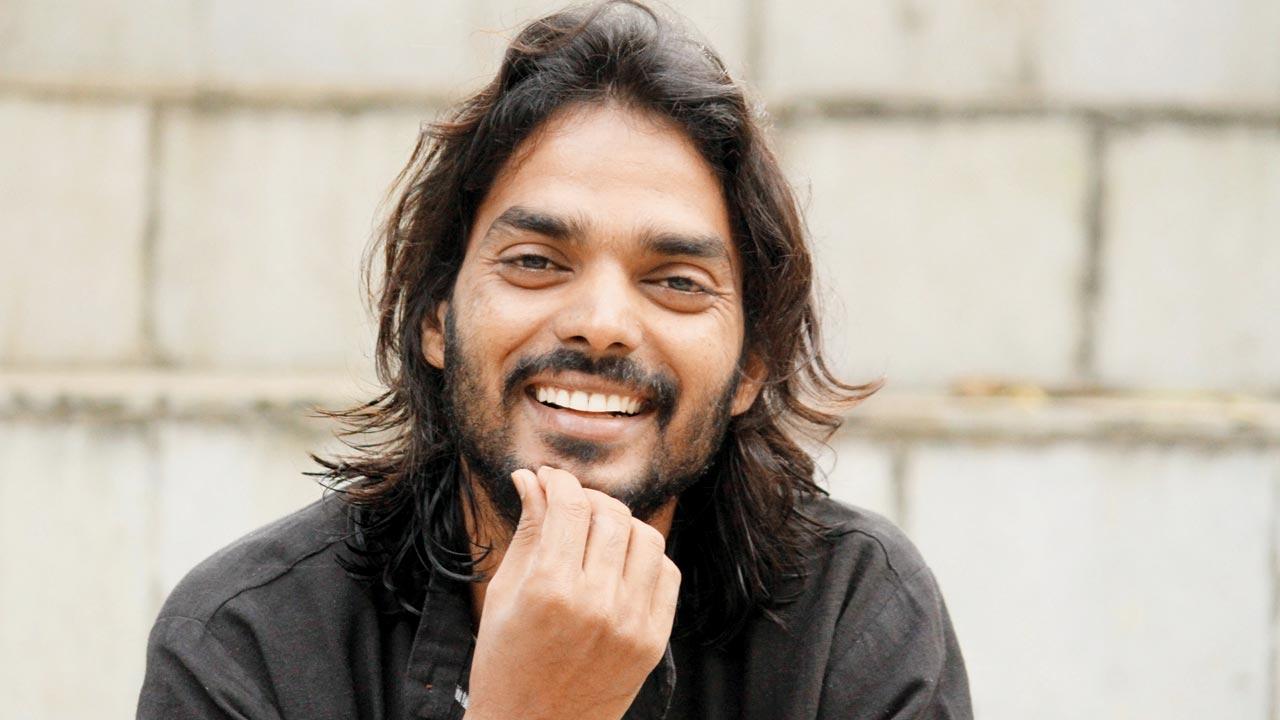 Making waves for a cause 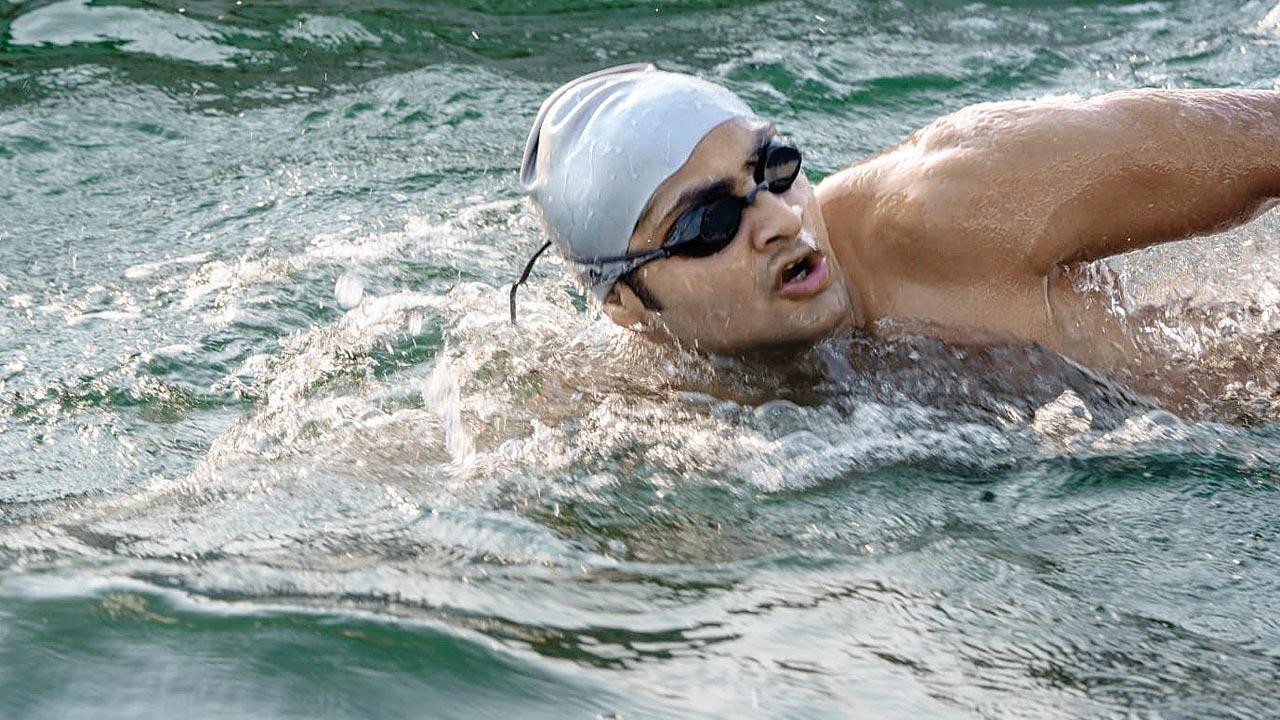 Dadiala swims his way to the world record

On November 20, Mumbai boy Aryan Singh Dadiala set a new world record by becoming the youngest to swim 32 kms of unexplored waters from Chapora Fort to Panjim Jetty in Goa. The swim was also an effort to raise awareness against drug abuse among youngsters. “I am 21, and have a young circle of friends. I have seen many close friends get trapped by addiction and drugs,” Dadiala said. The youngster spent six months training by swimming eight km across the Colaba Jetty. On the day of the swim, the tides changed forcing him to swim against the waves. Then, there were jellyfish that floated up and stung the swimmer all the way to Panjim. “At first, it felt easy. By the second stretch, it was a struggle,” he recalled. Having received felicitation by the state minister for sports, Dadiala plans to begin training for his next big attempt in Brazil come 2023. “We have not yet marked it down, but it will be quite a challenge in international waters. This time, it will be for yet another cause,” he told us.

Next Story : Mumbai: Metro-scarred roads to be restored now