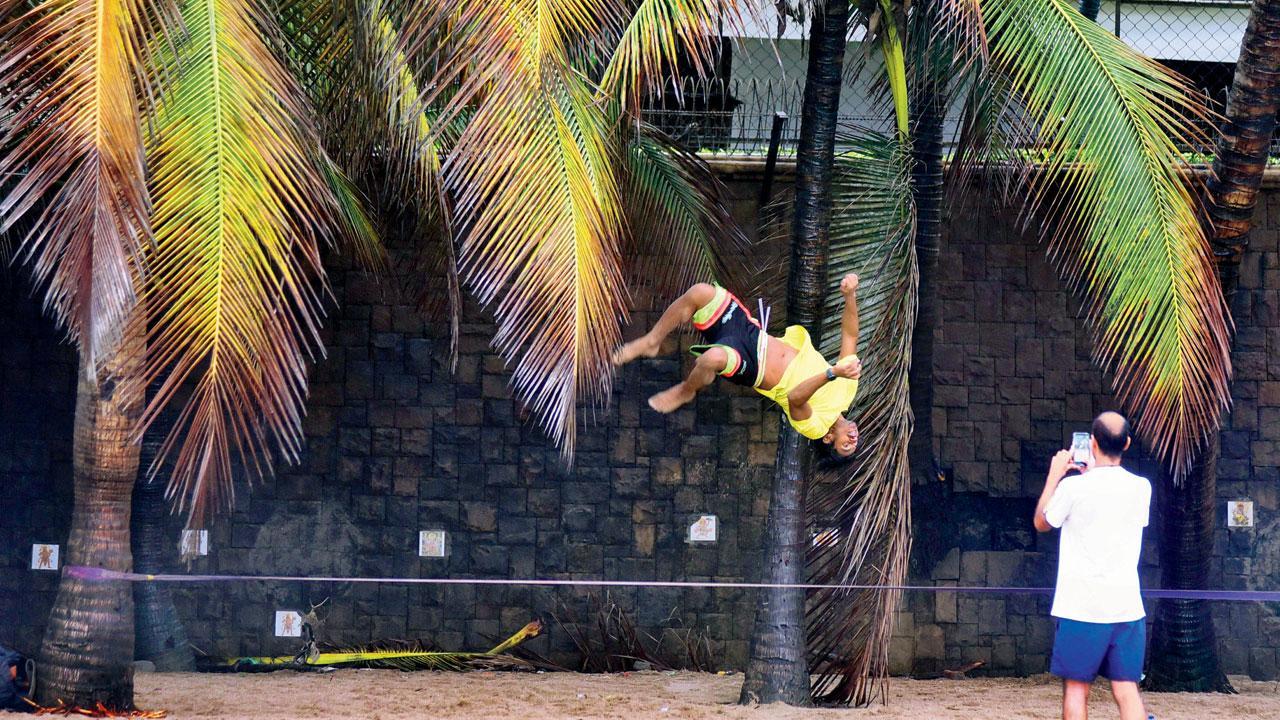 
Next champion high jumper in the making?

Whether Commonwealth Games bronze medallist Tejaswin Shankar inspired him or not, we can’t tell but this man knows how to keep his feet off the ground with a somersault on Juhu Beach 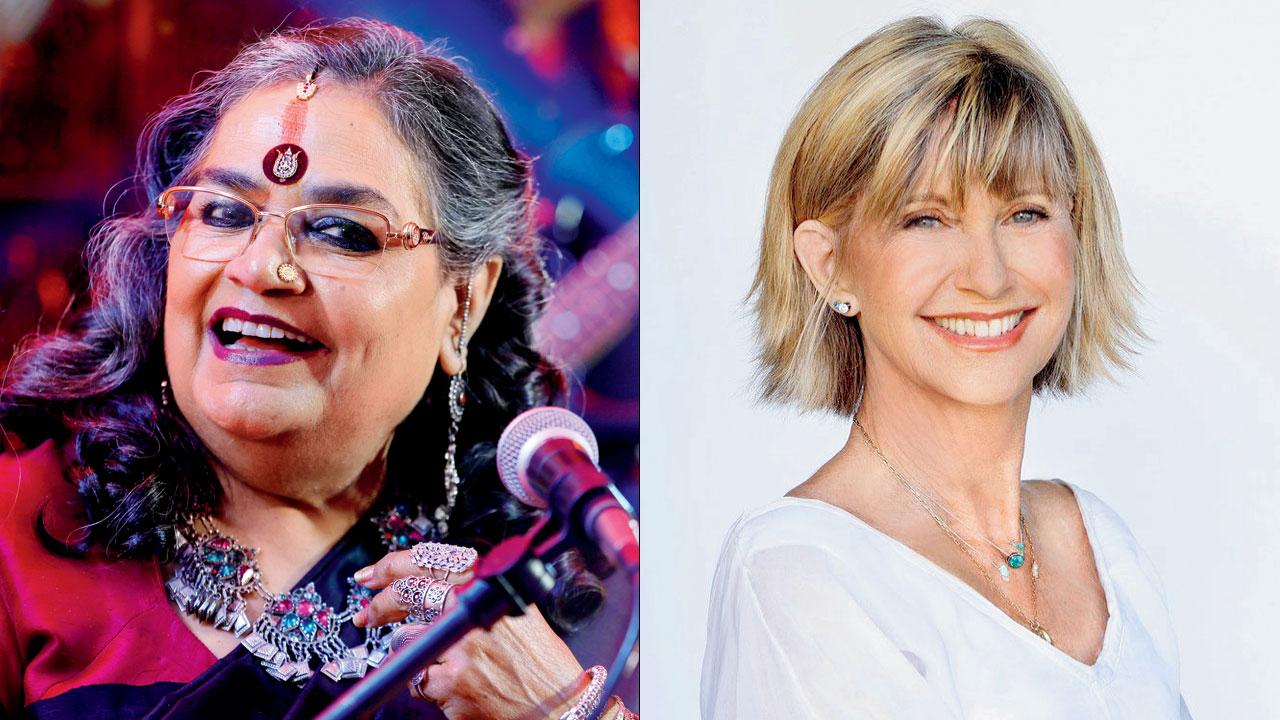 A chapter in popular music ended with the demise of British-Australian actress and singer Olivia Newton-John on Monday. Closer home, singer Usha Uthup shared her sadness upon hearing the news of the Grease star’s passing. “I cannot think of one singer, myself included, who didn’t sing her songs or were hopelessly devoted to her numbers, which if you didn’t have in your repertoire, was bad news.” The singer remarked that Newton-John’s hit Hopelessly devoted to you, remains the most important song in any nightclub singer’s repertoire. It is a measure of her popularity that in an age before YouTube or television, people were glued to her songs, Uthup added. While noting that there were too many good songs to pick out from, Uthup said, “She was a youth icon. All the girls wanted to look like her and all the youngsters wanted to dance like she did.” Go in peace, Sandy.

In the art of Govandi 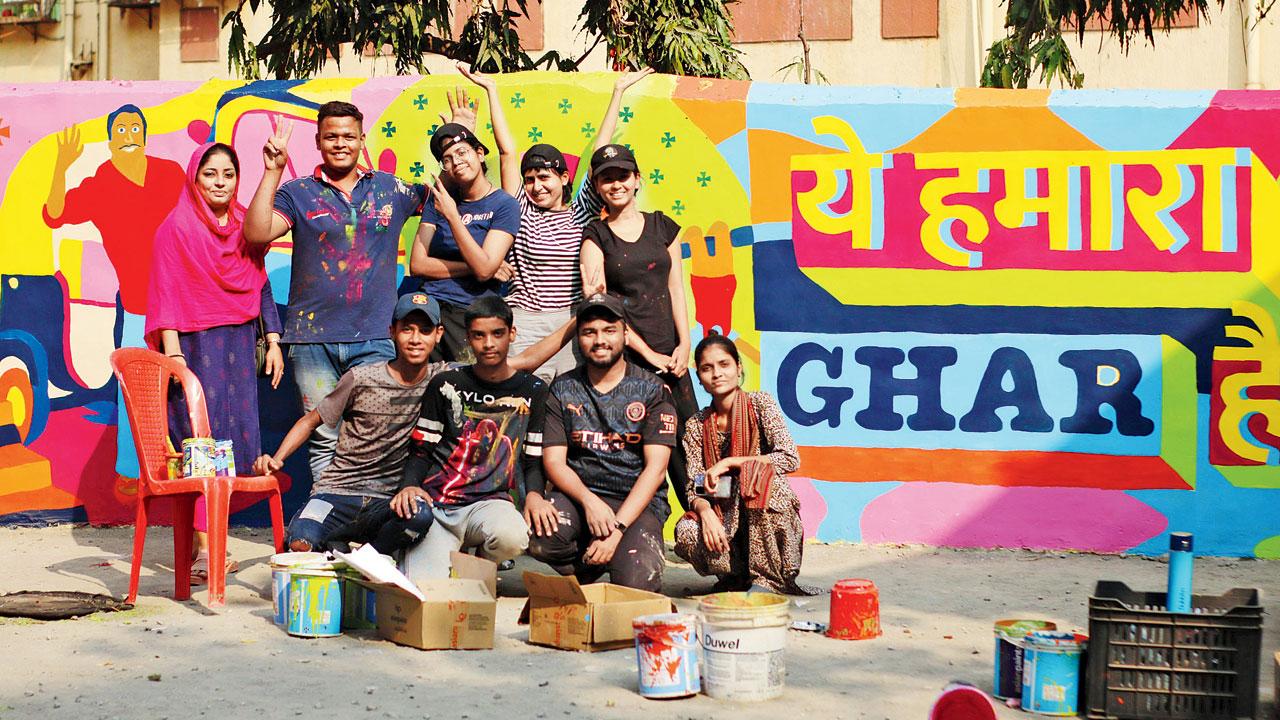 A mural painted by the youth of Govandi painted in 2021. Pic Courtesy/Moin Shaikh

A wave of art is taking over the bylanes of Govandi. Locations that were hubs for drug consumption and squabbles are being reclaimed with paints, plants and benches. And youngsters are dabbling in public art, films, music, theatre and photography under the watchful eyes of mentors. Come January 2023, their experiments will culminate in a celebration of their neighbourhood at the Govandi Arts Festival. A part of the British Council’s initiative, India/UK Together: A Season of Culture, the fest is curated by urban practitioner and writer Bhawna Jaimini and artist-researcher Natasha Sharma, in partnership with Community Design Agency and UK-based Streets Reimagined and Lamplighters Arts CIC. “We’ve been working in the neighbourhood for six years now. Inspired by the youth, we wondered what we could do to help them express themselves and what Govandi means to them,” said Jaimini. Sharma added that the idea is to highlight the oft-ignored locality, its plight, and change biases about Govandi. Apart from mentoring the youth, they’re inviting artists for a residency programme. Head to govandiartsfestival.com to give it a shot. 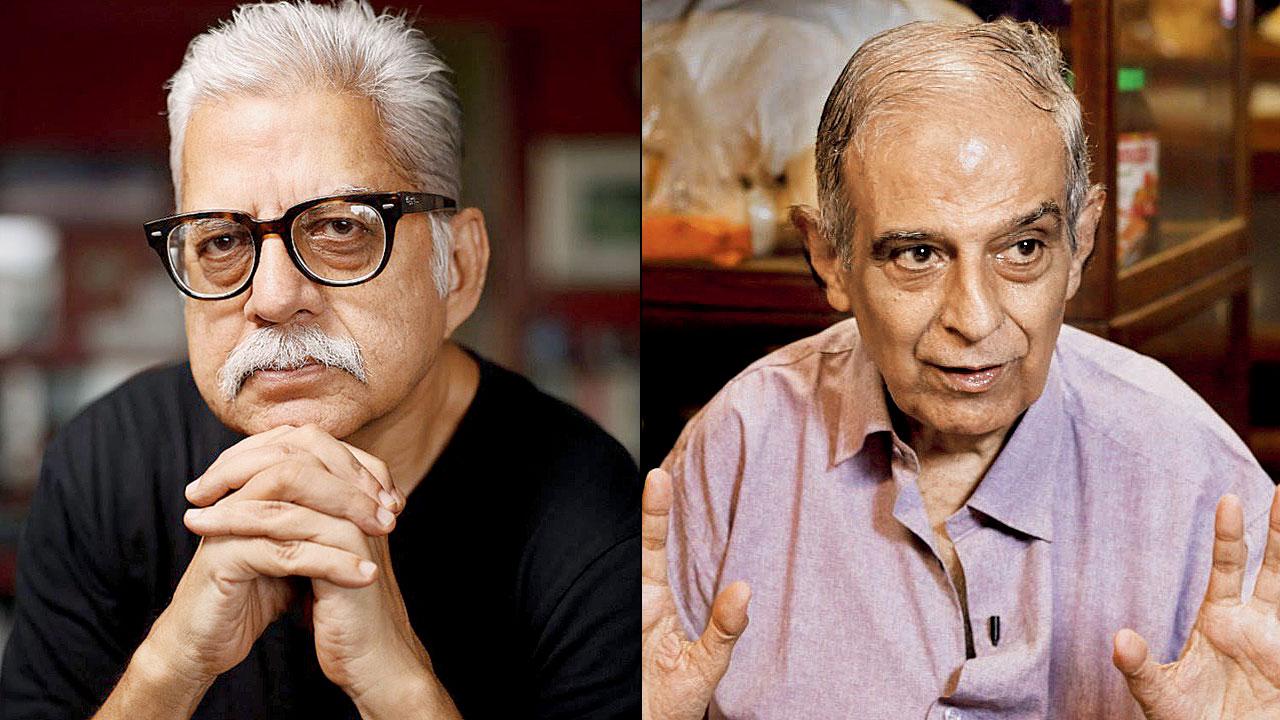 On Sunday, filmmaker Rafeeq Ellias (inset) was awarded the Satyajit Ray Golden award for Best Documentary at the 5th South Asian Short Film Festival for If Memory Serves Me Right. The film was born of a 25-year-long friendship with his subject, late critic and restaurateur, Rashid Irani (right). Ellias reminisced, “He was always interesting because he was a film lover of the highest order. He was erudite, encyclopaedic and a great guy to have a conversation with,” Ellias said. The idea for the film sparked off before the pandemic, and was encouraged by Irani. “Sadly, he only saw bits and pieces of the film, before his sudden passing,” the filmmaker revealed. As a passionate cinephile, Irani would have enjoyed winning an award in the name of the master, Satyajit Ray, with this film. 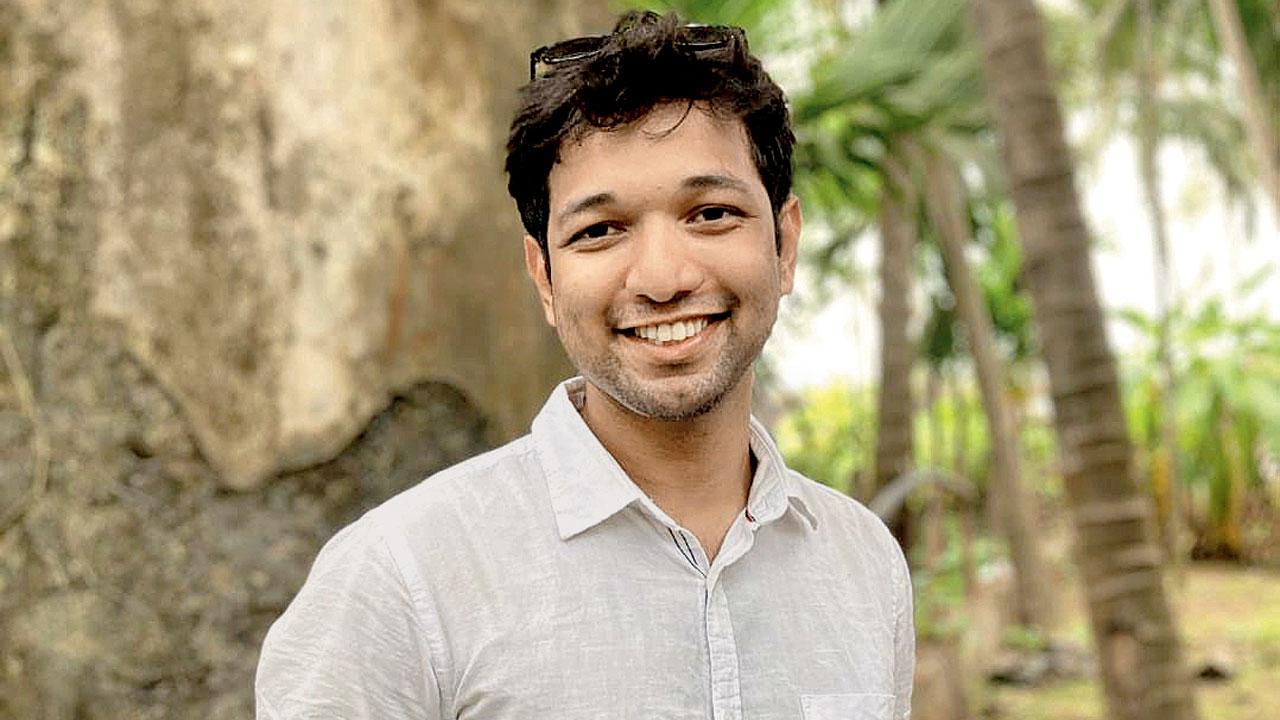 For Alibaug native Siddharaj Thale watching the garbage piled on the beaches of this coastal town is personally distressing. On Monday, the 24-year old lawyer joined his friends in a drive to clean Varsoli beach. His social media post on the event caught our eye. “It was 10 of us, with several other volunteers. We spent five hours cleaning the place,” he said. Despite the arduous effort, the team only managed to clean a 20-foot patch. Recalling his childhood, the lawyer said the town had better waste management, with every home practising decomposition. “It’s a different story now,” he said. The rampant tourism and lack of awareness have added to Alibaug’s troubles, Thale observed.

Time to step up 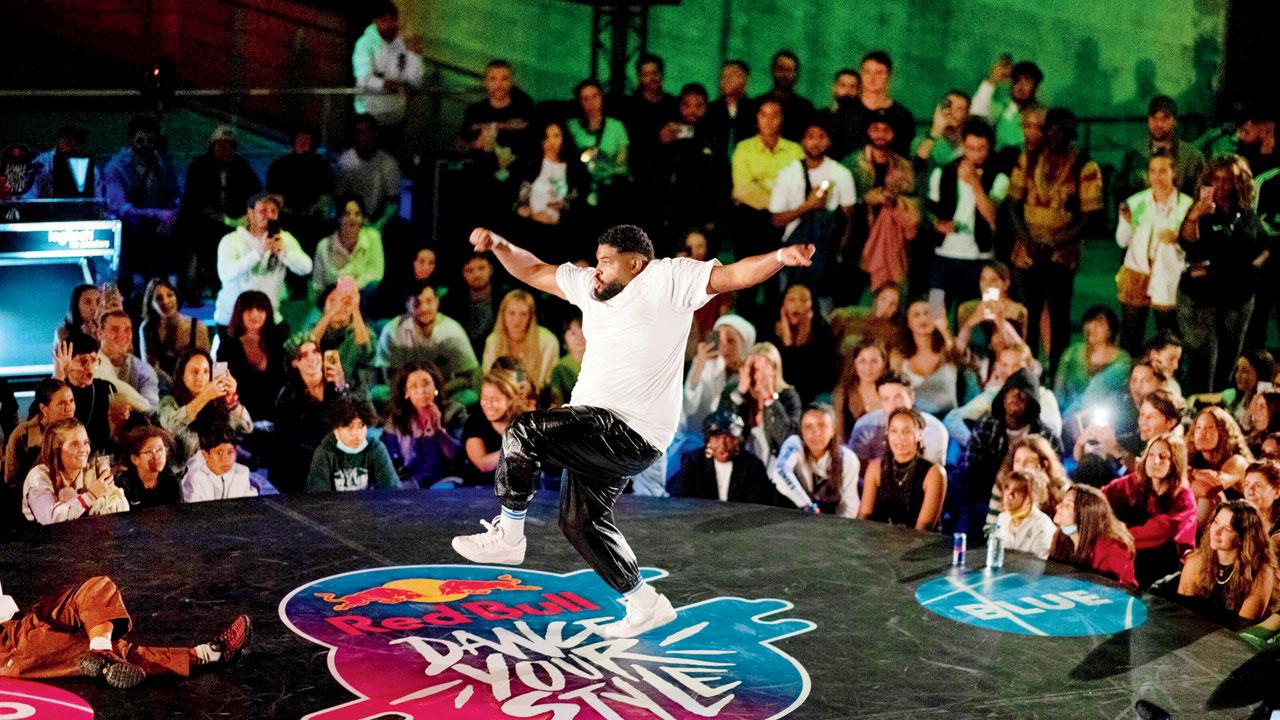 BouBou performs at a previous edition of the competition

Now in its second edition, global street dance event Red Bull Dance Your Style 2022, will be presented in a unique format, with the audience as judge. Street dance styles including hip-hop, popping, locking, krumping, dancehall and Afro can feature in the event. “The competition has a crowd-voting format, which is interesting because, usually, competitors have to convince judges who are experts. In this case, they have to entertain audiences who are not necessarily dancers,” said BouBou (in pic), a judge for their digital qualifiers. Registrations will be accepted till August 18. The winner from India will be invited to perform at Johannesburg later this year.