Mumbai: Did couple take tips from Hindi film to mislead the police?

Police find uncle, aunt of missing girl watched the movie Drishyam a lot; mirroring its plot, they later told cops they saw her a few times 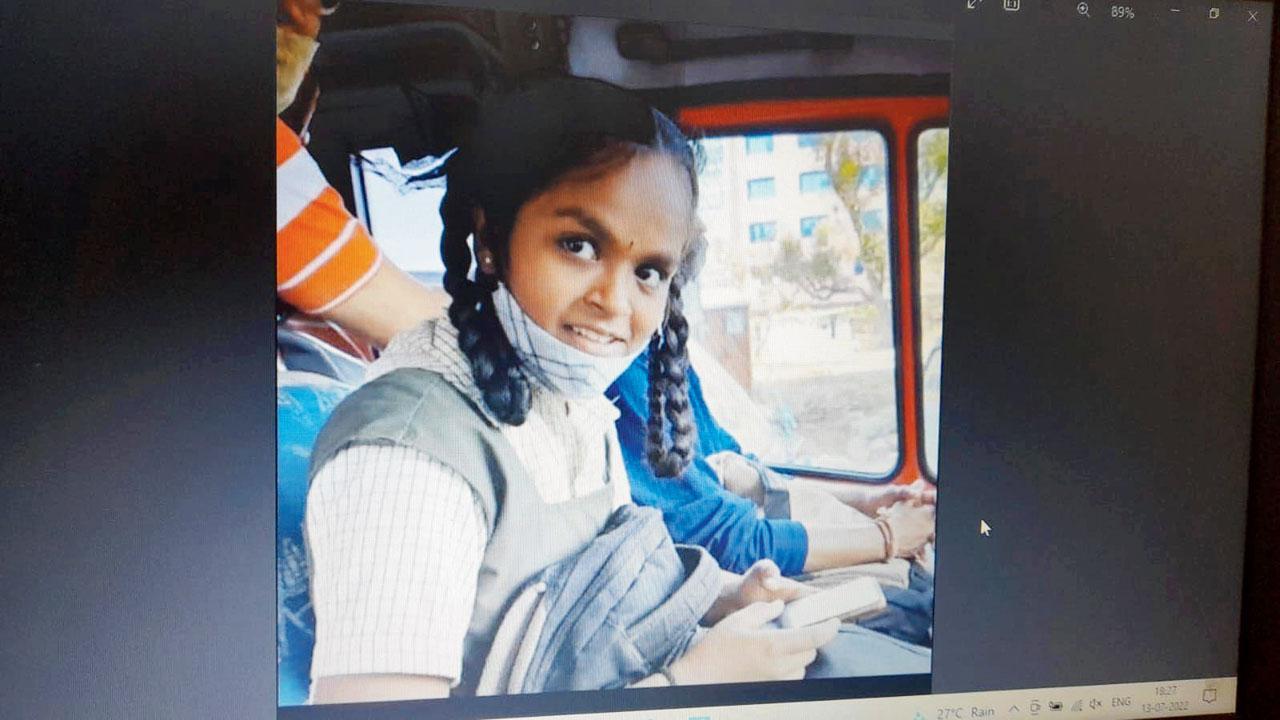 
After an in-depth investigation of two months, the Malwani police have found some evidence which hints to the fact that the 12-year-old missing girl Janvi Hadal, could have been murdered by her uncle and aunt. Police also found that the couple had watched the movie Drishyam five times and claimed they used the modus operandi shown in the Ajay Devgan movie, saying they had dropped her off to school the day she allegedly went missing and then saw her a few times when she had gone ‘missing’.

The girl had allegedly gone missing on April 19 as claimed by her uncle and aunt, who approached the police the next day to report this. The girl, Janhvi Hadal, was a resident of Madh village at Malad West and stayed with her uncle Sandesh Ganpat Hadal and aunt Jyoti Hadal. The police said the couple created a story that she went missing after they allegedly hit her with a stick at their home.

In the past two months the police recorded the statements of a doctor, Ashok HA, who runs Sai clinic in the area, and of the girl’s 9-year-old brother, who revealed that his sister was hit by his uncle and aunt with a stick on April 19. Janhvi, a Std VII student at a Goregaon school, stayed with her uncle and aunt and brother as their parents were separated.

Dr Ashok HA said, “The couple came to my clinic at around 10 pm on April 19 with the girl who had received serious injuries to her head. She was unconscious and I refused to treat her because the injuries were serious and asked them to take her to a big hospital.” However, the police said the couple did not take her home or to a hospital. Her father has told the police Janhvi had been operated on for a valve issue in her heart and even falling unconscious could have killed her. On April 20 in the evening the couple approached the Malwani police and told them that their niece Janhvi hadn’t returned from school.

PI Crime, Mahendra Suryawanshi, Malwani police station, said, “We checked the CCTV cameras in the school area but didn’t see the girl. We also spoke to teachers and the principal but they said she was absent that day. Few days later the couple told us that the girl was seen at Dahisar. We checked Dahisar but didn’t find her. A few days later they told us that they seen the girl with a boy on a bike at Goregaon. We again checked the Goregaon area but didn’t find her. They also told us they saw her at Goregaon station.”

“We found it suspicious that five times the girl was seen by them and their friends, but we didn’t see her in CCTV cameras. Finally we found a CCTV camera outside a decorator’s shop. It was also near the doctor’s clinic where they had taken her. The decorator revealed that the couple had met him a few times and asked him how many days backup he had in the CCTV footage. The couple misguided us with the Dahisar, Borivli and Goregaon clues in which they said they had seen the girl,” PI Suryawanshi further said.

“Janhvi’s brother also told us that the couple took her to a doctor after beating her up. In the morning they told him Janhvi had gone to school. He also told us that after Janhvi went missing, his uncle and aunty watched the Drishyam movie five times on their mobile phones. He also asked then why they were watching it so many times and the couple told him that it was interesting,” PI Suryawanshi added.

When we spoke to neighbours and acquaintances of the couple, they kept referring to the date April 20. When we delved deeper, we found the couple had kept telling them about her with references of the date, for instance, ‘remember I met you with her on April 20? she’s missing since then.’ The couple used the Drishyam movie trick and still they are lying. We have sufficient evidence now to prove that she was not missing,” Suryawanshi said.

The area near the couple’s house is swampy and the police suspect that they killed her and threw her body into the muddy water. Police have arrested the couple under Sections 363 (punishment for kidnapping), 366A (procuring a minor girl), 368 (wrongfully concealing or keeping in confinement, kidnapped or abducted person) and 34 (common intention) of the IPC.