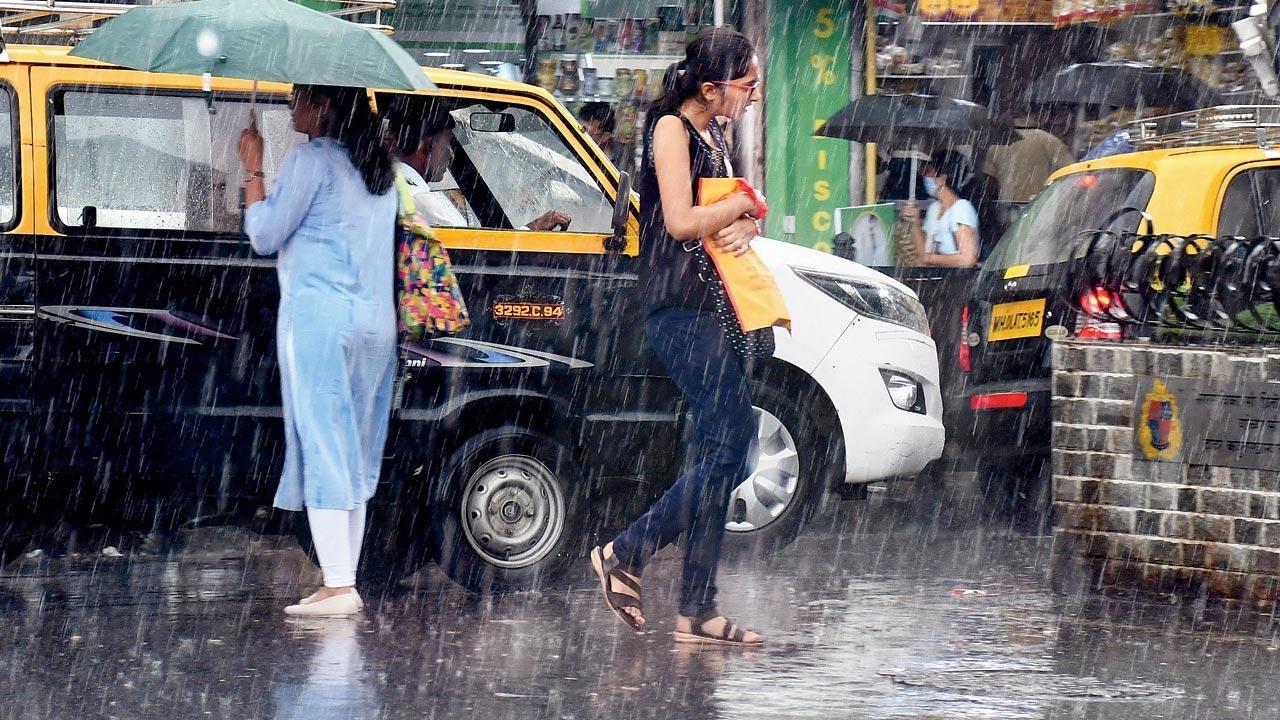 
With above-average rainfall in July and August so far, the seasonal rainfall in the city this year has already surpassed the 2,000-mm mark. As another month and half is left of the four-month season, Mumbai is estimated to see more than the seasonal average.

Since June 1, Mumbai has received a total of 2,030.3 mm of rain, against the seasonal normal of 2,205 mm for the four months of monsoon. This means the city has covered around 87 per cent of total seasonal rainfall.

This year the city rainfall crossed the 2,000-mm mark in 77 days. The record for the fastest 2,000 mm rainfall at Santacruz was last year it touched the mark in just 52 days. The second fastest was in 1965 when rainfall reached the mark in 60 days.

As per the India Meteorological Department (IMD), there will be light to moderate rainfall in the city and suburbs in the next 24 to 48 hours. In its forecast for Saturday, IMD sounded a yellow alert for North Konkan, south Konkan and Goa, Madhya Maharashtra, and Marathwada, predicting heavy rainfall in isolated and ghat areas and an orange alert for Vidarbha, predicting thunderstorms and heavy to very heavy rainfall. “The weather system currently shows that rain will subside from Saturday. However, currently, all eyes are on the depression that is forming in the Bay of Bengal since Friday. The move of the depression will determine if the intensity of rains in the state will increase or not,” said an IMD official.

As per meteorologists from popular weather blog Vagaries of Weather, the depression will move west, and due to the small area covered over the sea, will intensify to the next stage if it crosseses North Odisha /Gangetic West Bengal Coast on Friday night.

“Impact of heavy rain due to this system will be in from Sunday and will persist till Monday. Later, on August 22, it will affect areas in North Gujarat with moderate to heavy rains,” said Rajesh Kapadia of Vagaries of Weather.

He added, “Mumbai and adjoining areas will witness an increase in rainfall from Sunday. Presently Mumbai is getting few passing showers, measuring around 10 mm/day. From Sunday, a marginal increase in showers will give around 25-30 mm/day.”

Meanwhile, a meteorologist from private forecaster Skymet said, “The depression which was in the Bay of Bengal and was supposed to intensify into a deep depression has now become a Tropical Cyclone as per the Joint Typhoon Warning Centre.”

Meanwhile, water stock in the seven lakes supplying water to Mumbai have increased to 95.94 per cent of the total capacity. According to BMC data, as of August 19, all seven lakes had 13,88,574 million litres of water against the total capacity of 14,47,363 lakh million litres. The water stock last year during the same time stood at 84.21 per cent.

Mumbai draws water from Bhatsa, Middle Vaitarna, Upper Vaitarna, Tansa and Modak Sagar, which are in Thane and Nashik districts, and Tulsi and Vihar which are located within city limits.