The seizure near Roha fuels suspicions of wildlife trade in Konkan belt; the mammals are believed to be most widely trafficked animals in world 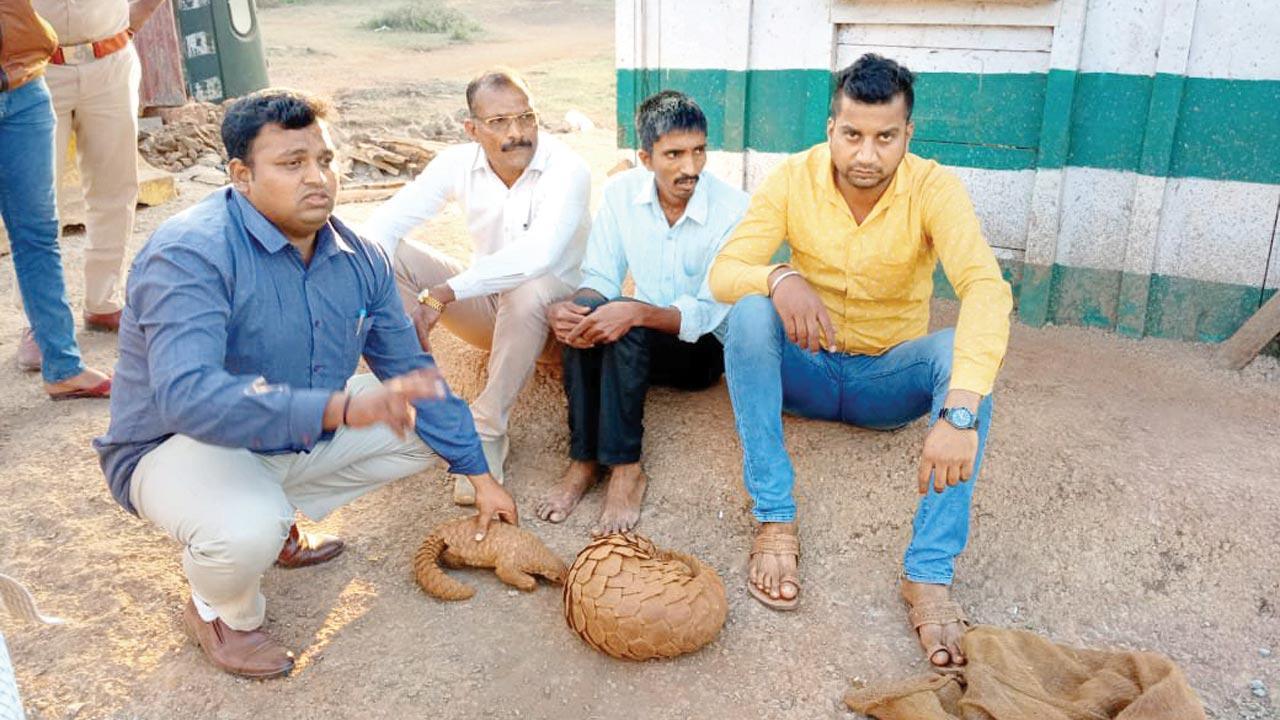 
Forest officials have recovered a pangolin and its pup from three persons from Roha, raising suspicions of traffickers operating in the Konkan belt. The men were intercepted on the Mumbai-Goa highway on Tuesday.

The scaly anteater is an endangered species and is believed to be the most widely trafficked animal in the world.

“We had received a tip that some people were going to transport pangolins. As per primary information, the three were coming from Chiplun. We have recovered a female pangolin and its pup from them,” a senior forest official told mid-day.

The alleged traffickers have been booked under the Wildlife Protection Act. “We are trying to find out if these people are a part of a racket that is involved in trafficking of wild animals,” added the official.

Experts said pangolin scales are in high demand in Asia, particularly for use in traditional Chinese medicines, though there is no evidence to support this belief. Its meat is considered a delicacy in some countries.

According to the website of the Wildlife Crime Control Bureau, inadequate information on population and distribution of pangolins increases the threats to the species arising from hunting and poaching.

“There is now greater evidence of its inclusion in illicit international trade, in particular its scales, from India through Myanmar to China and south East Asian countries as the most likely, final destinations,” says the portal.

While Indian pangolins are found across the country, the species known as Chinese pangolin is seen in north-eastern states and parts of West Bengal.

After the COVID outbreak, there were swirling rumours that it was linked to pangolins, but the claims were never proved.

Next Story : Mumbai: NGO complains to MBMC, Chief Minister about spelling mistake in name of Bhayandar