Mumbai: Give us a fare hike or 40 per cent discount on CNG, demand autorickshaw drivers 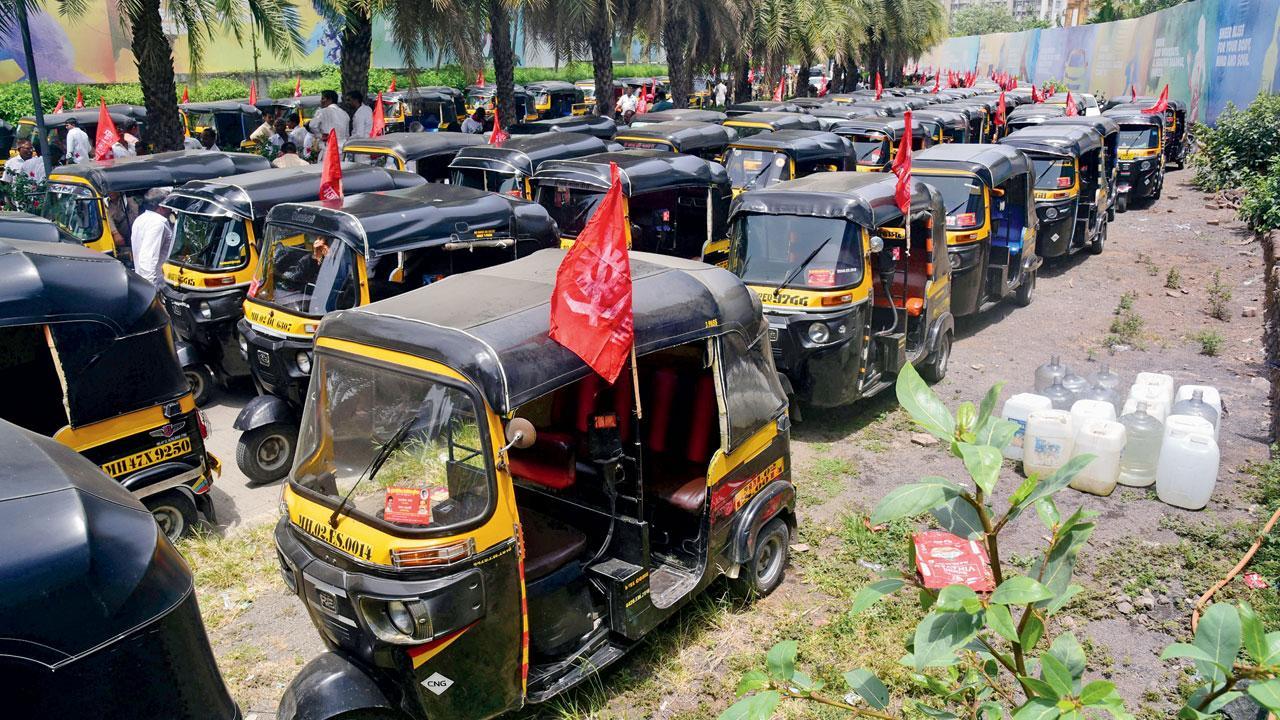 Auto drivers and owners protest against CNG price hike, outside the BKC office of Mahanagar Gas, on May 17. Pic/Shadab Khan


With a kilo of CNG retailing at Rs 86, the autorickshaw drivers’ union has demanded a 40 per cent discount on compressed natural gas or a fare hike to compensate for the steep rise in the fuel price. The prices of CNG and domestic piped natural gas (PNG) increased in Mumbai from midnight on August 2. This is the fifth hike in the prices of CNG and PNG in the city. As per details, CNG is now being sold at Rs 86 a kg, which is an increase of Rs 6 over its earlier price, while PNG costs Rs 52.50 per standard cubic metre (SCM), an increase of Rs 4. The last hike in CNG rates was on July 12.

CNG prices have been raised several times in recent months due to rise in import costs. Imports are done to meet the shortfall in domestic gas allocation. Mumbai Automen Union leader Shashank Sharad Rao has written to the chief minister spelling out their demands. “We have been told to compulsorily use CNG fuel, which we have done and converted all autos into CNG. But the government has also allowed and encouraged private vehicles to operate on CNG, which has led to an increase in the user base of CNG. Given the huge demand, the government has been forced to import the gas in addition to the local production, which has led to an increase in prices,” Rao said.

“The Maharashtra government is a 10 per cent stakeholder in Mahanagar Gas Limited [MGL] and we have written letters to the Maharashtra government and the MGL that the local production of CNG should be available for a cheaper rate for us and being a public transporter, it should be diverted to us on priority. Once this is done, the prices of CNG for our category will automatically come down. We, as first stakeholders and public transport, should be offered CNG at the production cost,” Rao added. “If it is not possible, the government should give us a temporary fare hike so that we could balance our wares,” he elaborated.