Fastags are of no use, each vehicle is checked and hence causing jams, say regular travellers 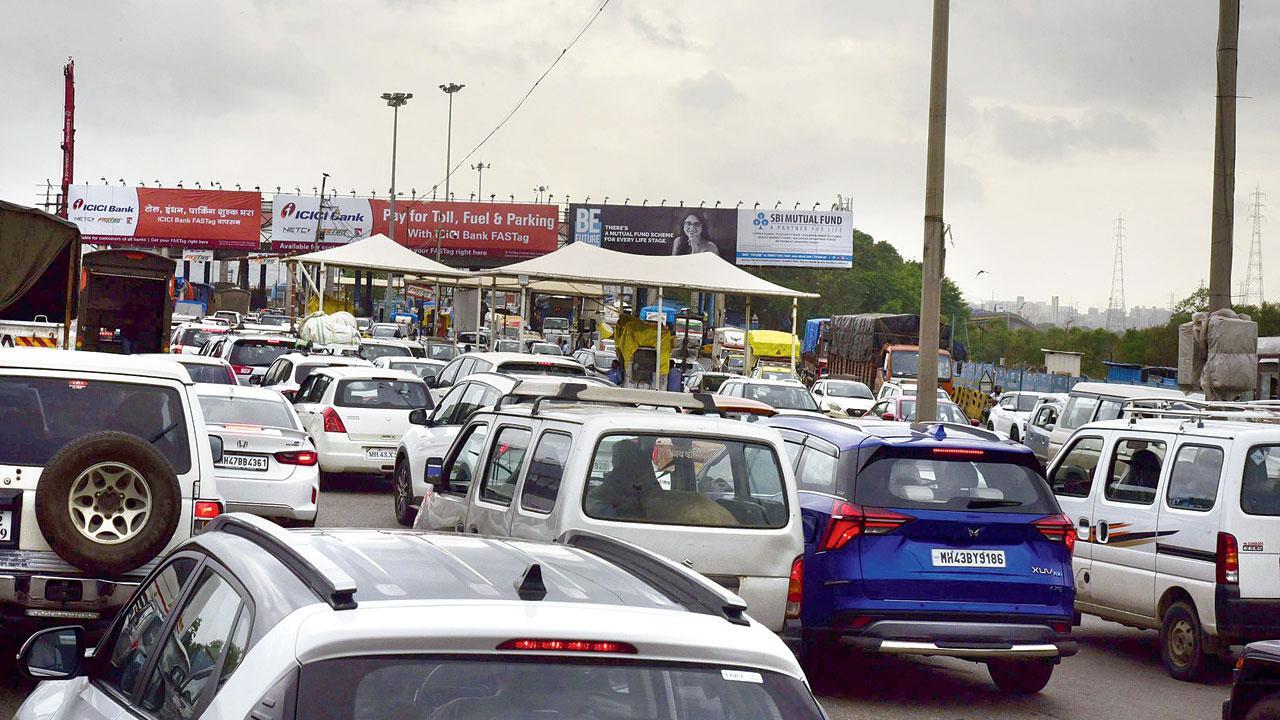 
Fed-up with the unending traffic snarls arising at the Vashi toll plaza, harrowed citizens have launched a social media campaign. The campaign #ScrapVashiTollNaka calls out the State government and the Maharashtra State Road Development Corporation (MSRDC) for the inefficient functioning of the plaza.

Enviornmentalist and Civic Activist BN Kumar, convenor of online group ACT (Alert Citizens Team) said, “What is shocking is that despite the fastag, the vehicular movement is dead slow. The fastag lanes are only for show, and the toll post staff hold physical scanners to check each and every vehicle. This is extremely frustrating.”

Navi Mumbai resident and motorist Siddharth K, who commutes to and fro Mumbai, said he spends about 20 minutes each at the toll post, both in the mornings and evenings. “So, it’s not only the time, but my CNG cost that matters to me,” he said.

Realty developer Dinesh Doshi, who commutes from Ghatkopar to Navi Mumbai daily, said the traffic scene from Mankhurd to Vashi toll naka and Turbhe-Vashi is horrific. “Surprisingly, the traffic is normal once you cross the toll post, which means the toll naka management is the culprit,” he said.

Supporting the ACT campaign, Doshi said “I wonder why we are paying for the toll and taxes. Today [Saturday], the traffic jam went up to Mankhurd on the Vashi bound side.” Venkat P, a resident of Sanpada, concurred with the campaign and said “I will vote for anyone who scraps the toll post.”

The existing toll plaza at Vashi has 10 lines, but in order to avoid traffic jam during morning and evening peak hours, the capacity of the plaza has been increased to 16 by putting up barricades etc.  MSRDC is also going to construct a new toll plaza near Vashi village with 10 more lanes and this is expected to solve the issue of traffic jam permanently.

Jayant Thakur, president of Parsik Hill Residents Association, said the management of the toll plaza needs to buck up. The physical screening of vehicles must be done away with, he said. If all goes according to plan, the traffic jam issue on Sion-Panvel highway near Vashi toll plaza will get resolved by 2023, as the MSRDC is expected to complete the construction work of two bridges over Thane Creek.

Kumar, an old-time resident of Navi Mumbai, recalled that then Maharashtra Public Works Minister Nitin Gadkari had promised that the traffic will just zip past the toll plaza. “This has remained a dream, the activist said. Hope our tweets and messages will reach the powers that be and the toll post will be scrapped, Vishnu Joshi,” a practising chartered accountant said. “I travel to Mumbai at least thrice a week and I am forced spend endless time, wasting fuel as well,”  he added.

Next Story : Mumbai: 20-year-old jumps off home in Vashi, ‘friend’ held for rape